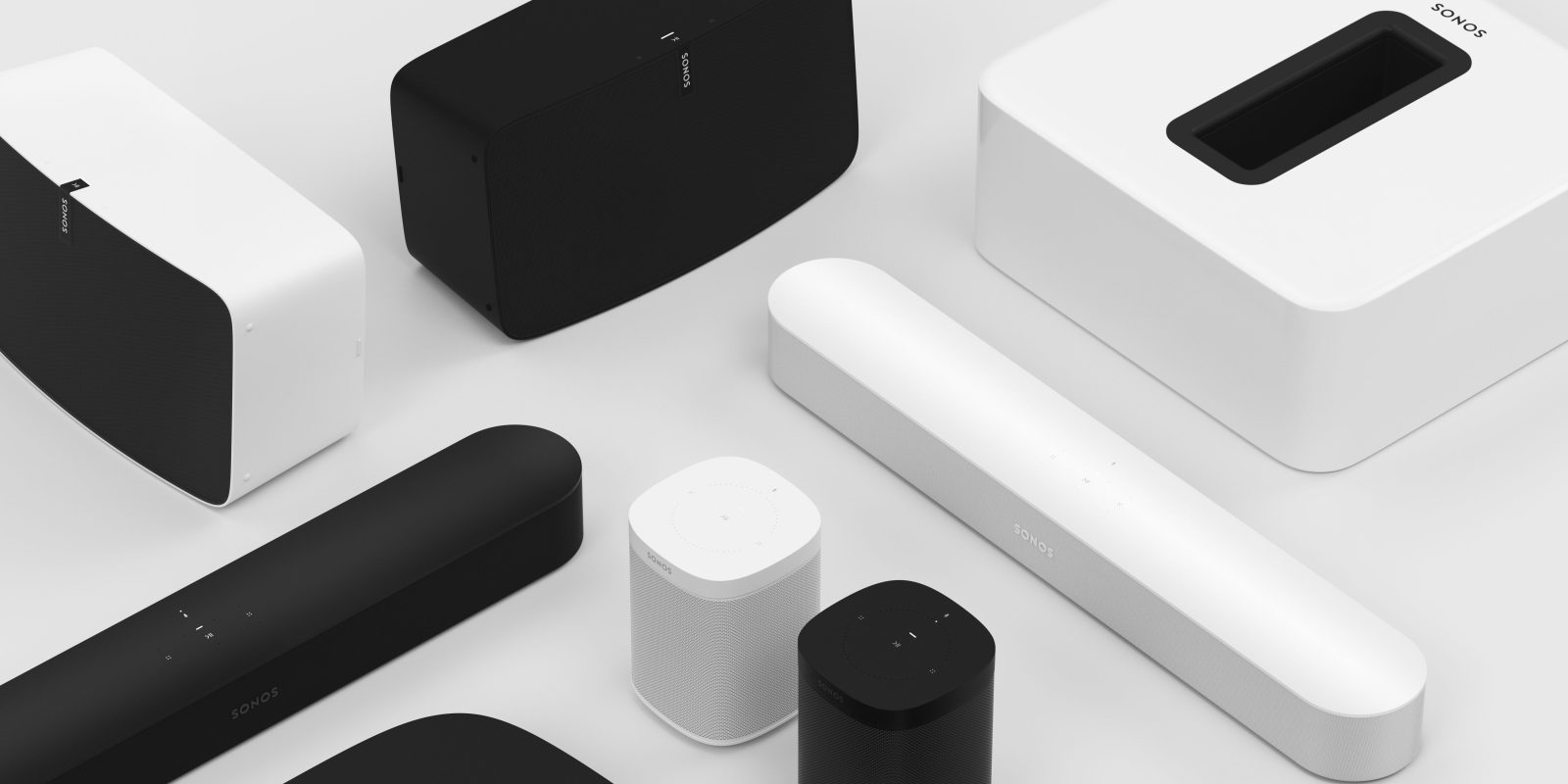 As Apple reportedly preps a smaller HomePod model for this year, Sonos could also soon announce a trio of new audio products. An anonymous 9to5Mac tipster says that Sonos is planning a new Playbar, Sub, and Play:5 for release as soon as June.

Update: Dave Zatz has obtained images of the upcoming Playbar, while also corroborating our report of a new Play:5 and Sub.

The Sonos Playbar was first released in February of 2013 and has gone without an update since then. In 2017, Sonos released the Playbase (full review) followed by the smaller and more affordable Beam in 2018 (full review). Most notably, according to our tipster, the upcoming refreshed Playbar will add support for Dolby Atmos.

Dolby Atmos has been a requested feature among many Sonos users, especially since the Apple TV added support for it. Dolby Atmos is described as an immersive sound experience that moves audio around you in three-dimensional space.

The tipster also suggests that Sonos is planning a new Play:5 and a new Sub. The second-generation Play:5 was originally released in November of 2015, while the Sub was released in 2012. Details about what could be coming with new versions of the products are unclear, but possibilities include audio improvements, connectivity upgrades, and potential design changes.

Sonos also filed two applications with the FCC last month, indicating that new products could be on the way as well. In the past, Sonos has filed FCC applications as soon as a month before a product’s release, which helps corroborate a release as early as June.

Furthermore, Sonos sent a survey to owners last year gauging interest in Dolby Atmos as well as a lower-cost “Sub Core” subwoofer. While surveys are rarely a direct indication of new products, they often provide glimpses at what a company is considering for the future.

Finally, what about AirPlay 2? The existing Sonos Play:5 does support the feature, so we would expect any new version to also offer the capability. The existing Playbar does not support AirPlay 2 by itself, so it is possible that Sonos adds it with the rumored 2020 revision.

Are you holding out for new Sonos products? What do you think of these rumors? Let us know down in the comments!