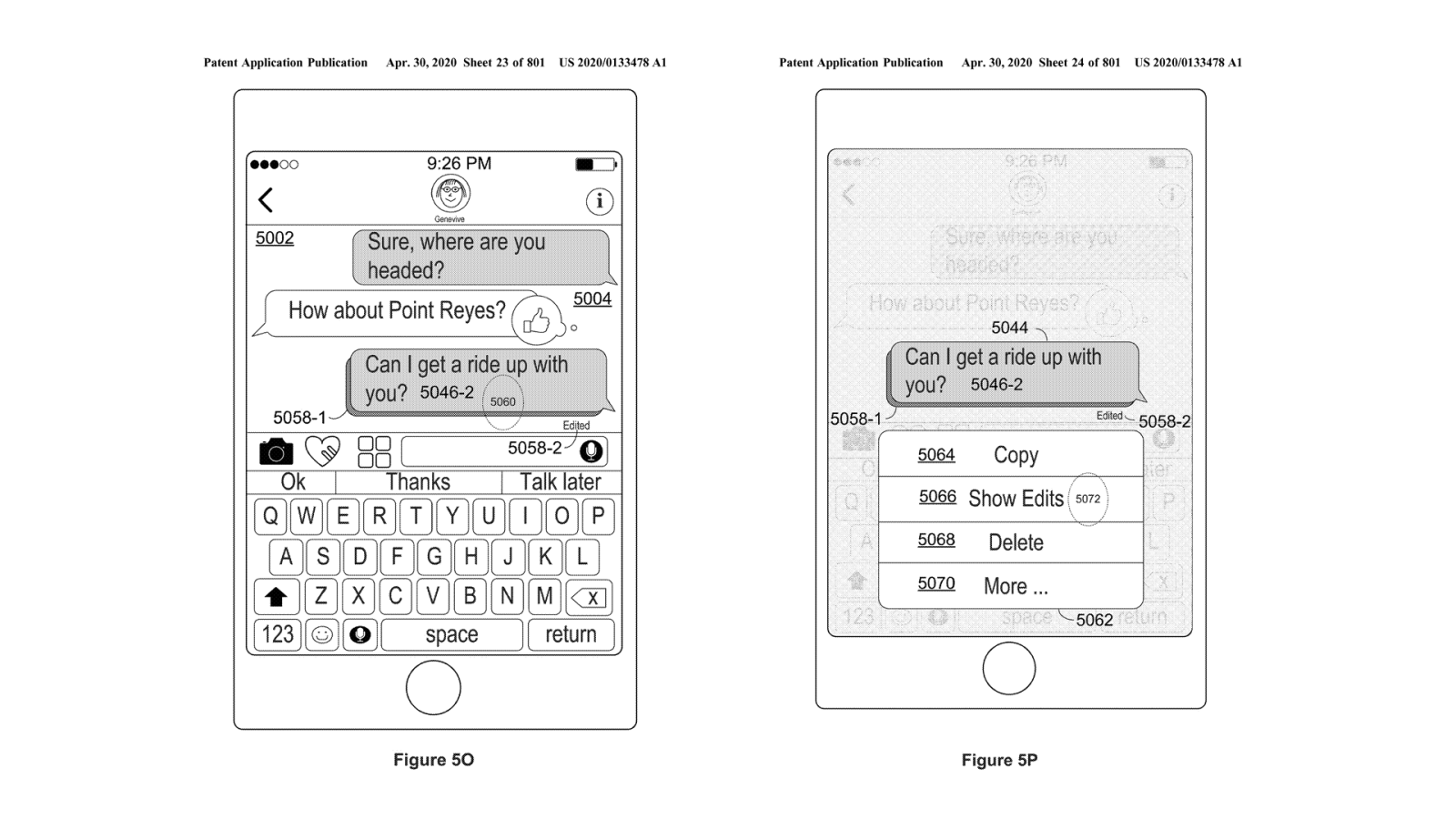 iMessage has come a long way since its introduction in 2011, but Apple’s messaging service is still behind competitors like WhatsApp and Telegram in some aspects. But now the company might be working on exciting new features for iMessage, as a new patent from Apple reveals an option to edit messages after they’ve been sent.

The patent was filed by Apple in December 2019 and published today by the United States Patent and Trademark Office (USPTO), which suggests that Apple may be planning to introduce some of these changes with iOS 14. First noted by AppleInsider, the document shows how the option to edit messages sent over iMessage would look like.

Apple claims that offering this option to users will provide a better messaging experience, as there will be no need to resend a new text to correct what was previously written.

Based on patent mockups, the option to edit sent messages will appear in the action menu by long-pressing on a message. Then, the user can correct the text or even change it completely. In order to avoid misunderstandings, the Messages app will indicate that a message has been edited, and the recipient will be able to see the original text.

In addition to editing sent messages, Apple also mentions “private messages” and “translate foreign language text” as part of the improvements they’re working on for iMessage in its latest patent. It’s important to note, however, that Apple sometimes registers patents for products and features that are never officially released.

I’d particularly love to see those options on iMessage. Right now, my favorite messaging app is Telegram due to integration with bots, options to edit and delete sent messages, auto-deleting chats, quotes, mentions, and more. I do like using iMessage to chat with friends and family, but I feel that the lack of features keeps it unattractive for work purposes.

What features do you miss on iMessage? Would you like to have the option to edit sent messages? Let us know in the comments below.