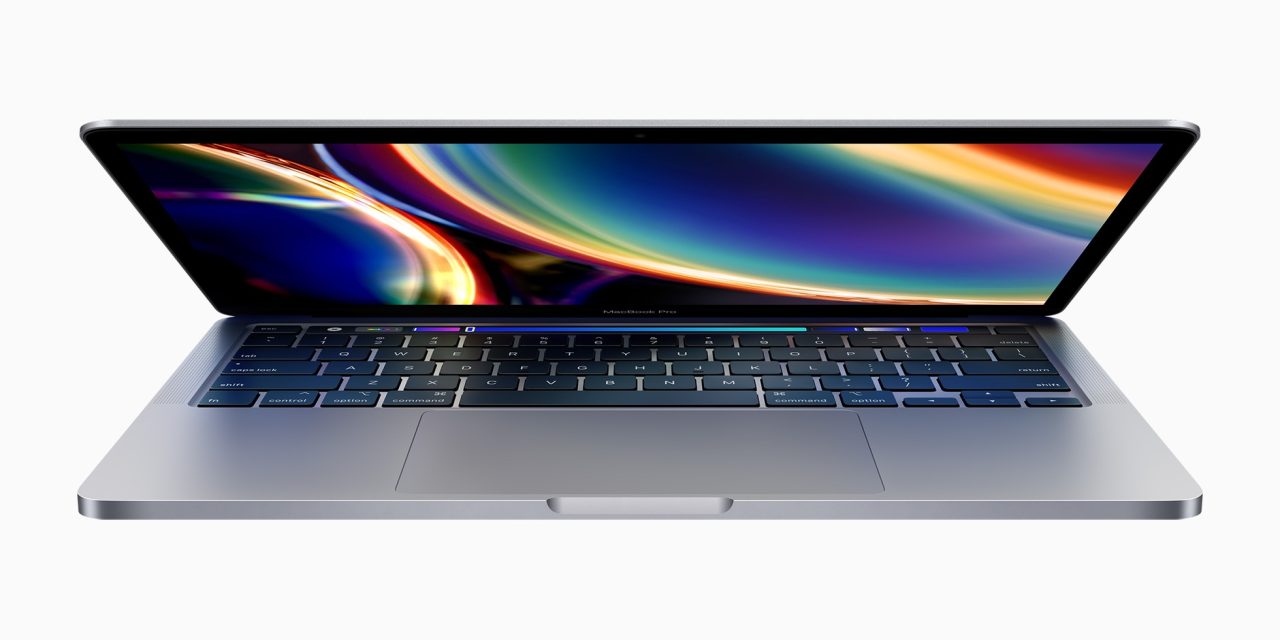 The new MacBook Pro is available to order today, starting at $1299. Apple has doubled the base SSD storage across all configurations.

The 13-inch MacBook Pro can now be specced to feature tenth-generation quad-core Intel CPUs, and offers 16 GB RAM as standard on certain models for the first time. Apple says the new processors are up to 2.8x faster than what was previously offered in the 13-inch MacBook Pro. However, the $1299 and $1499 SKUs still use the older 8th-gen CPUs.

After five years of complaints about the unreliable butterfly keyboard, Apple has transitioned its entire laptop lineup from butterfly to scissor switches over the last six months. The Magic Keyboard features normal inverted-T shape arrow keys, a physical Escape key, and more key travel. The keyboard continues to feature Touch ID button and the Touch Bar strip, instead of traditional function keys.

16 GB RAM is included as standard on the $1799 configuration, which comes with a quad core Intel Core i5 processor and 512 GB storage.

Unlike the 15-inch to 16-inch MacBook Pro upgrade, Apple does not seem to have changed the physical design of the new 13-inch MacBook Pro at all. It features the same screen size, and same large screen bezels as the previous generation.

The new 13-inch MacBook Pro starts at $1299, or $1199 for education customers. You can order the new MacBook Pro now, with first deliveries arriving later this week.