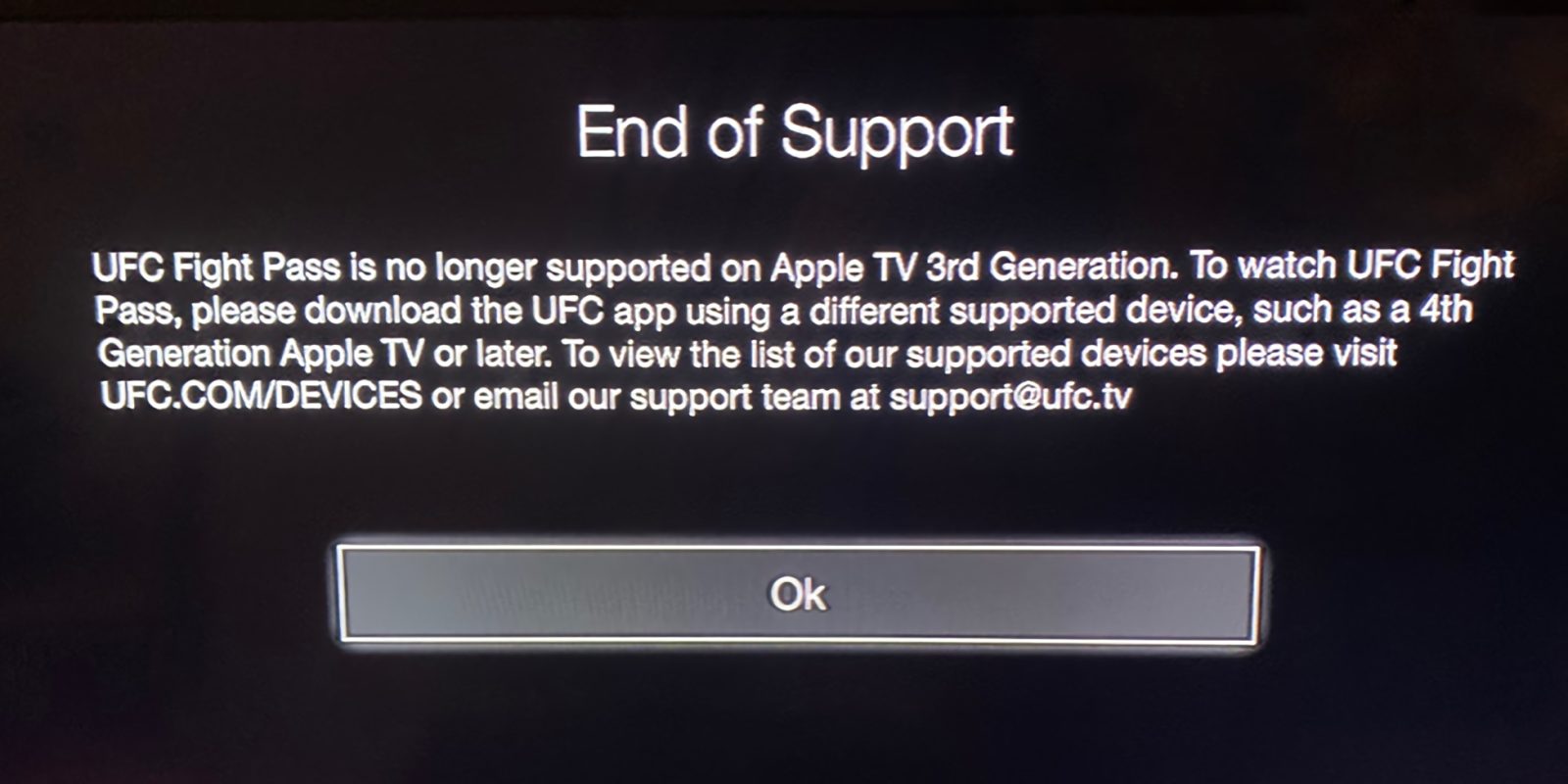 The mixed martial arts UFC channel on Apple TV is dropping support for older generation boxes. This means third-generation Apple TV users are unable to watch the upcoming Saturday fight, with an alert dialog simply telling them they should get a newer Apple TV or use an alternative streaming box.

The third-generation Apple TV was sold from 2012 through 2015. In fact, Apple sold it for as low as $69. This low price drove a lot of sales. Additionally, many owners of those boxes feel alienated by the higher price of the fourth-gen Apple TV ($149) or 4K Apple TV ($179/$199) and have simply held onto their boxes.

The third-gen Apple TV does not have an App Store, and only features content from about 30 providers. Unfortunately, it is come to the point where many of those content providers are leaving the third-gen Apple TV behind. We saw this happen with the HBO apps last month (which will stop working for third-generation users on May 15) and the UFC is the latest instance of this.

Customers of the UFC can either shell out the money for a new Apple TV (which may not be the best timing as there are many rumors of a hardware refresh coming later this year) or invest in a cheaper streaming stick solution like an Amazon Fire TV stick or Roku device. You can find a list of all the devices supported by UFC Fight pass here.