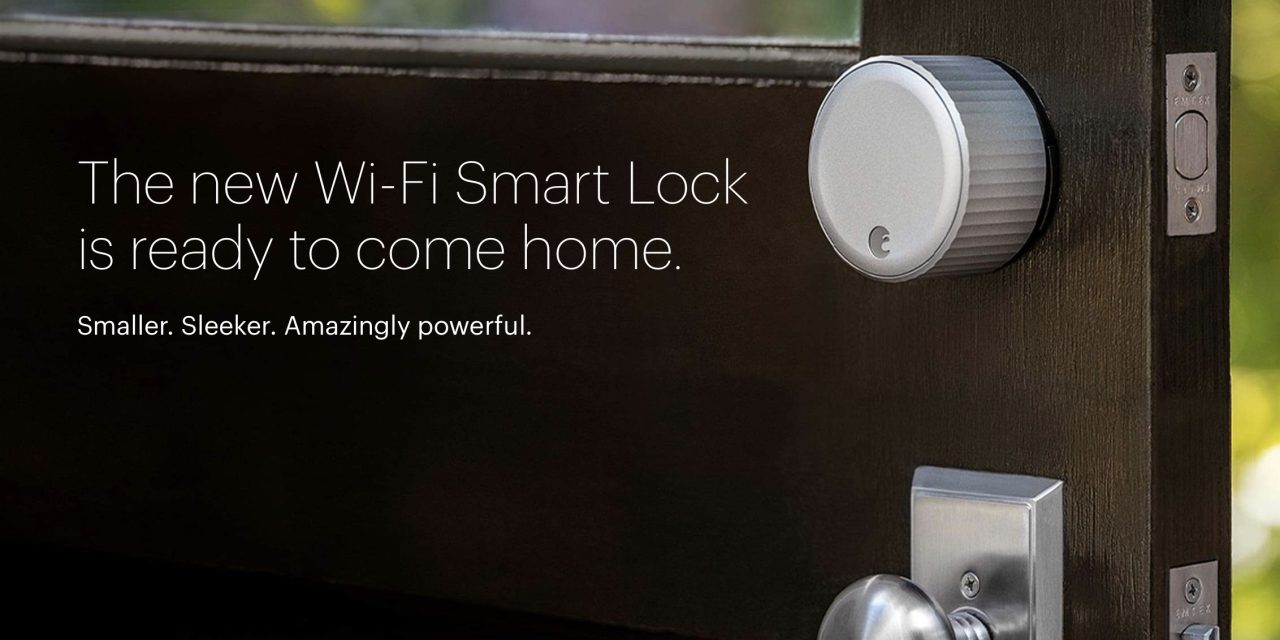 Announced back at CES in January, August has today launched its new August Wi-Fi Smart Lock. The updated hardware sees a number of improvements like built-in WiFi (no bridge needed) an all-new design that’s 45% smaller than the August Smart Lock Pro, and HomeKit support.

Update 5/25: 9to5Mac reader Dan let us know that August support shared that the new Wi-Fi Smart Lock’s HomeKit support is via Bluetooth and not Wi-Fi. This shouldn’t be an issue for most but depending on your house could be a factor in HomeKit reliability. A great third-party app to check the Bluetooth signal of your HomeKit devices is HomeScan.

August announced the availability in a blog post and highlighted its new smart lock’s features:

Sized 45% smaller in volume and 20% slimmer than the August Smart Lock Pro — and with no need for an extra Wi-Fi Connect Bridge — the August Wi-Fi Smart Lock boasts a beautifully discreet and simple design. It also has a few subtle but valuable new design features. The lock’s face offers softer surface transitions and rounded edges, while the refined, textured ridges surrounding the lock invite tactility when the lock is manually rotated (the turning mechanism is smoother too). There is also a new August badge that visually helps users identify the device’s lock status.

One of the unique selling points of August’s smart locks is that they work with your existing deadbolt making for a super easy installation process to bring HomeKit smarts to your door.

Users can also take advantage of August’s “Auto-Unlock” feature as they approach their doors for a super seamless experience.

The August Wi-Fi Smart Lock comes in silver and or a slick matte black. It’s available now (in silver, matte black “coming soon”) direct from August priced at $249.99 or as a bundle with the optional keypad for $309.99.

Stay tuned to 9to5Mac for a full review of this new HomeKit lock soon.