Trump suggests new ‘tax’ on companies manufacturing outside the U.S., including Apple 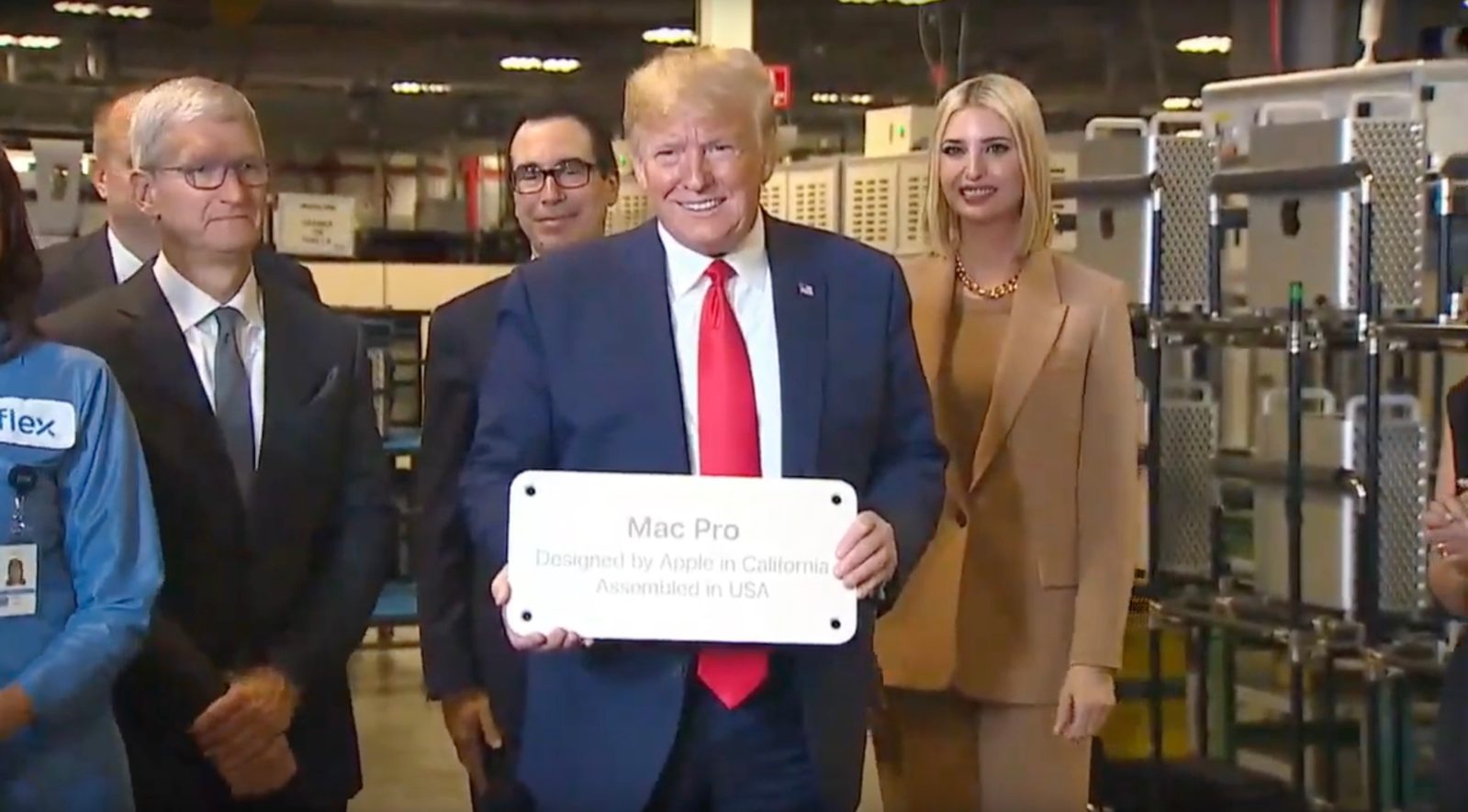 President Trump is again pressuring companies including Apple to move all of their manufacturing into the United States. The comments were made in an interview with Fox Business, during which Trump floated the idea of charging a “tax” to companies when “they make product outside.”

During the interview, Trump suggested that the United States “put up our own border,” a move that would apparently force Apple to build “100 percent of their products” domestically.

“You know, if we wanted to put up our own border, like other countries do to us, Apple would build 100 percent of their product in the United States. That’s the way it would work,” Trump said. “One incentive, frankly, is to charge tax for them when they make product outside. We don’t have to do much for them. They have to do for us,” Trump said.

As explained by Reuters, it’s unclear what exactly President Trump means by charging companies a “tax.” This could mean new tariffs or could be another form of taxes. The latter would require an act of Congress, the report explains.

“I said we shouldn’t have supply chains. We should have them all in the United States. We have the companies to do it. And if we don’t, we can do that,” Trump said in the interview.

President Trump is seemingly using the COVID-19 pandemic as a way to entice more companies to move production outside of China, Reuters notes:

U.S. officials say that Trump’s administration is “turbocharging” efforts to push companies to move production of away from China, partly as a way to punish Beijing for its early handling of the coronavirus outbreak. Asked whether Trump would consider giving companies tax breaks to return manufacturing operations to the United States, he said he may tax them if they don’t and suggested they had a duty to re-shore operations.

One recent report suggested that Apple is considering a massive shift of iPhone production to India to help reduce its dependence on China. Meanwhile, Apple chipmaker TSMC is said to be planning a US factory for Arizona, which could be announced as early as this week.