Twitter is my favorite social network, and I’ve used it with several different clients — including Echofon, Twitterrific, Tweetbot, the official Twitter app, and some others that doesn’t even exist anymore. Now I’ve decided to give a chance to Neptune. This new Twitter client is focused on simplicity, allowing users to navigate without distractions like ads and a non-chronological timeline.

Neptune has most of the features you’d expect from a regular Twitter app, including access to your timeline, mentions, direct messages, trends, and more. By opening the app, you’ll see the timeline with tweets separated by cards, which is nice to distinguish it from other apps.

The timeline appears in chronological order, which means there’s no fancy algorithm behind it to decide which tweets you should see first. It’s just the good old timeline with tweets appearing in the order they were published. You won’t see any ads on Neptune, something that bothers users of the official Twitter app.

Instead of regular tabs, Neptune has a menu that can be accessed from anywhere by simply pulling it up. From there, users can tweet, check mentions, look for trends, and manage their profile. On iPad, this menu can be fixed to the right side of the screen, turning Neptune into a two-column app. You choose how you want to use it.

The app offers filters that hide tweets with specific words or phrases, Dark Mode compatibility, and even login with Touch ID or Face ID. Neptune also has a fun Quick Share feature similar to Apple’s AirDrop, but it only works with other people who also have the app installed. The app shows people nearby when you tap and share a tweet so you can do it instantly. It works, but as I said, only with other Neptune users, so it wasn’t that useful for me. 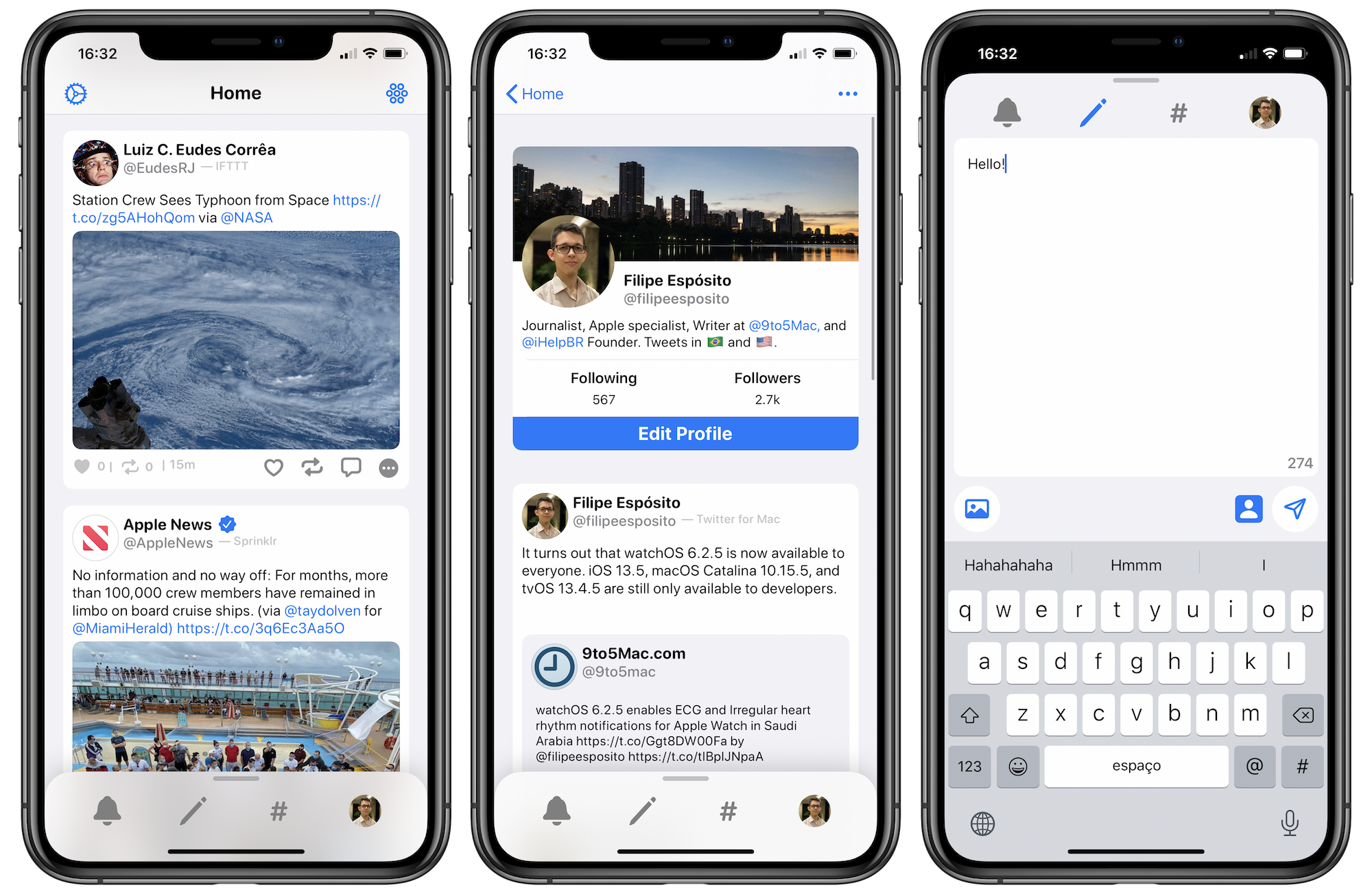 Now, a few downsides I’ve noticed using Neptune in the last few weeks that you should know before buying it. You can’t see when someone likes or retweets your tweets, only the newest direct messages appears in the app, and it still doesn’t offer notifications.

Unfortunately, some of these restrictions are related to the Twitter API, just as in apps like Tweetbot. Neptune’s developer Ethan Lipnik told me that he’s working to enable notifications in a future update, as well as synced timelines on iCloud, translations, and more.

Although the official Twitter app is still my first choice, I’m always looking for new ways to access the social network, and Neptune is a promising one. It may not be as advanced as other existing options, but it’s a well-built app and it should serve those who just want to scroll through the timeline without distractions, as in the old days of Twitter.

Neptune is available on the App Store for iOS and macOS as a single purchase. There’s no subscription, and you can download it on your iPhone, iPad, and Mac. It usually costs $1.99, but you can get it this week for just $0.99.