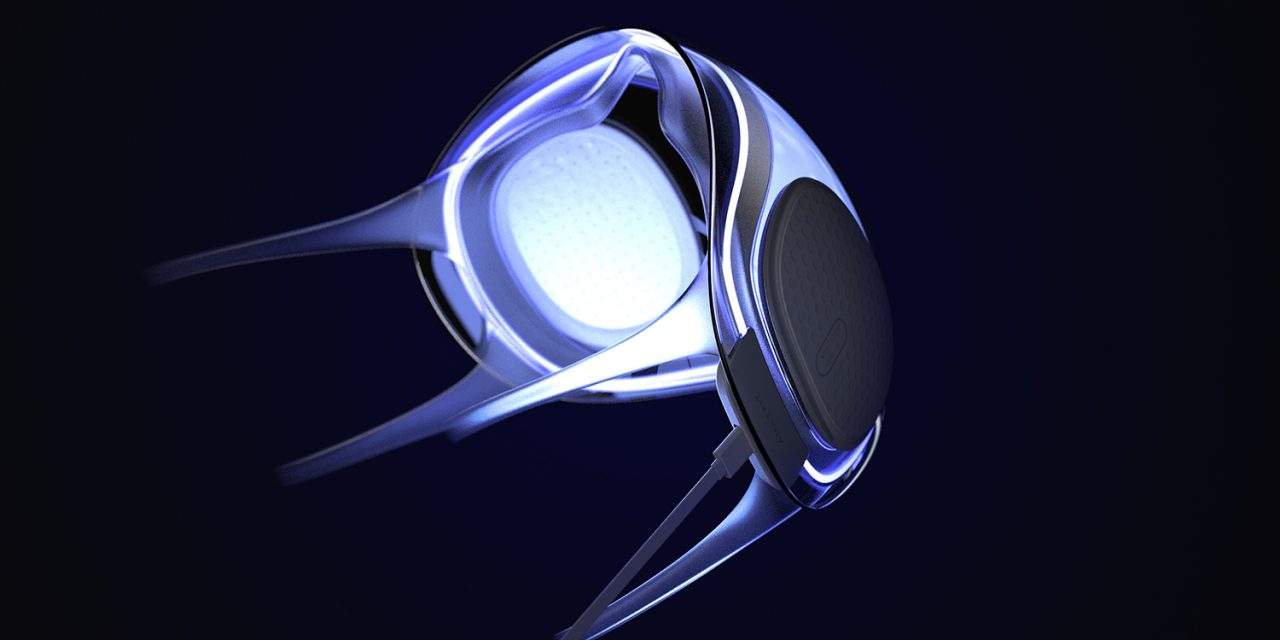 CNET reports on the project.

The Amazfit Aeri mask […] comes with removable air filters and will have built-in ultraviolet light emitters. By plugging the mask into a USB-C plug for a few minutes, it can disinfect itself after every use. This would allow each filter to be effective for one and a half months, according to a Huami spokesperson. That’s much longer than the current eight hours N95 masks are good for. (Note that N95 is a specification set by the US Food and Drug Administration, ensuring that the mask blocks 95% of all particles. It’s not clear if Huami is aiming to meet this designation.)

The Aeri mask would also be made with transparent anti-fog material so that enough of your facial features would be visible to unlock your phone using facial recognition technology like Face ID. And the modular design would allow it to house different accessories like an eye shield or a fan, which would make exercising with a face mask slightly less suffocating.

Face ID works with infrared, so the plastic used for the mask would need to be transparent in the IR spectrum as well as to visible light, but many plastics are.

So far, Huami has only shown off concept images, but it says that it is currently making prototypes. Don’t expect to be able to buy one anytime soon, though: it’s not expected to go on sale for 6-12 months.

No pricing has been announced for the self-disinfecting mask, but CNET notes that the company does have a decent track-record at making affordable tech. It makes the Amazfit Bip – an always-on $80 smartwatch with a battery life measured in weeks – as well as all of Xiaomi’s wearables, like the $40 Mi Band and Mi Watch.

Pengtao Yu, vice president of industrial design at Huami, [has] served clients including Nest Labs, Roku, GoPro and Huawei prior to joining Huami.