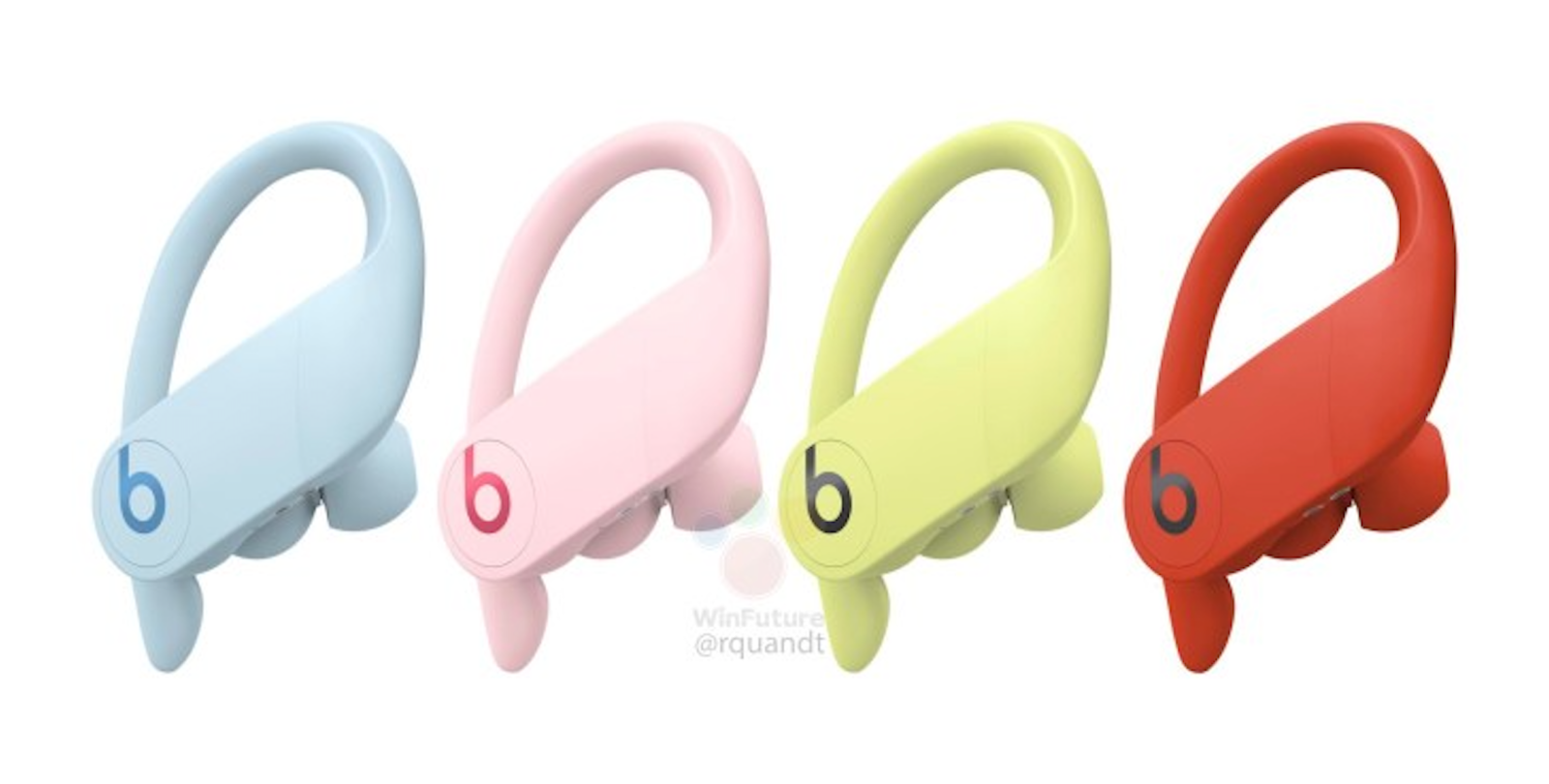 One year after release, Apple could be planning to expand its Powerbeats Pro lineup with four new color options. The colorful naming of the new options has surfaced in a Weibo social media post.

Update 5/20: Roland Quandt and WinFuture have shared what appears to be the new Powerbeats Pro colors (seen above) and it looks like each option will continue to come with a black case. The new colorways feature a pastel tone except for the Lava Red model.

According to a retailer source, WinFuture says that the refreshed Powerbeats Pro will be available starting on June 1.

According to a post on Chinese social network Weibo, Apple will soon release Powerbeats Pro in four new colors: Cloud Pink, Glacier Blue, Spring Yellow, and Lava Red (via iMore). All of these sound much brighter than the existing lineup of Powerbeats Pro choices.

A new 2020 revision of the Powerbeats Pro recently passed through the FCC, but this is expected to be a very minor update. Other than the potential for new colors, we don’t expect anything to change with this year’s Powerbeats Pro revision.

When Powerbeats Pro first launched last May, they were available only in black. New ivory, navy, and moss options became available later in the summer. Apple currently sells all four of those options, but it’s likely that this year’s new colors will replace some of the existing choices.

Powerbeats Pro are powered by the same Apple H1 chip as AirPods, work with ‘Hey Siri’, and have fitness-focused features including longer battery life and physical playback controls. Powerbeats Pro pack up to nine hours of power between charges and up to 24 hours of battery using the included magnetic closure case.

We don’t yet know when Apple plans to release these new 2020 Powerbeats Pro colors, but we’d expect them sooner rather than later. Are you a Powerbeats Pro user? What do you think of them? Let us know down in the comments!