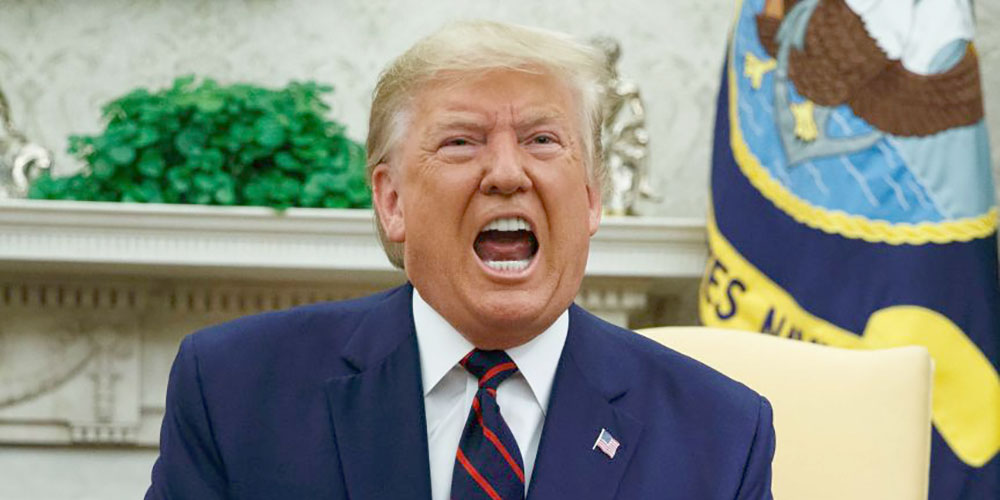 President Trump has threatened to issue an executive order targeting social networks later today. The move follows Twitter applying a fact-check warning to one of Trump’s tweets for the first time earlier this week. Facebook allowed the same post without any warning …

Trump claimed that mail-in election ballots would be ‘substantially fraudulent,’ and Twitter tagged it with a link showing that the claim had no basis in fact. Trump responded at the time with a claim that Twitter was ‘stifling free speech’ and a veiled threat.

Twitter is completely stifling FREE SPEECH, and I, as President, will not allow it to happen!

This was followed by a more direct threat.

Republicans feel that Social Media Platforms totally silence conservatives voices. We will strongly regulate, or close them down, before we can ever allow this to happen.

The White House issued a statement that Trump would sign an executive order ‘pertaining to social media,’ and Trump teased that announcement.

Big Tech is doing everything in their very considerable power to CENSOR in advance of the 2020 Election. If that happens, we no longer have our freedom. I will never let it happen! They tried hard in 2016, and lost. Now they are going absolutely CRAZY. Stay Tuned!!!

Trump’s directive chiefly seeks to embolden federal regulators to rethink a portion of law known as Section 230, according to the two people, who spoke on the condition of anonymity to describe a document that could still evolve and has not been officially signed by the president. That law spares tech companies from being held liable for the comments, videos and other content posted by users on their platforms […]

The order would also seek to channel complaints about political bias to the Federal Trade Commission, which would be encouraged to probe whether tech companies’ content-moderation policies are in keeping with their pledges of neutrality. It would also require federal agencies to review their spending on social media advertising, according to the people familiar with the White House’s thinking.

“In a country that has long cherished the freedom of expression, we cannot allow a limited number of online platforms to hand-pick the speech that Americans may access and convey online,” according to an undated draft version of the executive order obtained by The Washington Post late Wednesday.

The suit alleged that four of tech’s biggest names “have engaged in a conspiracy to intentionally and willfully suppress politically conservative content.” It specifically cited Loomer’s ban from Twitter and Facebook, following a tweet about Congresswoman Ilhan Omar. Also noted is her inability to grow an audience base and revenue on Google’s YouTube, suggesting that after Trump’s election “growth on these platforms has come to a complete halt, and its audience base and revenue generated has either plateaued or diminished.” Apple’s alleged role is less clear.

The court noted that the first amendment prohibits government restrictions on free speech; it has nothing to say about what private platforms do or don’t permit.

“The Plaintiffs do not show how the Platforms’ alleged conduct may fairly be treated as actions taken by the government itself,” the judge writes. “Facebook and Twitter, for example, are private businesses that do not become ‘state actors’ based solely on the provision of their social media networks to the public.”