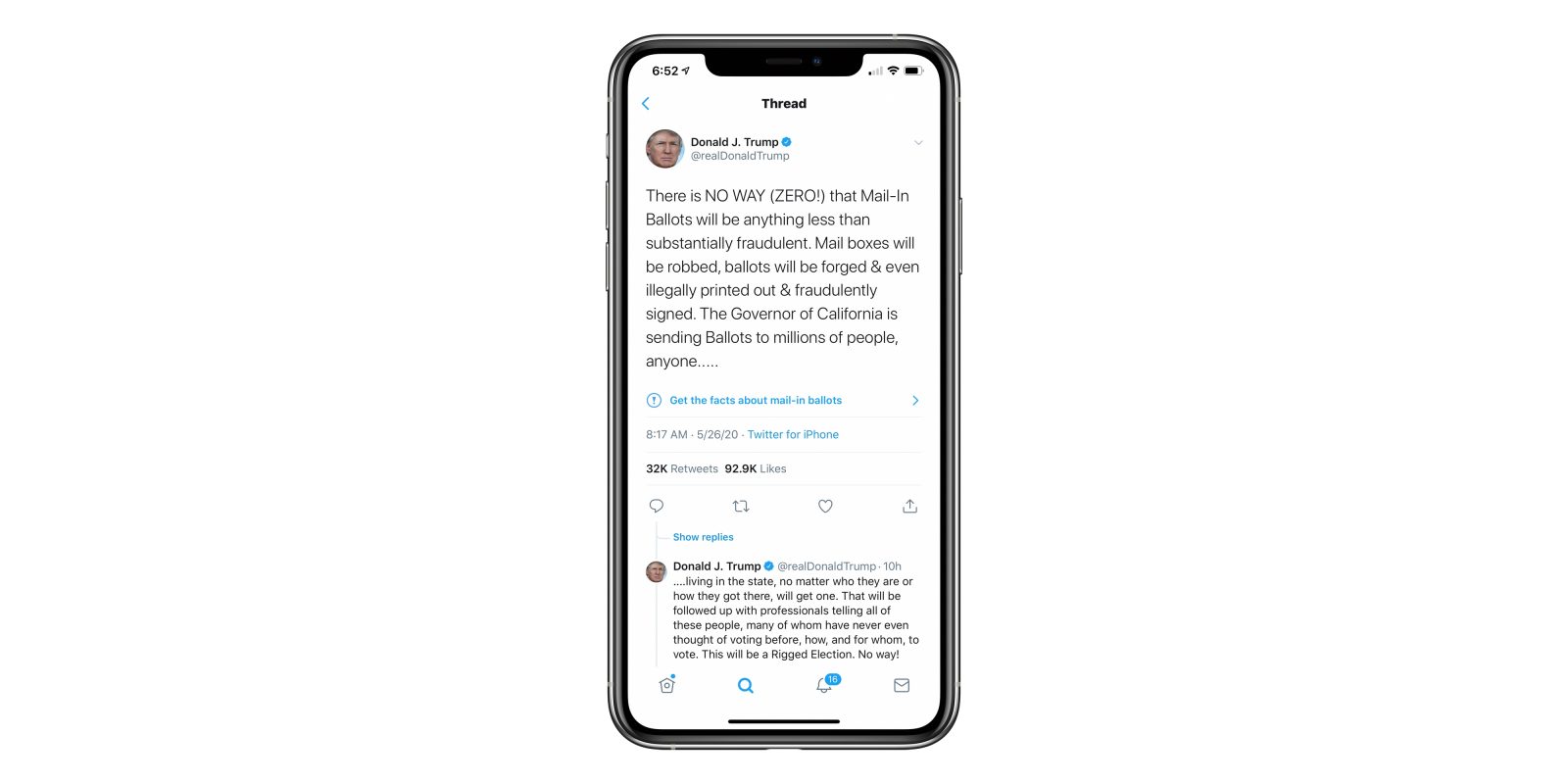 For the first time, Twitter has added a label to tweets from President Trump. The tweets in question relate to mail-in ballots and the president’s claims that mail-in ballots are fraudulent.

Twitter has applied a label to two of President Trump’s tweets, inviting users to “get the facts about mail-in ballots.” Tapping or clicking on the label takes users to a Twitter Moment that explains:

On Tuesday, President Trump made a series of claims about potential voter fraud after California Governor Gavin Newsom announced an effort to expand mail-in voting in California during the COVID-19 pandemic. These claims are unsubstantiated, according to CNN, Washington Post and others. Experts say mail-in ballots are very rarely linked to voter fraud.

The tweet thread in question from President Trump is below — interestingly the label does not seem to appear on web embeds:

There is NO WAY (ZERO!) that Mail-In Ballots will be anything less than substantially fraudulent. Mail boxes will be robbed, ballots will be forged & even illegally printed out & fraudulently signed. The Governor of California is sending Ballots to millions of people, anyone…..

Twitter’s actions come on a day when Twitter was facing a barrage of criticism over another set of Trump tweets. Earlier on Tuesday the widower of a former staffer to Joe Scarborough asked Twitter chief executive officer Jack Dorsey to delete tweets by President Trump furthering a baseless conspiracy theory about the staffer’s wife’s death.

As for Twitter’s decision to apply a label to the tweets about mail-in ballots, company spokesperson Katie Rosborough said they “contain potentially misleading information about voting processes and have been labeled to provide additional context around mail-in ballots.”

As of right now, President Trump has not responded to the labels applied to his inaccurate tweets about mail-in ballots. [Update: Trump’s response below.]

….Twitter is completely stifling FREE SPEECH, and I, as President, will not allow it to happen!