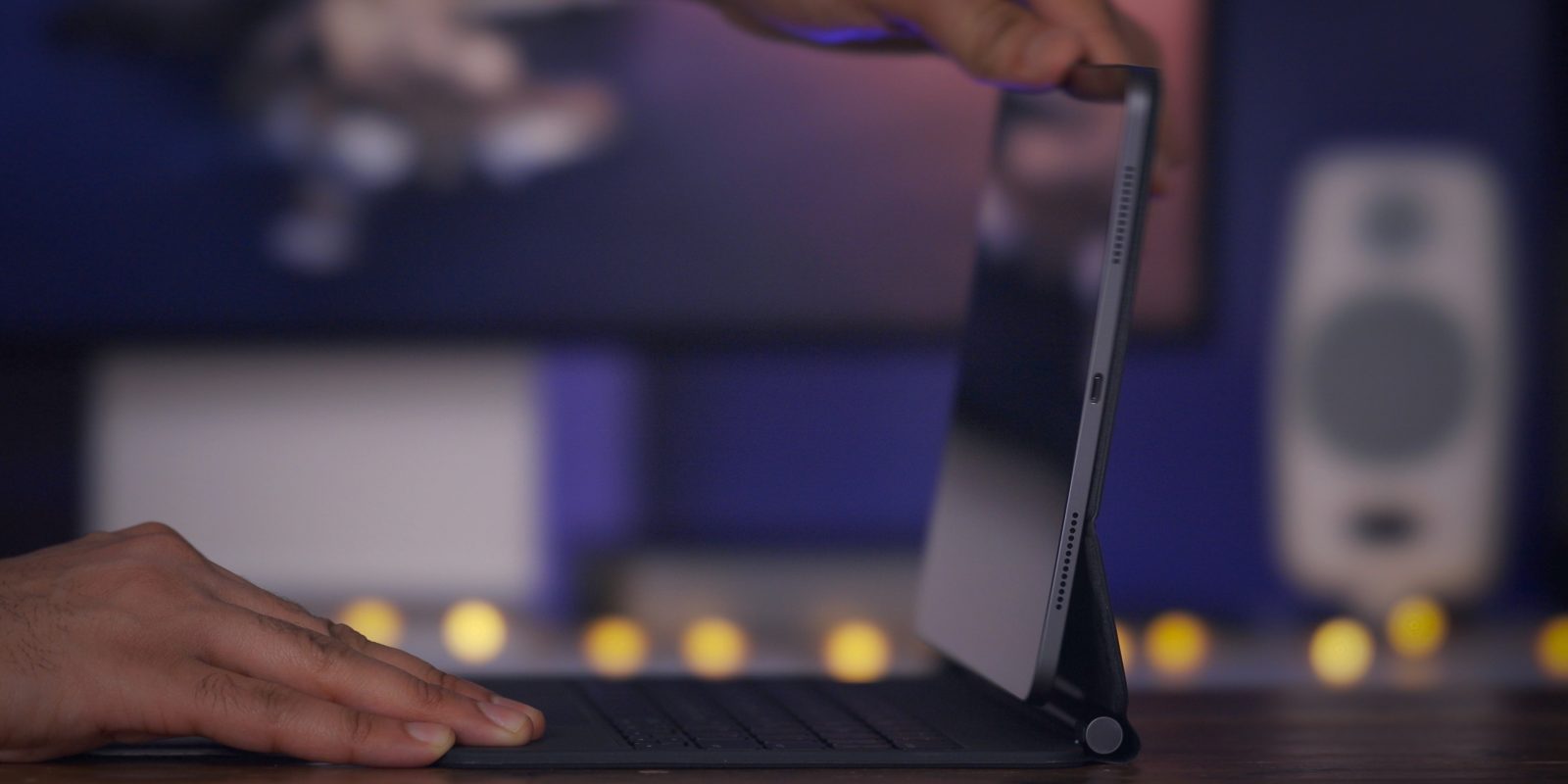 When the first rumor of the Magic Keyboard for iPad Pro surfaced earlier this year, I was immediately intrigued. The iPad Pro has become a more integral part of my workflow over the last two years thanks to the new features in iPadOS and the Smart Keyboard Folio, but I knew a native trackpad option from Apple could take things to the next level.

After six weeks of using the iPad Pro with Magic Keyboard on a daily basis, I think it’s safe to say that I’m sold.

How I use the iPad Pro

One thing that has become clear after listening to and reading many reviews of the iPad Pro Magic Keyboard is how useful it is depends on how the iPad Pro fits within your workflow. There are people who criticize the Magic Keyboard when in fact the problems seem to be caused by other limitations, whether it be limitations in iPadOS or their specific workflow.

How do I use the iPad Pro? My primary setup right now is a 16-inch MacBook Pro and 24-inch LG UltraFine display. This setup lives primarily at my desk, with the MacBook Pro rarely leaving its Twelve South Curve stand — essentially, the MacBook Pro is a desktop computer, but the versatility to go portable is there when needed. Fun fact: the MacBook Pro actually gets dusty because it’s so rare for me to detach it nowadays. 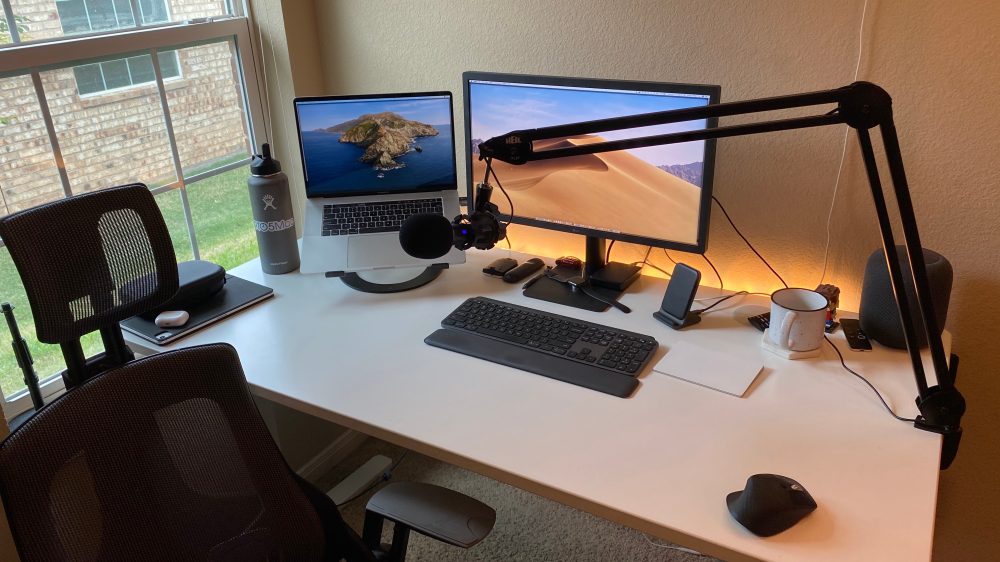 My primary go-to option for mobile writing and editing is a 2018 12.9-inch iPad Pro with LTE connectivity. Up until the release of the Magic Keyboard, I was using the Smart Keyboard Folio with the iPad Pro, but it has now been completely replaced with the Magic Keyboard.

For me, “mobile” doesn’t necessarily mean leaving the house (especially right now), but rather working from anywhere other than my desk. This includes the dining table, the bar, the backyard, or the couch.

On my iPad Pro, I do a lot of writing and editing with Ulysses, reading in Apple News and NetNewsWire, podcast editing in Ferrite, and web browsing in Safari. These are all experiences that are improved thanks to the Magic Keyboard with its built-in trackpad.

From a hardware perspective, the Magic Keyboard’s trackpad pales in comparison to the trackpad you’ll find on modern MacBooks. It’s smaller, it physically responds to clicks instead of using haptics, and it’s not a glass surface. The physical size of the trackpad is its biggest limitation. Scrolling and navigating throughout iPadOS is seamless but gestures, specifically pinch-to-zoom, can oftentimes feel cramped. 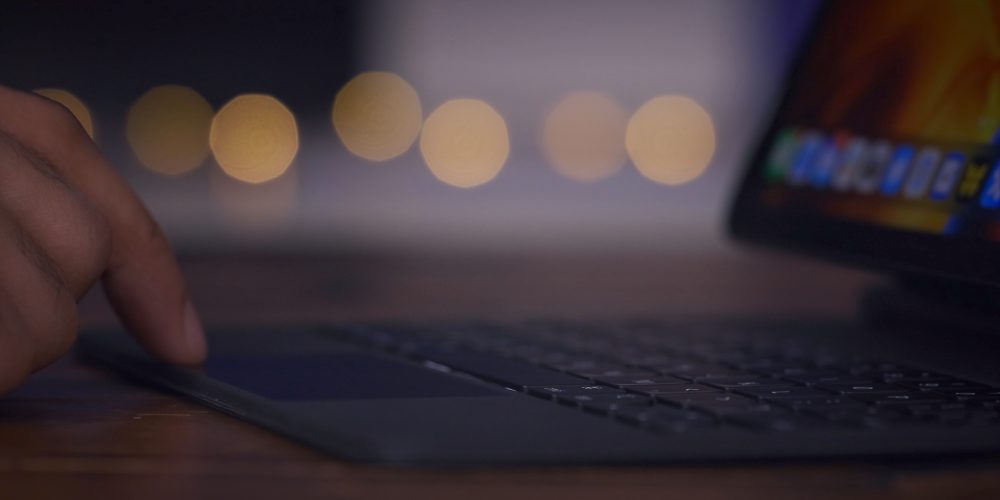 One recommendation I do have is to make sure you immediately turn on tap to click in the Settings app. This can make the Magic Keyboard’s trackpad feel more MacBook-like, and you don’t have to listen to the loud “click” of the trackpad as often.

Apple added basic support for trackpad and mouse input as an Accessibility option with iPadOS 13, but new features and capabilities introduced in iPadOS 13.4 are truly the stars of the show here. Apple has crafted a software experience that almost perfectly matches the physical capabilities and limitations of the Magic Keyboard’s trackpad.

For example, the circular cursor used in iPadOS is an excellent compromise that allows trackpad users to navigate smaller touch targets, while also making sure the iPad is still a touch-first device. Flicking through app icons on the home screen, editing text in Ulysses, and even scrolling through social media is a breeze.

What’s been most interesting to watch is the number of third-party applications that have added trackpad optimization since iPadOS 13.4 was released. For example, Ferrite Recording Studio quickly added robust trackpad support on iPad, as did other apps like Things and NetNewsWire. 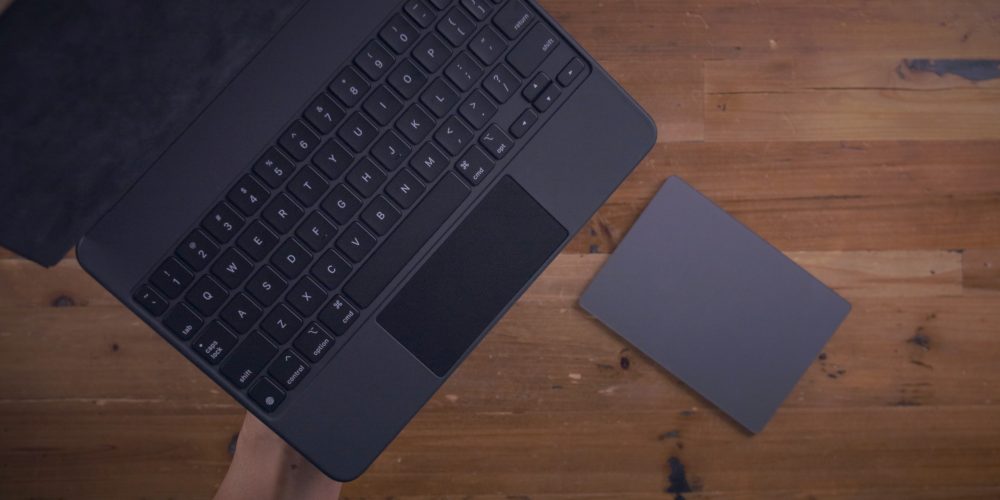 In Safari, the iPadOS trackpad works as you would expect most of the time, but I have noticed some quirks. The on-screen cursor specifically seems to struggle most with video players. For instance, when going full-screen in a video, you’d expect to be able to use the cursor to show the controls, but that doesn’t seem to work for some reason. This also extends to video players in applications like YouTube and Netflix.

Interestingly, there’s also a slight learning curve — I found myself instinctively reaching for the screen a few times instead of using the trackpad. The gestures specifically take some getting used to, especially for Slide Over. Slide Over allows you to access an additional app that slides in front of any open app.

I use Slide Over for quick access to things like Mail and Slack, and you access it with a trackpad by “slamming” the cursor into the far side of the screen. Apple seems to have already improved this experience slightly with iPadOS 13.5, but it’s still not great and requires a certain level of precision.

The keyboard is nearly identical to the new Magic Keyboard in the MacBook Pro and MacBook Air. There’s ample key travel, plenty of space between keys, and even backlighting for the first time in an iPad keyboard from Apple. I don’t have much to say here other than the fact that the Magic Keyboard is a joy to type on.

But when you look at the iPad Pro’s Magic Keyboard, you’ll notice a few things that are missing. First and foremost, there are no function keys or media control keys. I assume this is because there’s simply not the physical space for such keys. As it stands today, I find myself occasionally accidentally bumping the bottom of the iPad Pro while it “floats” above the keyboard.

Currently, adjusting the Magic Keyboard’s backlight requires you to jump all the way into the Settings app and navigating to the hardware keyboard section. While we wait for Apple to add keyboard shortcuts (hopefully!), one interim solution for easier access to backlighting is through this Shortcut created by Federico Viticci. 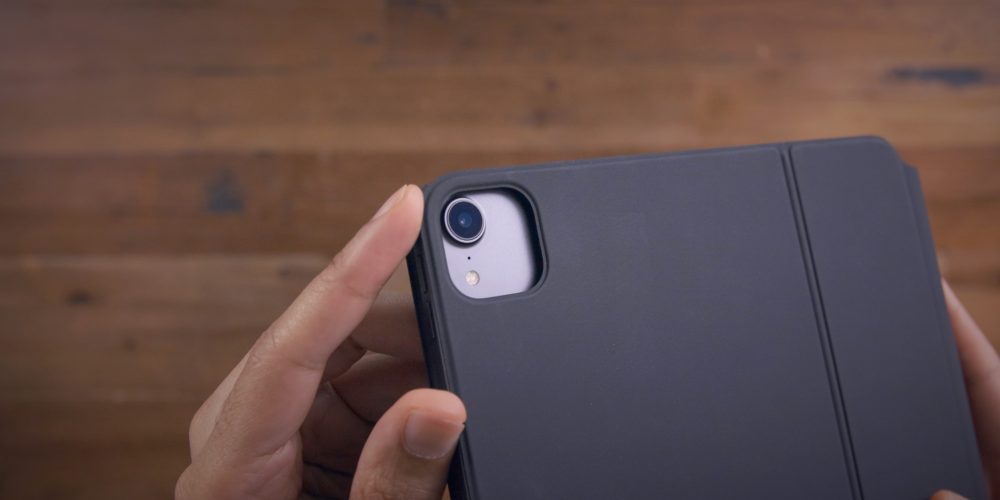 Finally, as for the missing Esc key, I highly recommend mapping the caps lock key to the Esc key in the Settings app. Here’s how to make this change:

Ultimately, the iPad Pro Magic Keyboard is excellent for typing, even it’s long-form writing or precise text editing. My one complaint is that I wish there was just a little more flexibility in the hinge. There are times when I find myself wanting to push the iPad’s display further back while typing for extended periods of time. 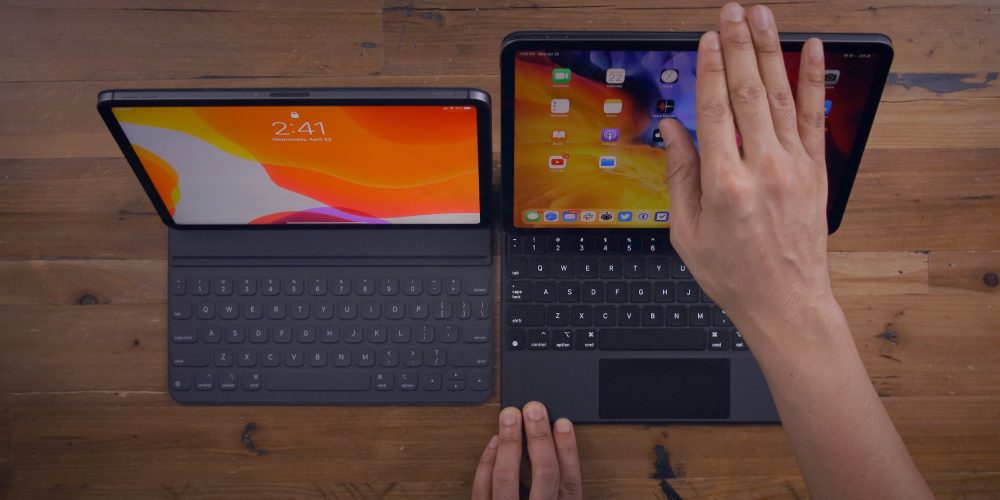 Again, what I think is really important to do is to make sure you know how the iPad Pro and Magic Keyboard can improve your workflow.

For example, if you work with a lot of text, as I do, the Magic Keyboard will likely be far more useful to you than other people. The precision offered by the trackpad while editing text is simply can’t be rivaled with touch input. On the flip side, if you’ve not yet found a way to integrate the iPad Pro into your workflow because of other limitations, the Magic Keyboard is unlikely to change that.

This also plays into the pricing of the Magic Keyboard because it’s not cheap at $299 for the 11-inch and $349 for 12.9-inch. Is it worth it? Again, it depends on how you use your iPad Pro and how a keyboard + trackpad might help that experience.

For me, the iPad Pro with Magic Keyboard serves as my go-to option for mobile editing, writing, and even podcasting when necessary. The Magic Keyboard improves my productivity in all of these areas and has become an integral part of my setup.

What do you think? Have you become an iPad Pro with Magic Keyboard user? Have any questions? Let us know down in the comments!