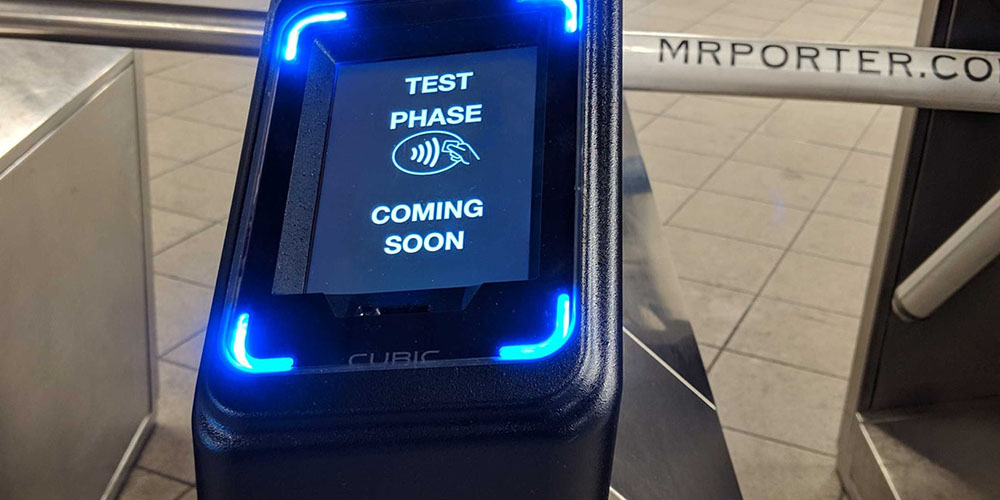 The full rollout of Apple Pay on the New York metro system has been delayed due to the coronavirus, says the Metropolitan Transportation Authority (MTA).

The MTA first offered contactless card payment, which supports Apple Pay, for limited lines back in May of last year. Progress since then has been slow, however, and there have been some glitches along the way …

More than a year later, only around half of MTA subway stations have contactless payment pads. The rollout was due to have been completed by October of this year, but the WSJ reports that this deadline will not be met.

The coronavirus pandemic has delayed by about two months the completion of the Metropolitan Transportation Authority’s new fare payment system, OMNY, across the subway, officials said Tuesday […]

The new payment system allows riders to avoid vending machines by letting them pay for rides using a tap-and-pay credit card, a smartphone or a smartwatch, which they hover above an electronic reader […]

OMNY was supposed to be available across the entire subway system by October, weeks after an anticipated surge in ridership at the end of the summer.

But officials halted installation of digital readers at subway turnstiles in late March because of concerns workers could become infected with the virus, said Steve Brunner, who leads the OMNY project for a contractor, Cubic Transportation Systems.

The full rollout of Apple Pay on the New York metro is now expected to be completed by the end of the year, though 7-day and 30-day passes won’t be supported until early next year.

There is some good news: while the metro program has been delayed, the MTA has accelerated work on contactless payment on buses.

Once contactless payment is available for all tickets and passes across all subways and buses, the MetroCard will be withdrawn.