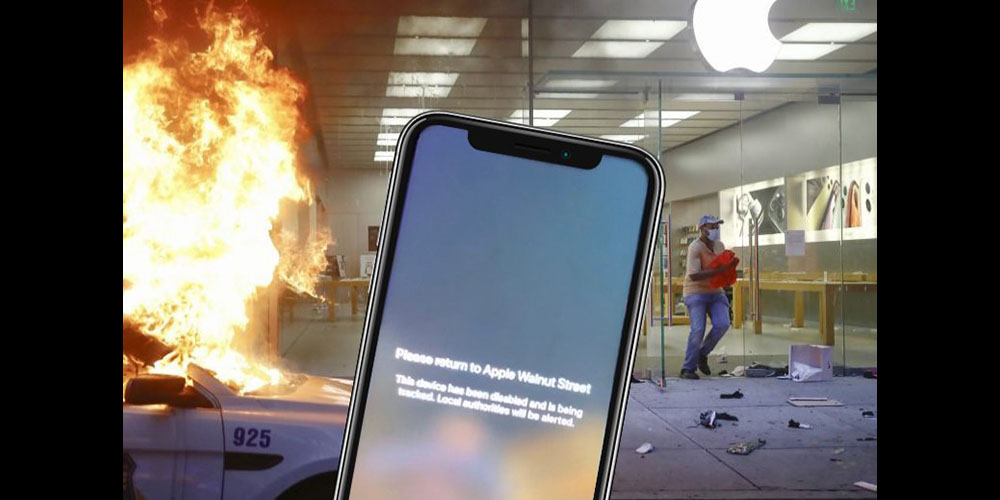 Update: Photos (above) are now surfacing of disabled phones stolen from Apple Stores by looters acting under the cover of protests at the killing of George Floyd. It is also reported that camera permission is enabled, suggesting that Apple would be able to remotely take photos from either front- or rear-facing cameras.

Pricing App also doubles as a tracking app for all stolen demo models, and has camera + location permissions enabled by default as well 😎

Photo: AP. This comment piece was originally written in 2018.