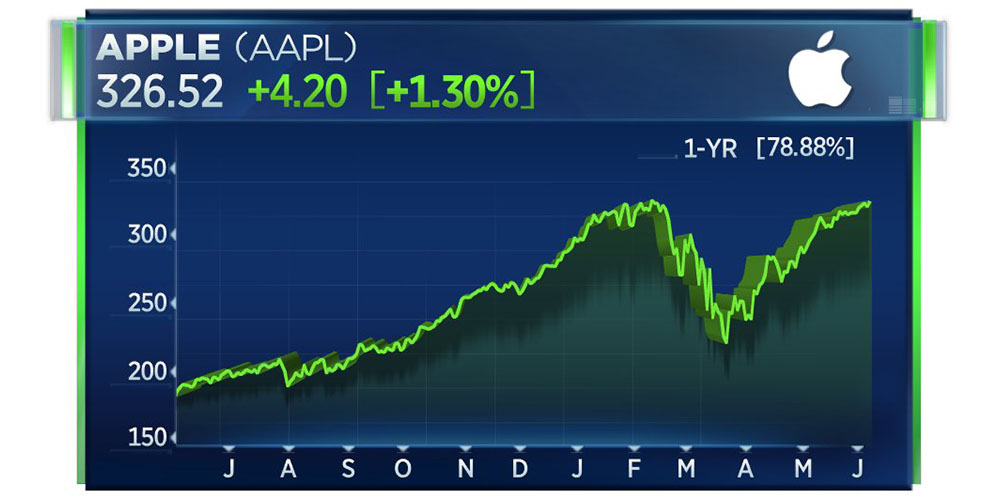 AAPL stock has set an all-time intraday record, reaching $326.52 a short time ago.

Intraday means the highest point a stock reaches at any point between opening and closing. Typically, this point is higher than either opening or closing prices…

Intraday highs don’t have too much meaning on their own, but day traders may watch for them as a signal to sell, and big differences between intraday highs and lows can signal volatility in current trading of a stock.

The new record was noted by CNBC.

AAPL stock took a hit during February and March, as concerns over supply-chain disruption hit, but climbed relatively steadily during April and May.

Some investors will have seen the fall in share price in March as a buying opportunity. A recent SEC filing revealed that the Bill & Melinda Gates Foundation bought 501,044 shares in AAPL during the first quarter of the year, for example.