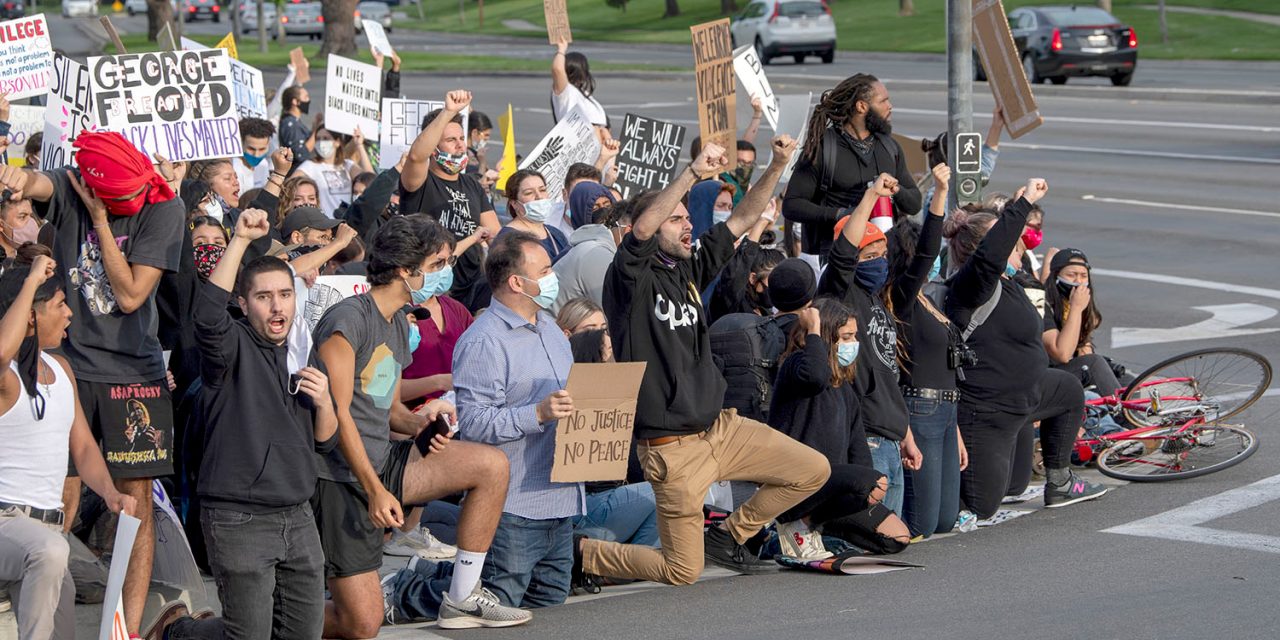 A desire to see live images and video from protests about the killing of George Floyd have led to record downloads of the Twitter app. This boosted already high downloads from those wanting to follow coronavirus news.

Two different sources, Apptopia and Sensor Tower, both agree that this was Twitter’s biggest-ever week for downloads…

TechCrunch says that the protests drove demand in two ways.

Twitter’s usage is on the rise because of the immediacy around news-sharing its platform provides. This was in particular demand amid the George Floyd protests in the U.S., as protestors used Twitter to share live images and videos of the demonstrations, the fires and looting, instances of police brutality and more.

Meanwhile, nonprotestors downloaded the app to watch the events unfold directly and get unfiltered, breaking news.

The site notes that the two firms agree it was a record week globally, but came up with different numbers.

According to data from Sensor Tower, Twitter saw just over a million installs on Monday and around 1 million new installs on Tuesday — making Monday the day seeing the most single-day installs since at least January 1, 2014, when the firm began recording app store data […]

Apptopia, on the other hand, found that Twitter topped its record for installs on Wednesday with 677,000 worldwide downloads. This included a near-record download figure of 140,000 installs in the US, with a larger number of installs coming from international markets, including the UK, India, Brazil, and Mexico […]

In addition to breaking download numbers, Apptopia also noted that yesterday was a record for daily active users on Twitter in the US, when some 40 million people in the US logged into the app.

Live video footage has been seen as an important tool for learning the truth of what happens in clashes between protestors and police, as it remains available even when people are arrested and their phones seized.