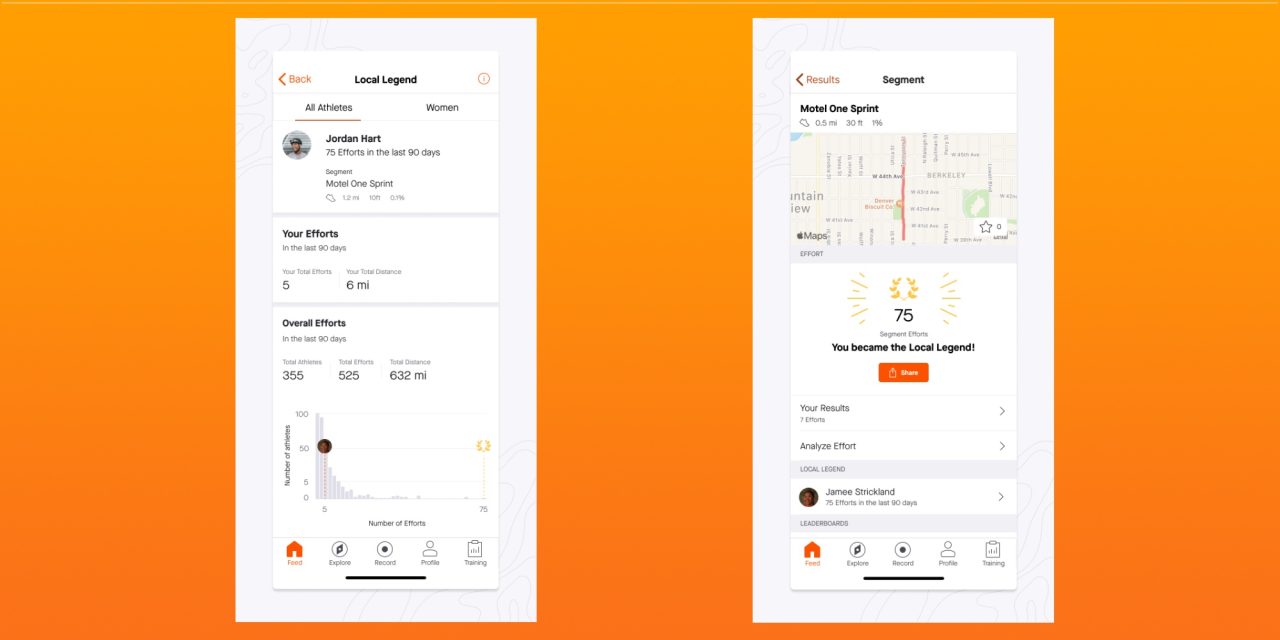 Popular fitness tracking app Strava is out today with a neat update called Local Legends. The feature marks a shift from ranking users based on speed to rating them on exercise consistency and commitment.

Strava announced the news about the Local Legends feature today. The new way to rank users competing on Strava Segments makes use of a rolling 90-day competition window.

In this mode, the achievement is given to the athlete who has the most segment efforts on a segment over the last 90 days. Efforts older than 90 days will be removed from the overall effort count.

Here’s why Strava landed on a rolling window:

Strava highlights that the Local Legends leaderboard will be a bit different than it’s past Segment leaderboards:

Rather than a list, Strava shows athletes where their number of efforts falls relative to the Local Legend on a histogram.

Local Legends is rolling out today for Strava subscribers in California and Colorado with a full rollout planned for July 15.

Strava for iPhone and Apple Watch is a free download from the App Store with in-app purchases from $5/month to unlock premium features like Local Legends.