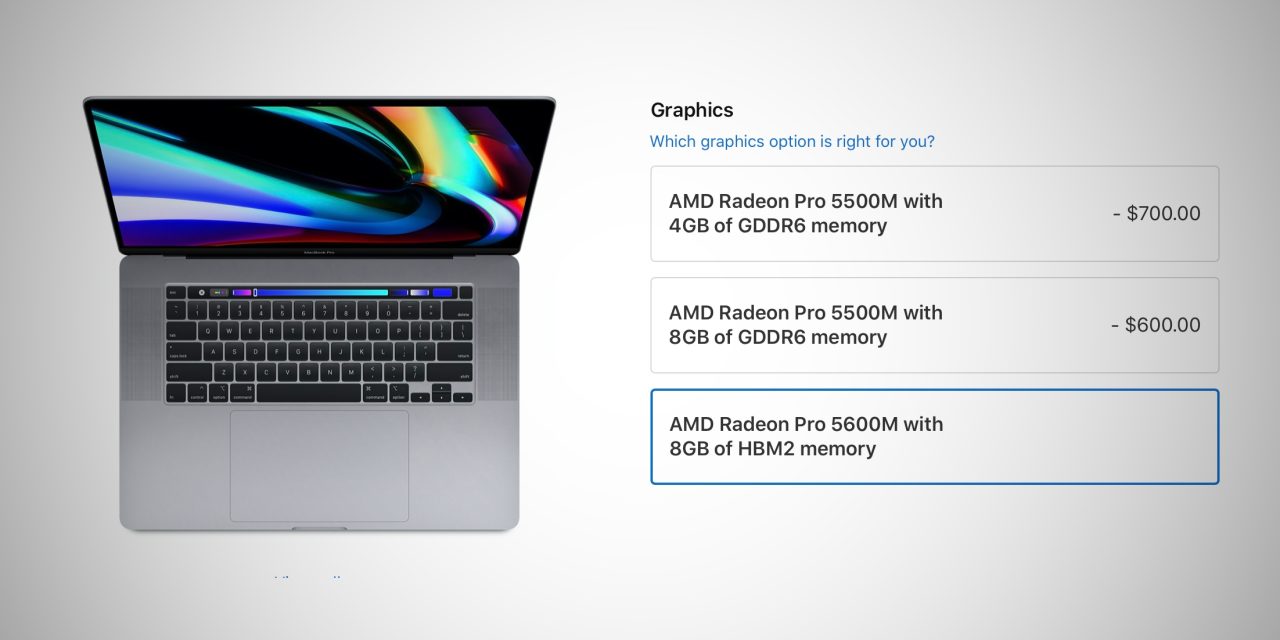 But how does it compare with the other GPUs? YouTube channel Max Tech shows exactly that in its newest video, revealing impressive performance gains with this new model.

These performance gains should be reflected mostly in 3D intensive graphics tasks. The Unigine Heaven Gaming Test shows that 5300M can only reach 38.4 frames per second in the highest settings, while the 5500M scored 51.1 FPS and the new 5600M got 75.7 FPS. Again, that’s twice the graphics performance of the base model 16-inch MacBook Pro.

However, what’s really interesting in the tests is that the 16-inch MacBook Pro with the 5600M GPU beats the AMD Vega 48 on the latest iMac 5K and the Vega 56 on the iMac Pro. 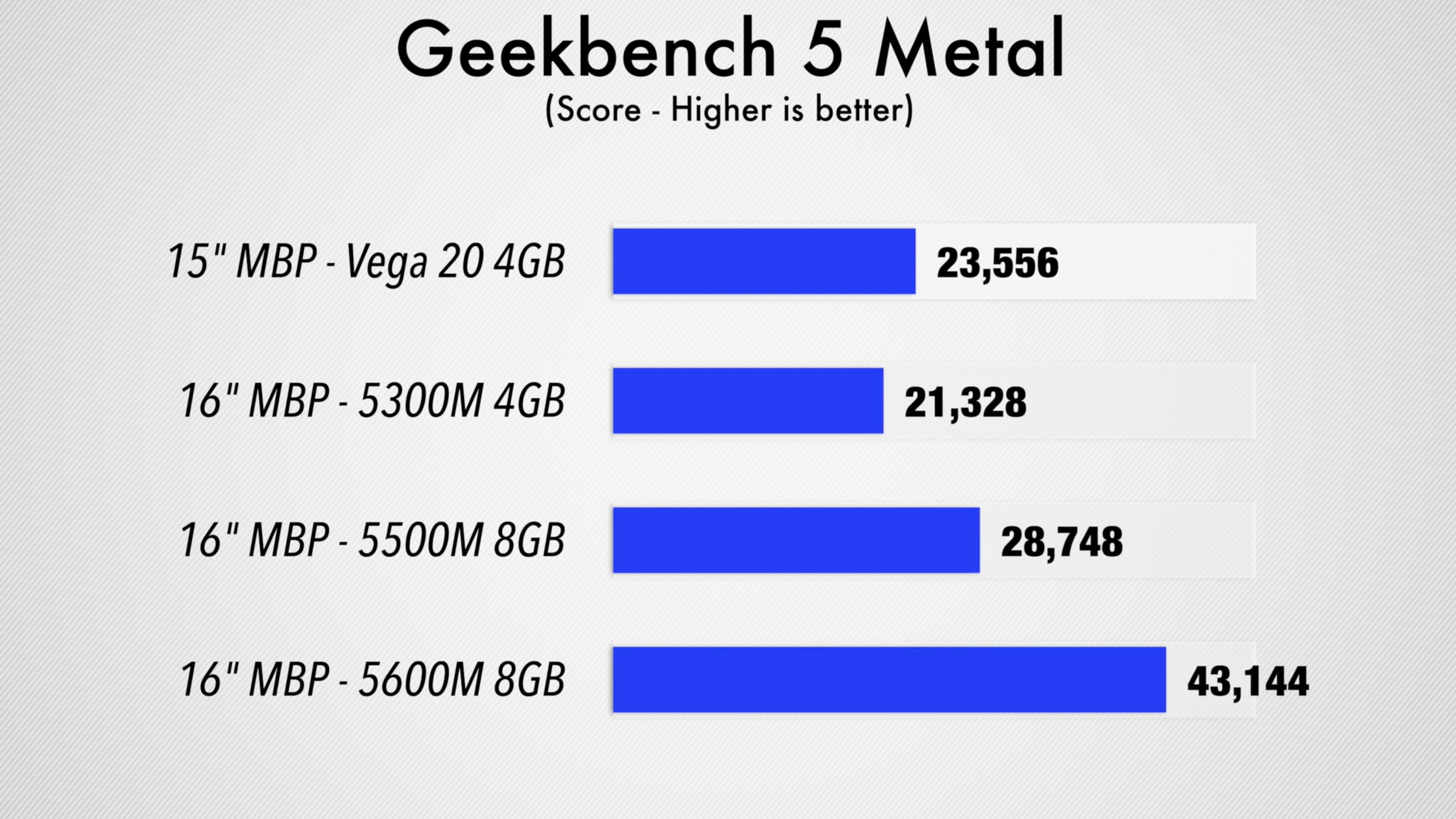 Although the new AMD Radeon Pro 5600M GPU makes the 16-inch MacBook Pro an even more expensive machine, it can be very useful for professionals who work constantly with 3D graphics. For regular video editing, the base model can still handle the job.