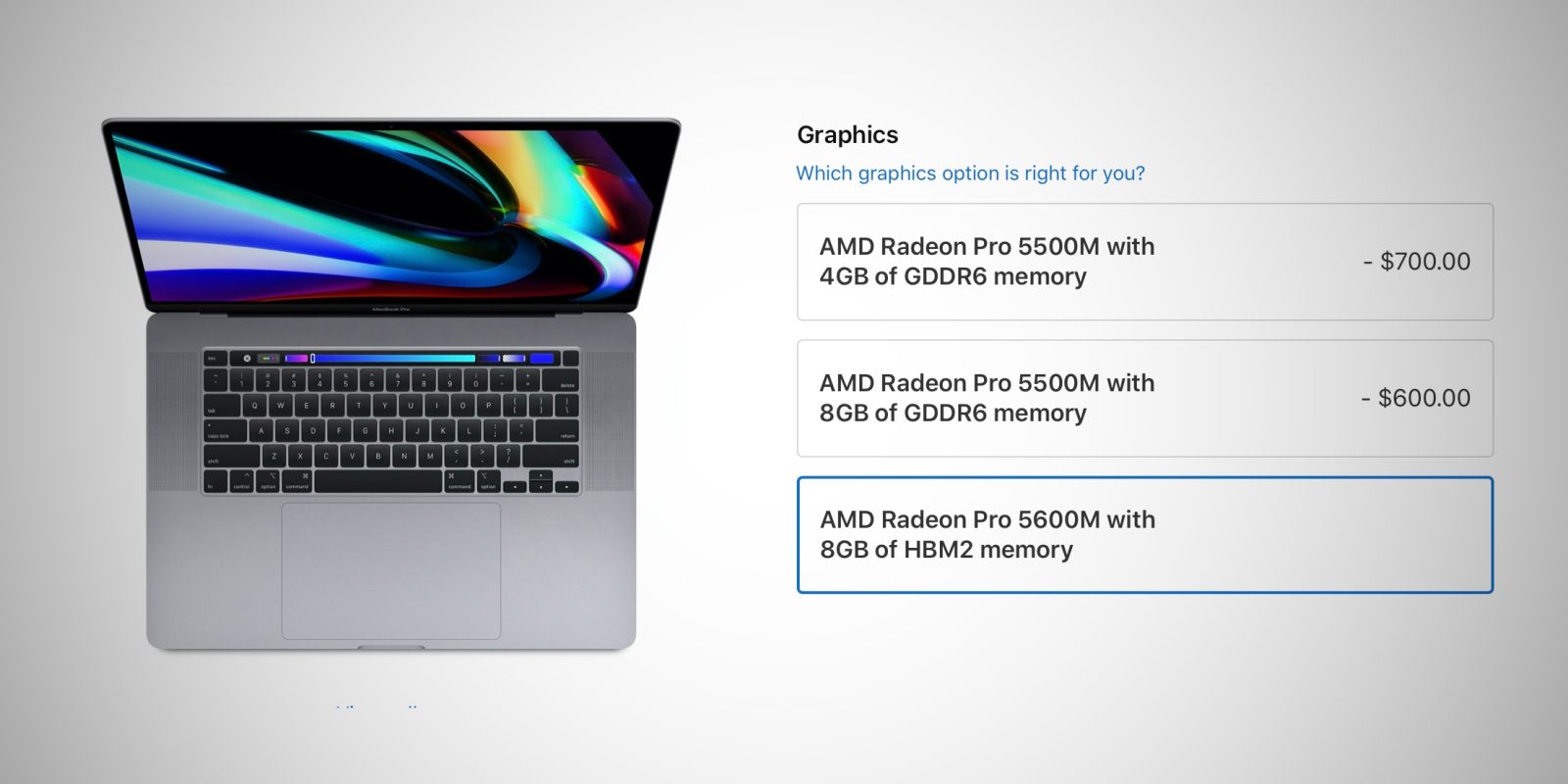 Apple has today revised its Mac lineup with a new high-end GPU option for 16-inch MacBook Pro buyers. You can now spec a MacBook Pro with a AMD Radeon Pro 5600M GPU, as a $800 build-to-order option on the base model MacBook Pro. The previous top config, the Radeon Pro 5500M, is still available as a $200 option.

Apple has also announced a new SSD upgrade kit for the 2019 Mac Pro, which is available to order here from the Apple Store. The kit lets Mac Pro users change their internal SSD modules if they didn’t opt for the higher-capacity configs when the machine was purchased.

Update 6/15: As promised, Apple has updated the Mac Components section of its online store with four SSD Kits for Mac Pro. The SSD Kits, which are configured in pairs, are available in 1TB, 2TB, 4TB, and 8TB varieties.

Prices start at $600 for the 1TB upgrade, while the 8TB upgrade will set you back $2800. Users deciding to purchase these modules will need to replace existing modules in the Mac Pro with the upgraded pair.

Since the SSD is tied to the Apple T2 Security Chip, it’s not merely a plug and play procedure. Users will need access to a second Mac running Apple Configurator 2 along with a USB-C cable to complete the upgrade.

The SSD Kit for Mac Pro is available for order today, and will ship closer to the end of June.

Regardless of the pricing, it’s nice to see that Apple continues to maintain its Mac product range without always waiting for major revisions. The 16-inch MacBook Pro launched late in 2019, and it’s not really due for a major refresh for a few more months at least.

The release of the SSD kit for Mac Pro should be well received as previously the Mac Pro’s fast internal storage (which interfaces with the T2 chip for performance and security) was not advertised as user-upgradeable. Instead, SSD replacements required owners to send off their machines to Apple Support. The kit will allow Mac Pro owners to upgrade their storage to 1, 2, 4, or 8 TB capacities.