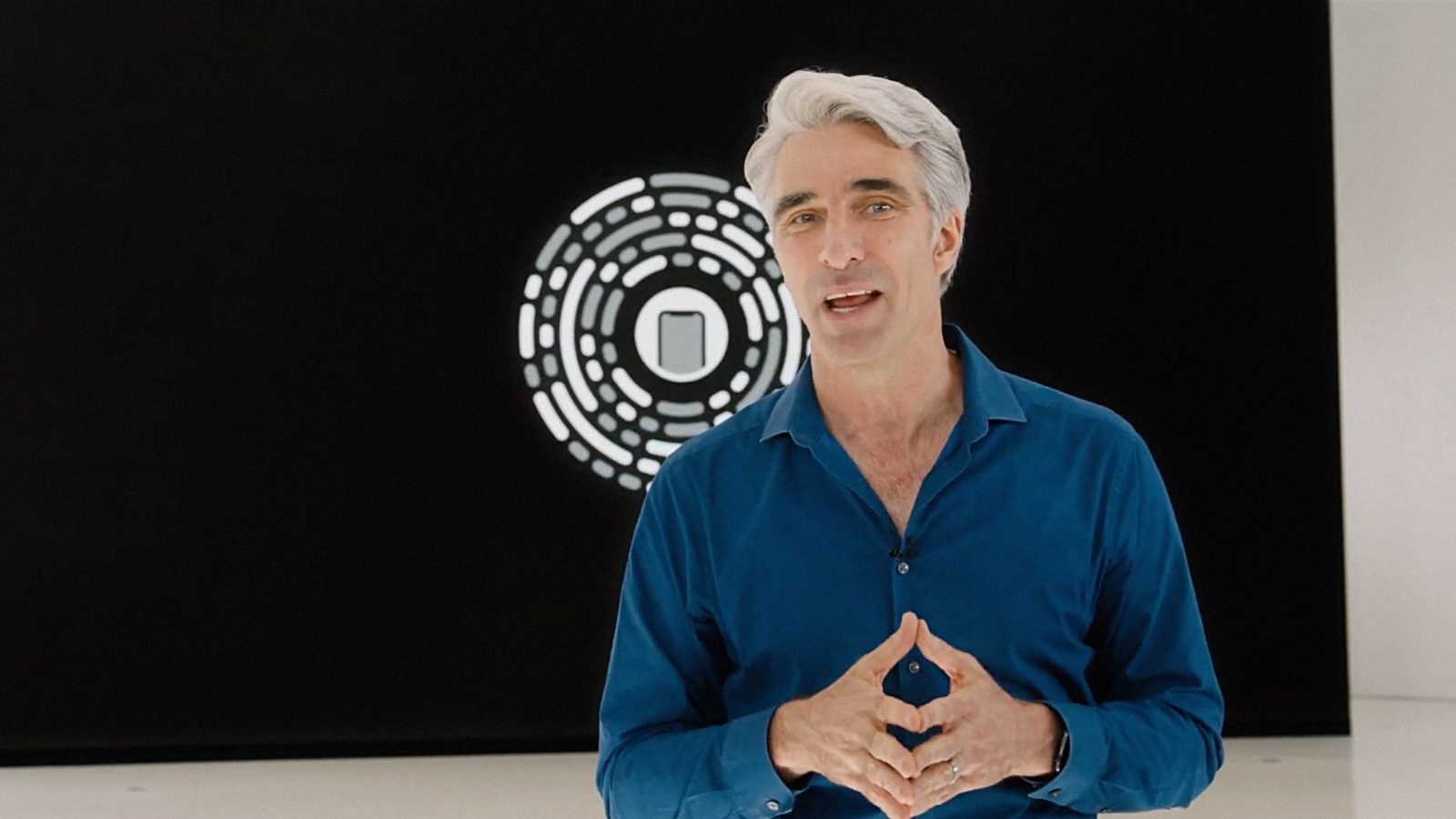 This week at the first-ever virtual WWDC, Apple revealed new software features coming this fall with the potential to transform the Apple Retail Store experience. This year’s updates to iOS and iPadOS add capabilities that expand not only how you interact with your devices, but how you interact with the world around you.

Brick and mortar Apple Stores and the online Apple Store shopping experience have been closely integrated since the introduction of the Apple Store app over a decade ago. As iPhones become more powerful, Apple continuously uses new software features to make visiting a physical Apple Store unique and relevant at a time when buying online is more popular than ever.

While Apple didn’t specifically mention its own retail stores during the WWDC keynote, many of the previewed changes solve common points of friction or expand on ideas that are part of the Apple Store experience today. 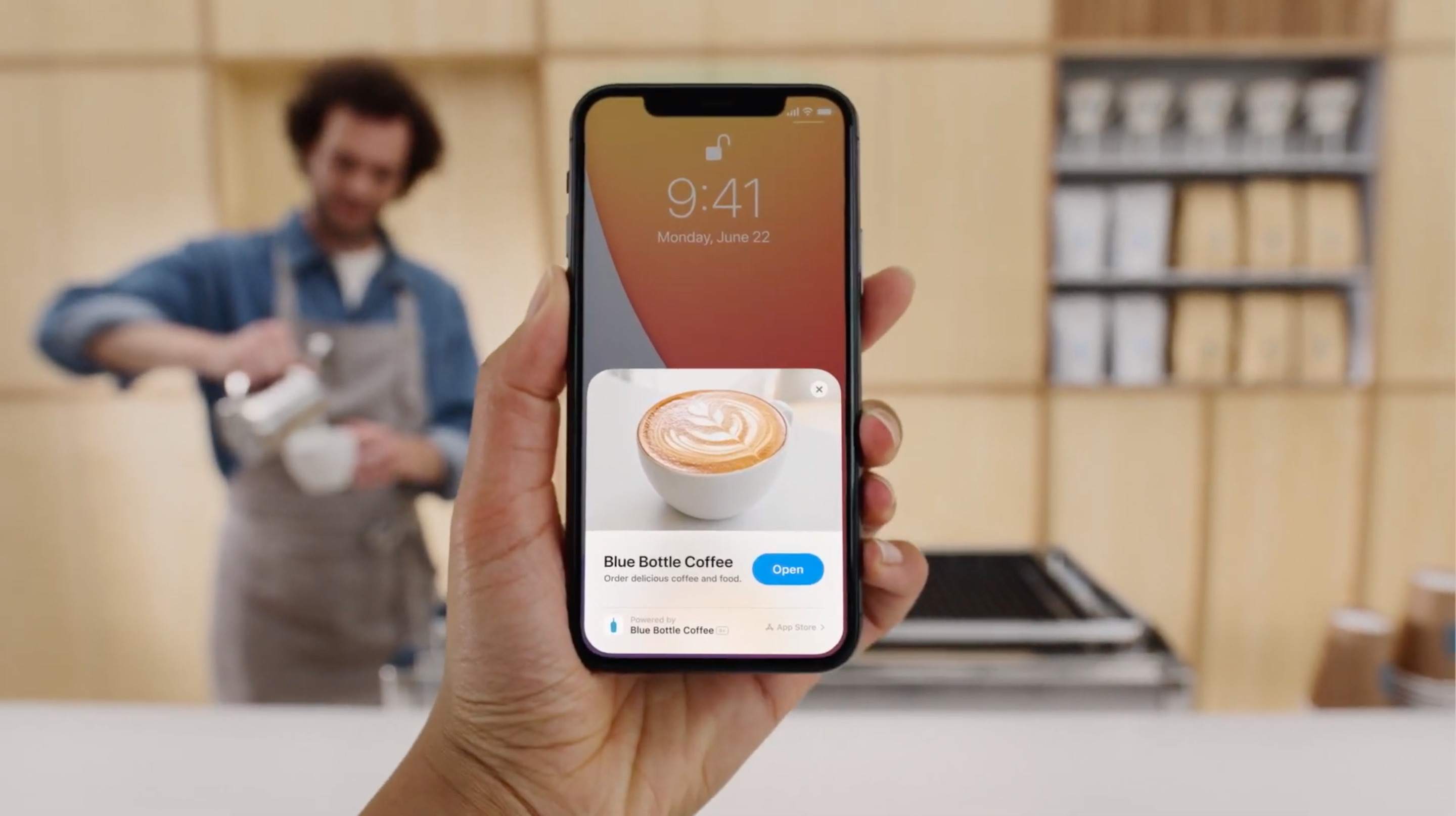 Think of app clips in iOS 14 as bite-size apps. They’re small, brief previews of full App Store apps that don’t put your life on pause to find, install, and run. App clips can be activated right from your lock screen with NFC-enabled app clip codes.

App clips in the Apple Store could make purchasing products, picking up orders, and discovering new accessories faster and more seamless. The Apple Store app is already pre-installed on every new iPhone, but users can delete it if they wish. An app clip for the Apple Store app could trigger the scan and buy self-checkout feature or let any visitor quickly check-in for an appointment without needing the full app installed. 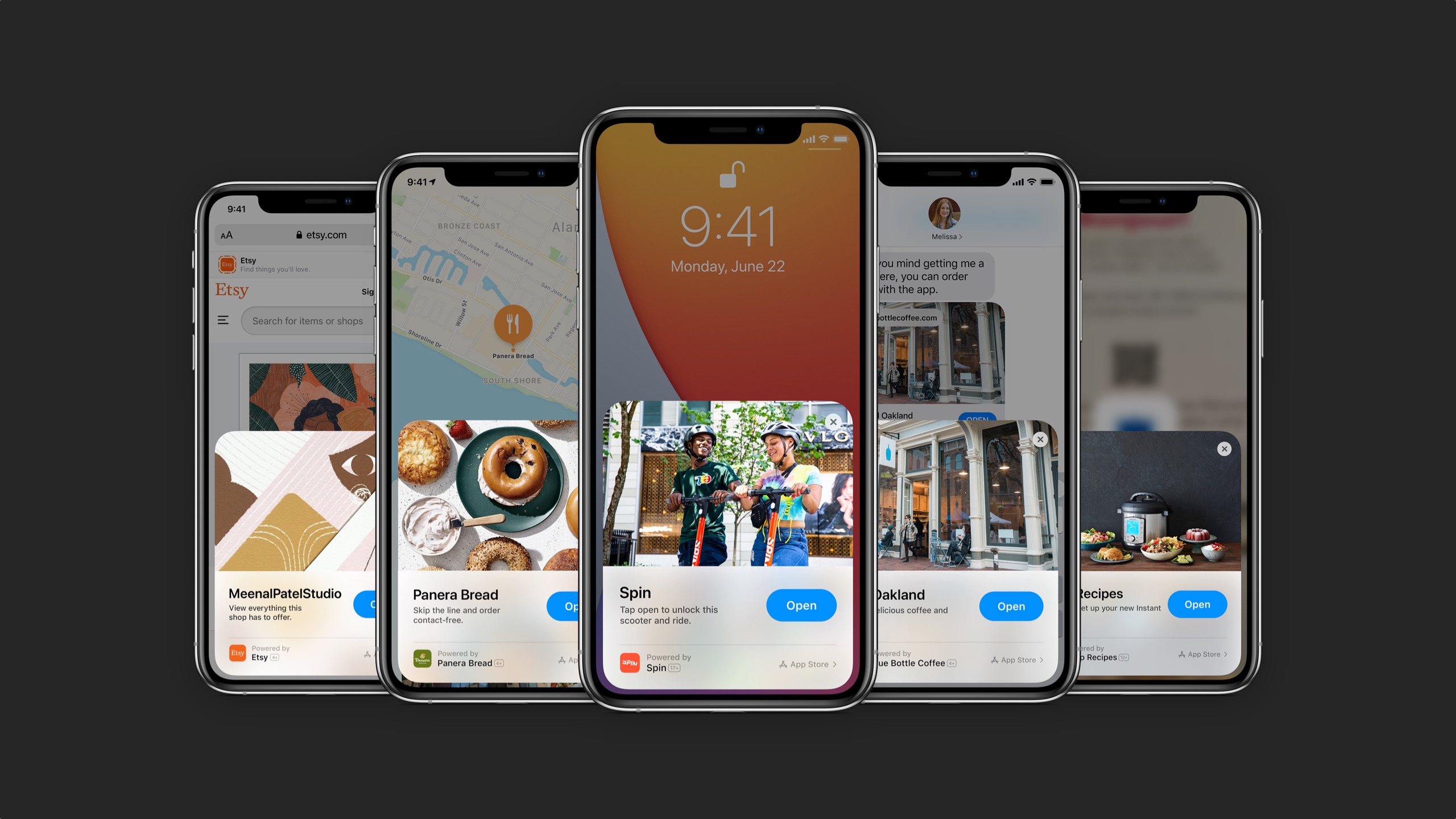 Apple Stores showcase a curated selection of smart third-party accessories that often integrate with your iPhone. Many of these accessories are paired with display iPhones running demo versions of their corresponding App Store app. App clip codes next to accessories on display could launch similar demos on your personal iPhone and help you learn more about the products. Apple’s Human Interface Guidelines suggest:

Consider creating an app clip if your app provides an in-the-moment experience that helps people perform a task over a finite amount of time.

Recently added app clips show up in iOS 14’s new App Library. If you purchased the accessory after learning more, installing its accompanying app would be just a tap away. 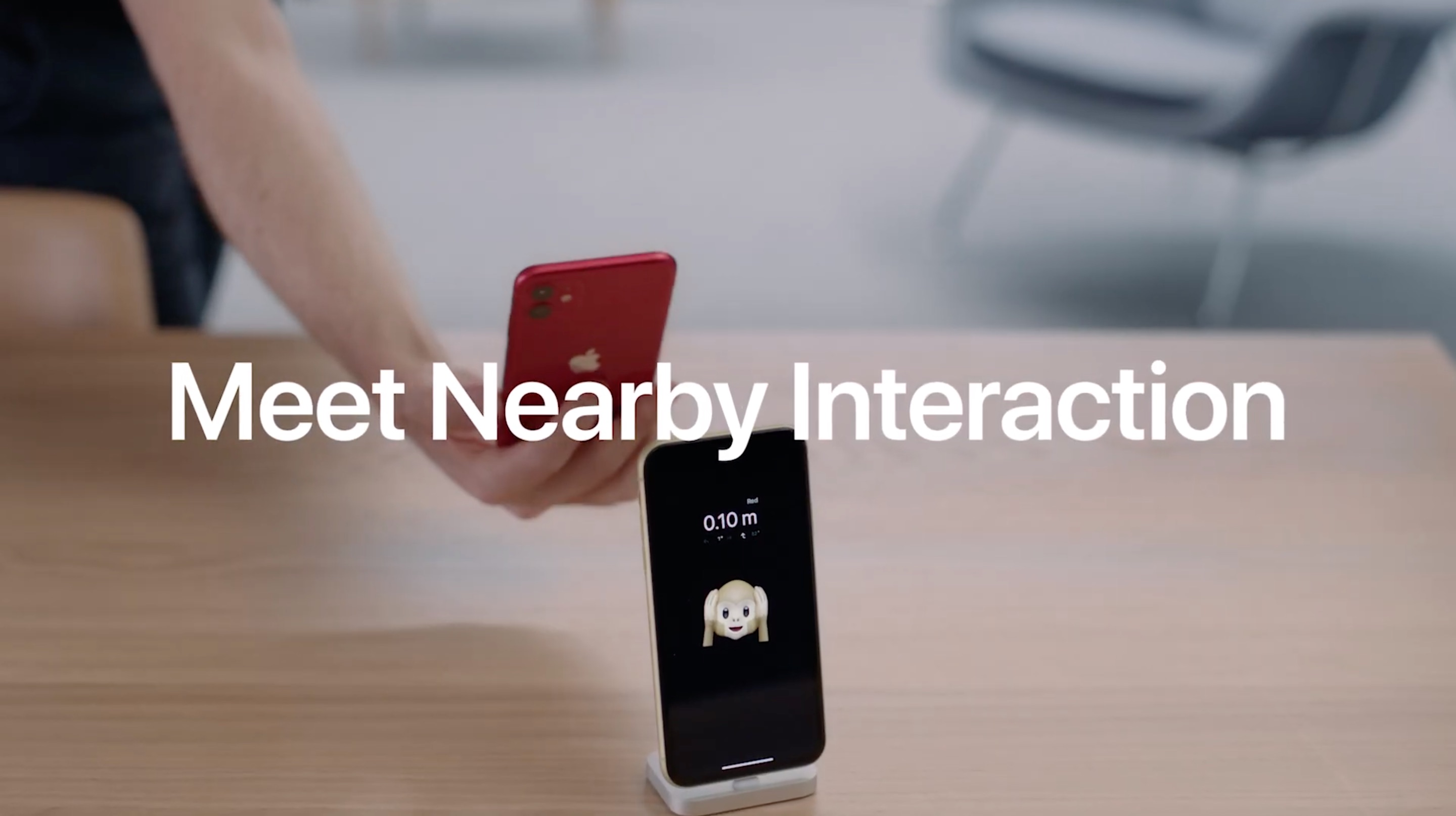 Apple didn’t talk about it during the keynote, but Nearby Interaction is a powerful new framework that developers can use to detect the exact distance between and direction of devices equipped with the Apple U1 chip. You might be familiar with basic spatial awareness from devices like Bluetooth iBeacons in Apple Stores, but Nearby Interaction enables new experiences because of its precision.

Nearby Interaction applied to the Apple Store could become a personal guide to your local store. Your iPhone could theoretically detect the position of individual demo iPhones and give you relevant information about each device as you approach it. The U1 chip offers enough precision to differentiate between an iPhone 11 and an iPhone 11 Pro sitting right next to each other.

As more devices ship equipped with a U1 chip, Nearby Interaction could help you find which table has the products you’re looking for in a busy store, even when merchandise is rearranged.

iOS 14 brings customizable widgets to your Home Screen. A widget for the Apple Store app would make discovering your nearest store, seeing the calendar of upcoming Today at Apple creative sessions, or keeping track of your orders even easier. These ideas have already been explored with the Apple Store app on Apple Watch and an in-app order progress card on iPhone and iPad. 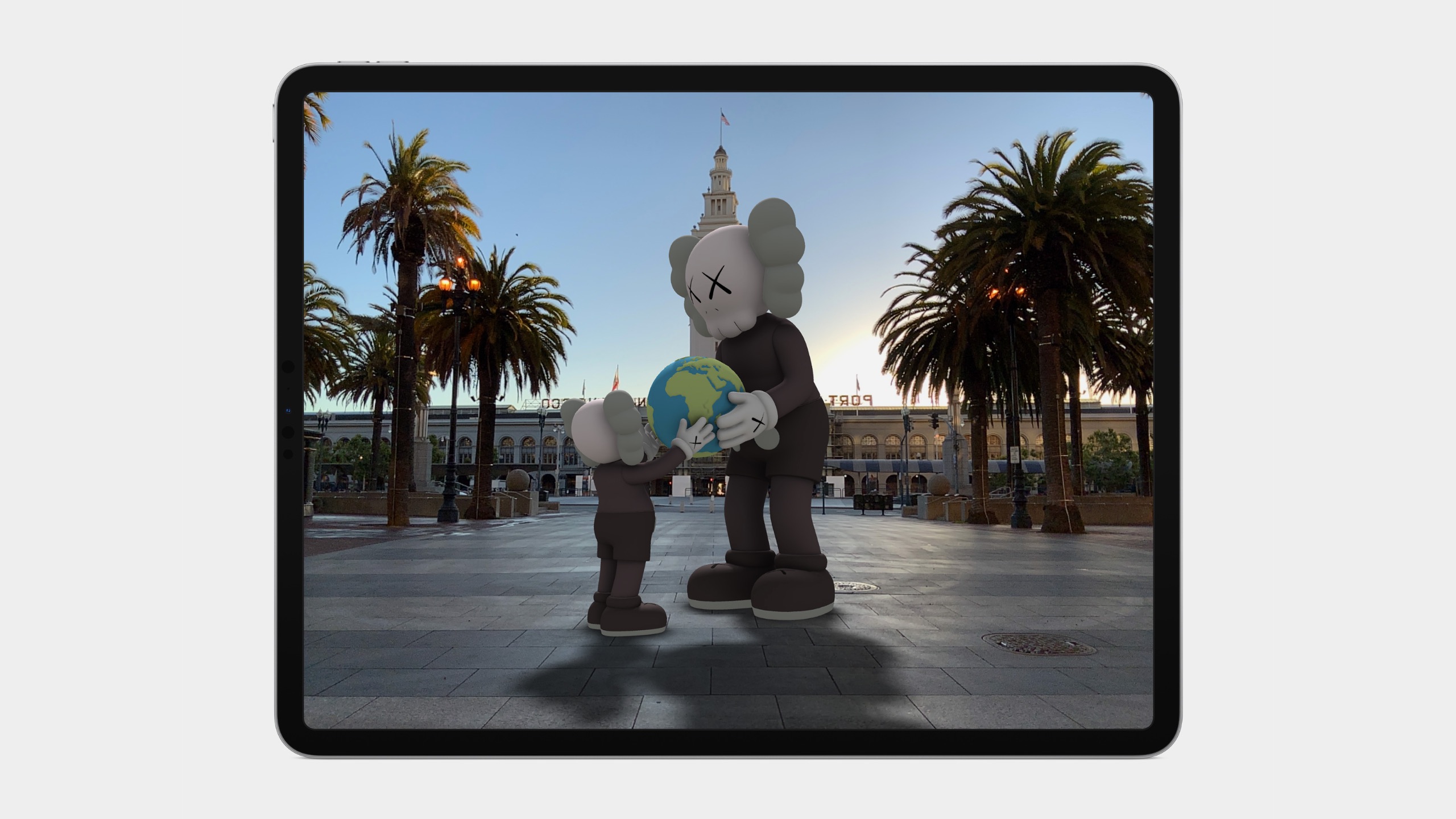 ARKit 4 is an updated set of tools for developers looking to create immersive augmented reality experiences. One of the most exciting changes in ARKit 4 is Location Anchors. With Location Anchors, you’ll be able to launch AR experiences at specific geographic coordinates.

Last year, Apple developed a series of interactive [AR]T Walks at flagship Apple Stores in major cities across the world. The immersive sessions used special iPhones and a custom AR app to guide viewers through virtual installations at specific points in each city. With Location Anchors, similar experiences could be developed without custom hardware and software initiated by Apple’s team.

ARKit 4 opens the door for more accessible augmented reality Today at Apple sessions and the ability to showcase art in and around Apple Stores like never before. Nick Cave’s AR sculpture “Amass” offered a peek into the possibilities last year. It’s easy to imagine installations that take over the plaza outside your local store. Location Anchors use Look Around data from Apple Maps for positioning and will initially be available only in select cities, but coverage should expand with time. 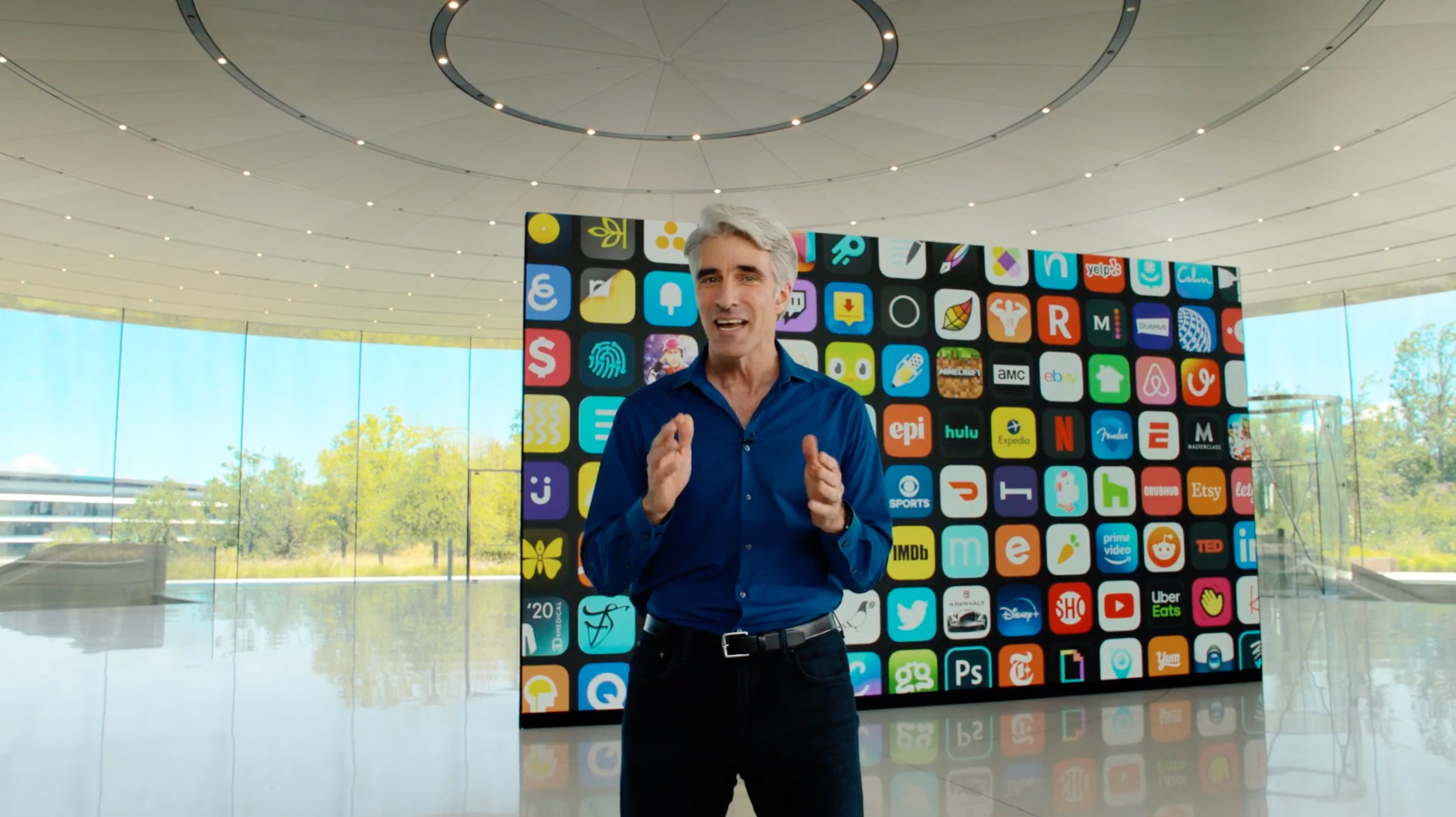 Almost half of all Apple Stores around the world have been updated to add a Forum and a high-resolution video wall for hosting Today at Apple sessions. The WWDC keynote offered a glimpse at what could be in store for the future. 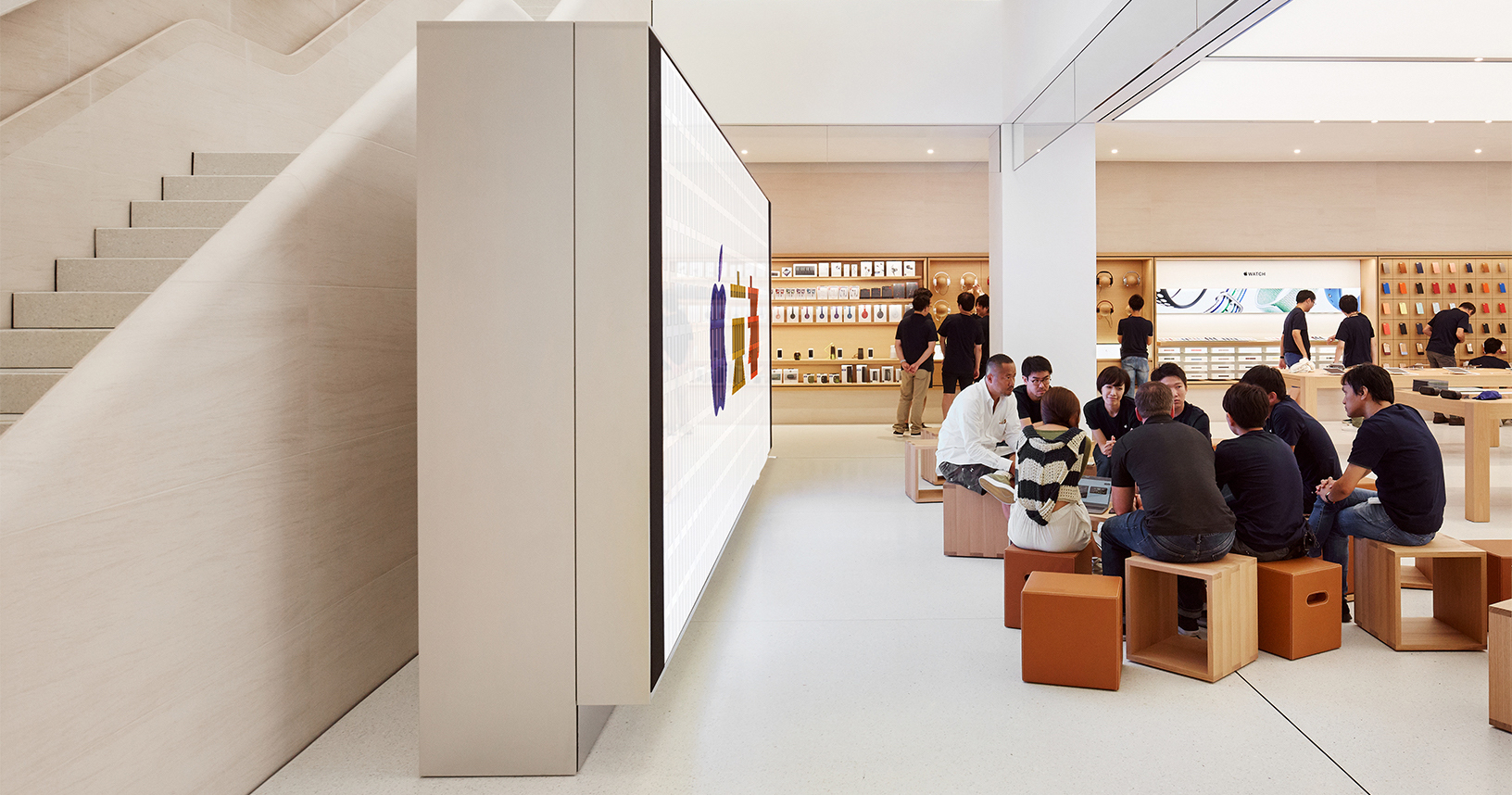 Today’s standalone video walls are relatively thick and very permanent fixtures, with complex cooling for the LED modules and a major internal structure to hold all of the components. The WWDC video walls in Steve Jobs Theater are remarkably thin, with essentially no bezels and nearly invisible LED modules. The displays do not appear to be green screens and are not normally present in the theater, suggesting they are much more modular than today’s retail fixtures. The technology would be a perfect fit for Apple Stores when future locations are built.

iOS 14 will ship this fall, and we hope to learn more about these features and other new possibilities later this year.