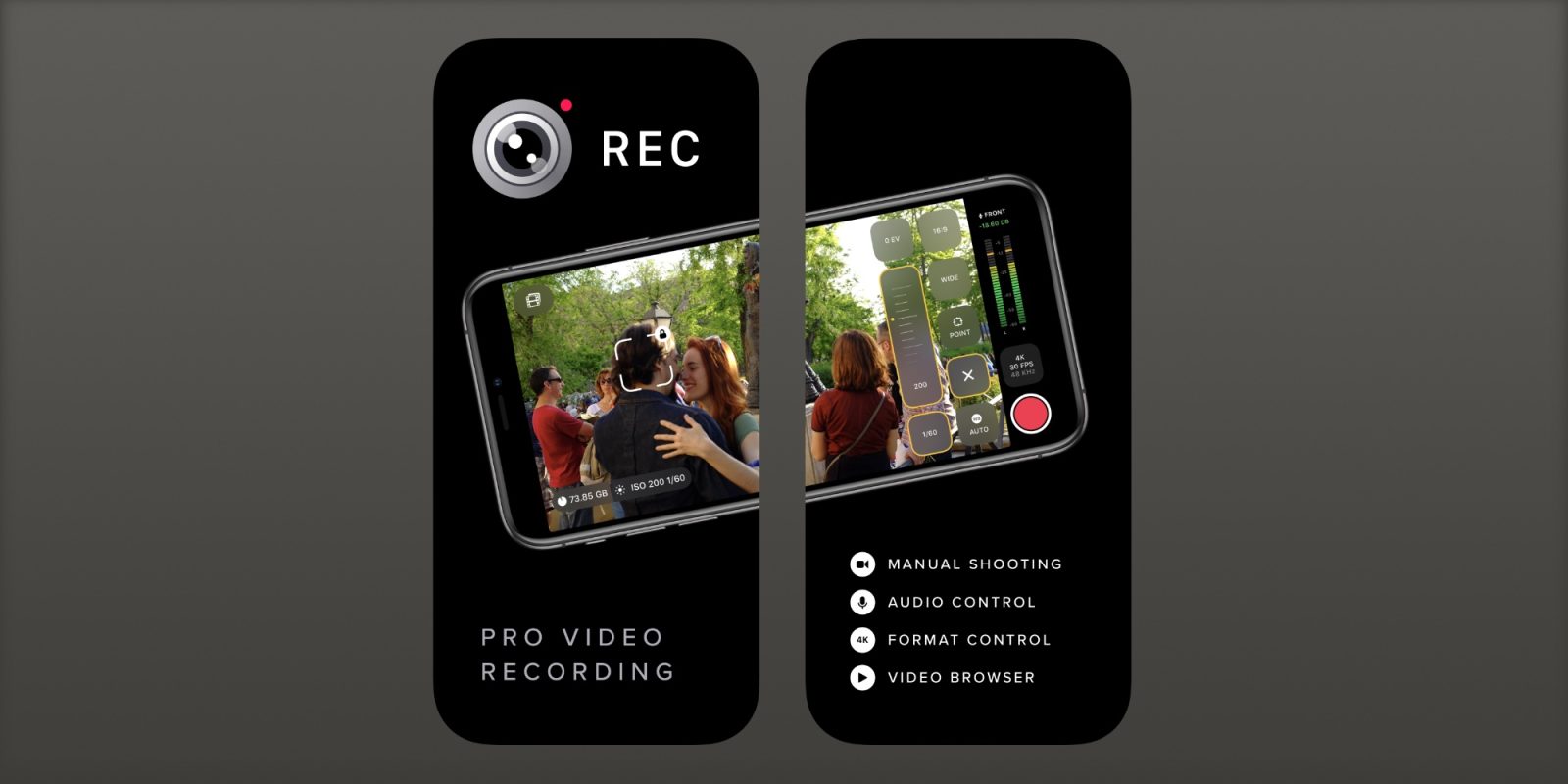 The developers behind Camera+ have unveiled their latest app called REC. As the name suggests, it’s designed to shoot video and brings pro-quality full manual control for focus, exposure, white balance, bitrate, audio gain, and more. Read on a for a look at the robust new video recorder for iPhone.

LateNiteSoft, the team behind the popular Camera+ 2 app announced REC in a blog post today.

REC is a video shooting app with pro features that can be used by expert videographers and casual shooters alike. We took a lot of care to create a beautiful and thoughtful design with easy access to advanced features when you need them.

LateNiteSoft’s Pedro Cuenca shared more on the decision to create a separate app for REC instead of building it into Camera+.

We want Camera+ 2 and REC to be the best apps for photo and video capture. Having them separate will allow us to keep a razor-sharp focus on the best features and UI for each task. It prevents bloating. We won’t have to make compromises down the line on certain aspects of the user experience: we’ll just use what’s best for either app. And, while some people do photo and video, many others favor one more than the other, or use them for different purposes.

As for features, REC has what looks like a clean and simple UI with power-user features:

Another highlight is that REC stores your videos separately from your photos so they’re easy to browse and find what you’re looking for.

REC is available now for iPhone as a pre-order for $3.99 and will launch on July 16th at a regular price of $4.99. There will also be a bundle deal available for Camera+ 2 and REC on the 16th including an option for existing Camera+ 2 customers to upgrade at a discount.

We have a very sweet deal for all of our Camera+ 2 customers. On the 16th we are launching a bundle containing Camera+ 2 and REC for just $6.99, 30% off the regular combined price of $9.98. If you already own Camera+ 2, you can complete your bundle and just pay the difference.

You can learn more about REC on the app’s website here.