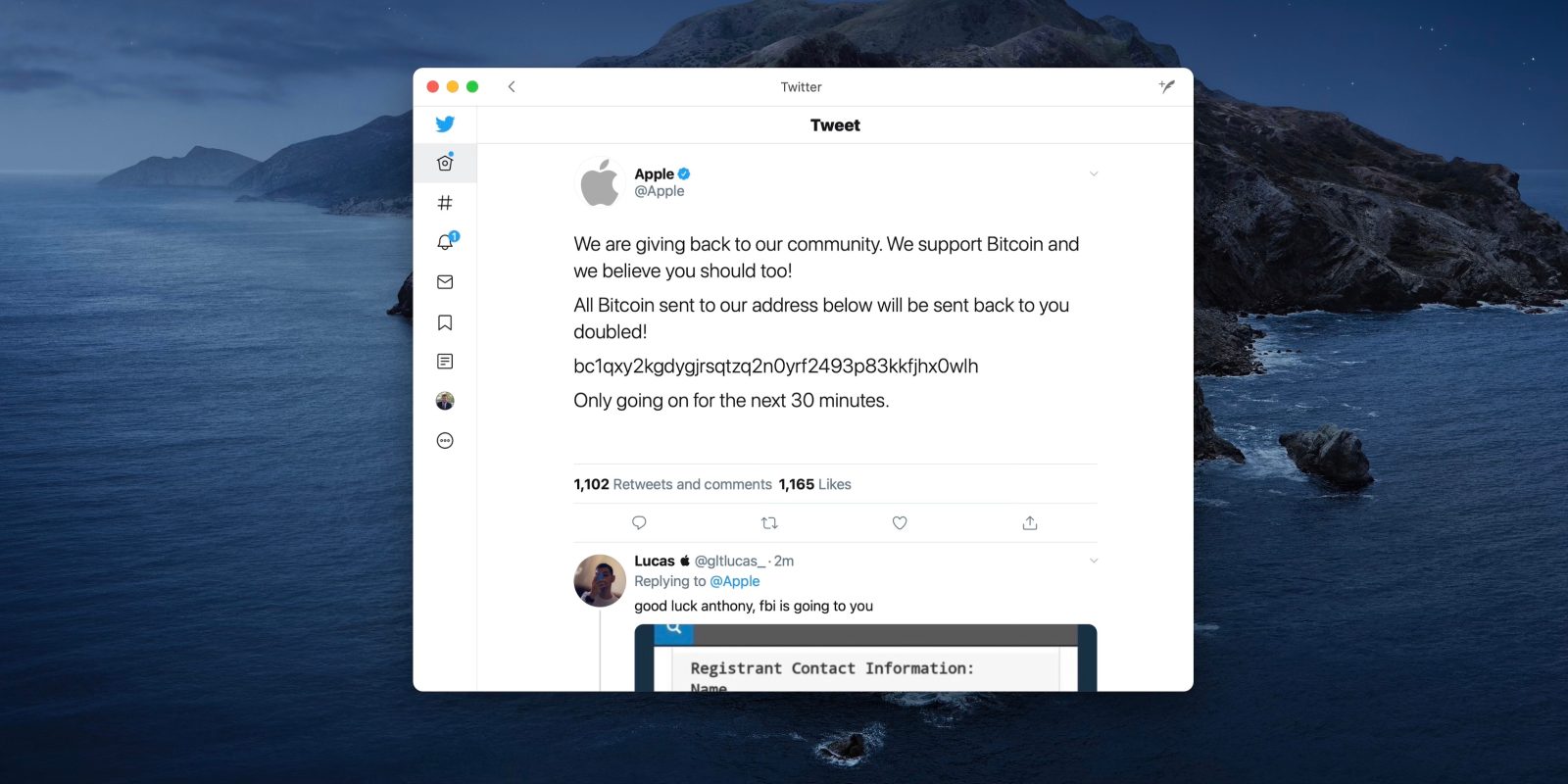 Update: Twitter appears to have disabled the ability for verified accounts to tweet in wake of this compromise.

Update: Twitter has restored tweeting power to verified accounts as of 8:40 p.m. ET on 6/15

This hack is likely a Twitter-level compromise of some sort and has affected countless high-level executives and brands. In addition to Apple, Jeff Bezos, Mike Bloomberg, Elon Musk, Bill Gates, Uber, Kanye West, and many more have also had their Twitter accounts compromised.

The notable Twitter accounts that have been affected by this compromise include:

We are giving back to our community. We support Bitcoin and we believe you should too!

All Bitcoin sent to our address below will be sent back to you doubled! Only going for the next 30 minutes.

All of the tweets from each account are highly coordinated. The pitch is that the brand or person will double any payment sent to the included Bitcoin address. According to a report from CoinDesk, many of the accounts were using two-factor authentication.

Whereas the Apple tweet was quickly removed and has yet to be reposted, tweets continue to be sent and eventually deleted on Elon Musk’s account. In fact, the most recent Tweet from Musk’s account claims that the Tesla CEO sent out $45,000 as part of the promise.

Thus far, the scheme appears to have generated well over $100,000 worth of Bitcoin. This number continues to grow quickly and tweets continue to emerge from high-profile accounts.

In a statement, a spokesperson for Bill Gates said:

“We can confirm that this tweet was not sent by Bill Gates. This appears to be part of a larger issue that Twitter is facing. Twitter is aware and working to restore the account.”

We are aware of a security incident impacting accounts on Twitter. We are investigating and taking steps to fix it. We will update everyone shortly. 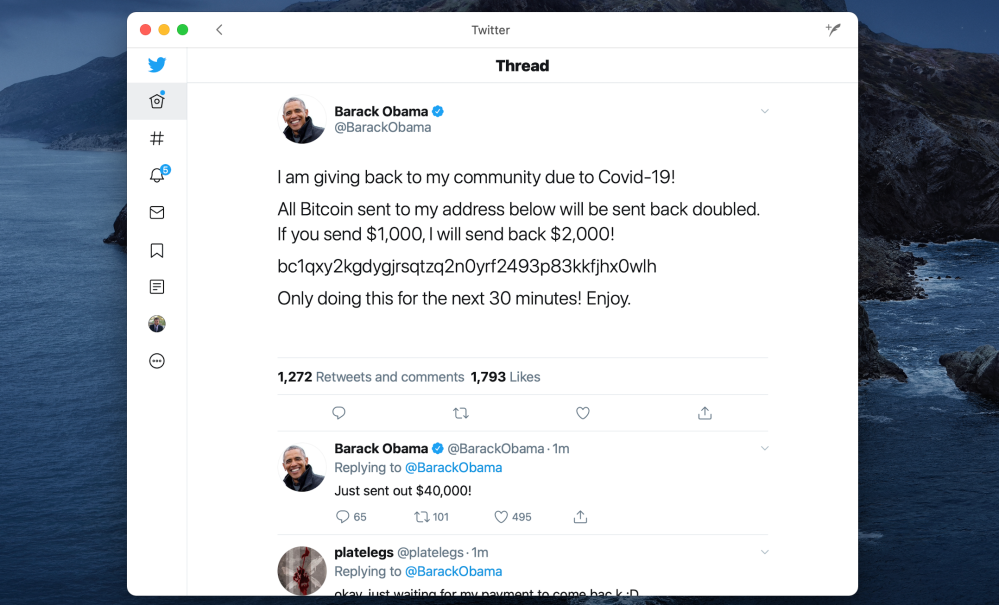