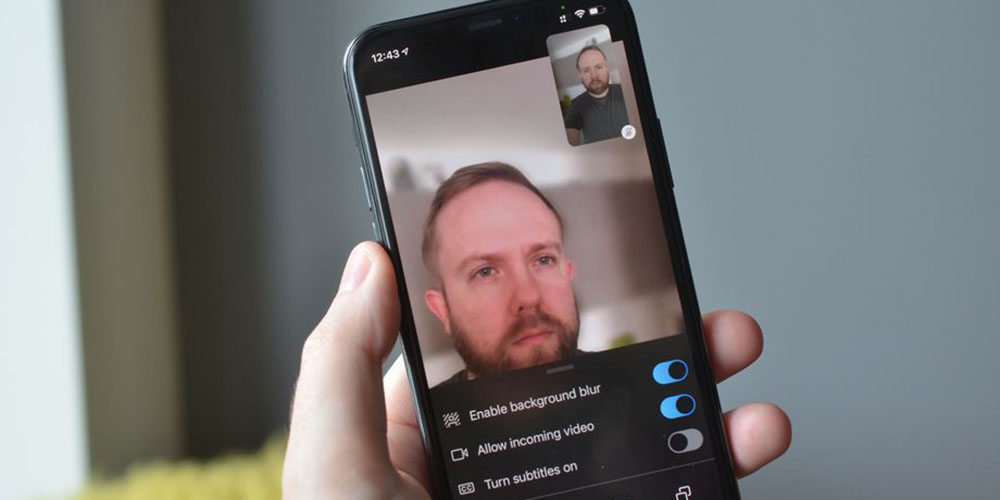 Background blur works in a similar way to the first generation Portrait photo feature on iPhones, detecting faces and then artificially blurring everything behind them. However, it doesn’t require devices with TrueDepth cameras, relying entirely on AI.

We’ve all had those moments: You’re about to video call your parents and your laundry is all over the place, or you’re about to have a meeting with a potential investor and your business plan is on a whiteboard behind you, or you’re being interviewed on live television and your adorable child comes marching into the room. There are plenty of life’s moments that can get in the way of you being the focus in every video call—and that’s why we’re introducing background blur in Skype video calls.

Background blur in Skype is similar to background blur in Microsoft Teams. It takes the stress out of turning on your video and puts the focus where it belongs—on you […] Your background will be instantly and subtly blurred, leaving just you as the only focal point.

Background blur in Skype and Teams uses artificial intelligence (AI)—trained in human form detection—to keep you in focus during your call. This technology is also trained to detect your hair, hands, and arms, making a call with background blur just as relaxed and easy as a regular video call.

Microsoft noted when it came to Mac, Windows, and Linux last year that it required a decent amount of video-processing power, so that may explain the delay before coming to mobile devices. Interestingly, though, the latest version of the app doesn’t have any asterisks about only working on certain iPhones or iPads.

Also notable is the fact that the Android app has not yet been updated to add the feature.

Microsoft’s support page has been updated to add instructions for mobile to those for the desktop app.

How do I blur or customize my background during a video call in Skype for Windows, Mac, and Linux?

How do I blur my background during a video call in Skype for iPhone and iPad?

Virtual backgrounds came to Mac in April of this year, with additional backgrounds added just this week, but this feature is not yet available on iOS devices.

Skype for iPhone is a free download from the App Store.

Via and photo: Tom Warren/The Verge