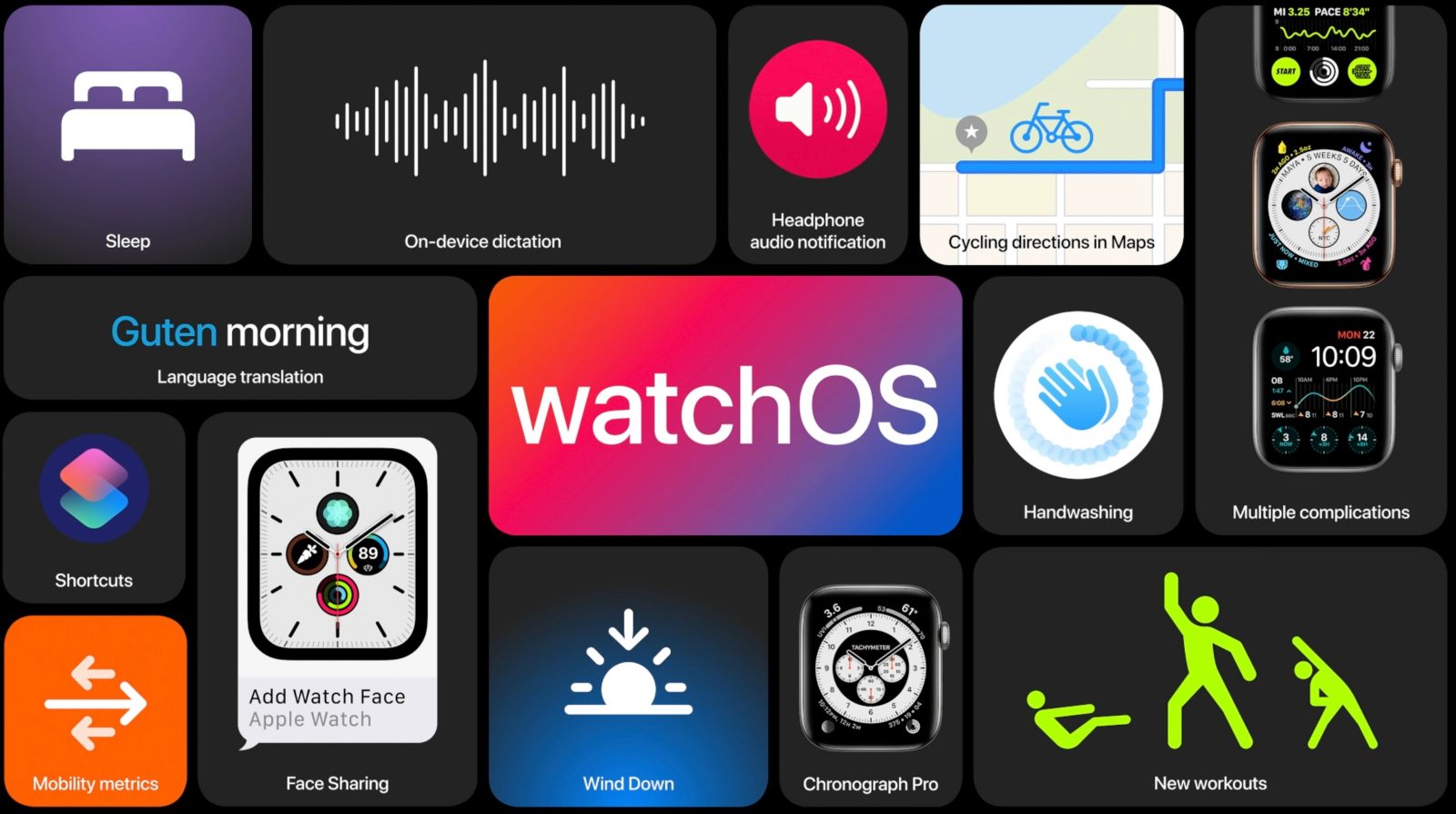 watchOS 7 beta 3 can be installed by developers through the companion Apple Watch app on iPhone or by heading to the Settings app on the Apple Watch itself. If you don’t yet see the new beta on your device, be sure to keep checking as it’s still rolling out to all developers.

watchOS 7 is currently available to developers only, but for the first time ever, Apple will also release a version to public beta users sometime this month. Interestingly, Apple released the first public beta of iOS 14, iPadOS 14, and tvOS 14 just under two weeks ago, but there is no sign of the macOS 11 Big Sur or watchOS 7 public betas.

watchOS 7 adds a variety of new features to the Apple Watch, including support for watch face sharing. You can now create and share watch faces with other people, but developers can also offer preconfigured faces in their application, while you can also add watch faces from the web.

Sleep tracking is also now supported on Apple Watch, while Workouts app has been updated with new dance workouts and improved calorie tracking for things like core training, cooldowns, and functional training.

We also expect Apple to release iOS 14 beta 3, iPadOS 14 beta 3, macOS 11 Big Sur beta 3, and tvOS 14 beta 3 today. If you spot any changes in watchOS 7 beta 3 or the other new betas from Apple today, let us know in the comments below or on Twitter @9to5Mac.