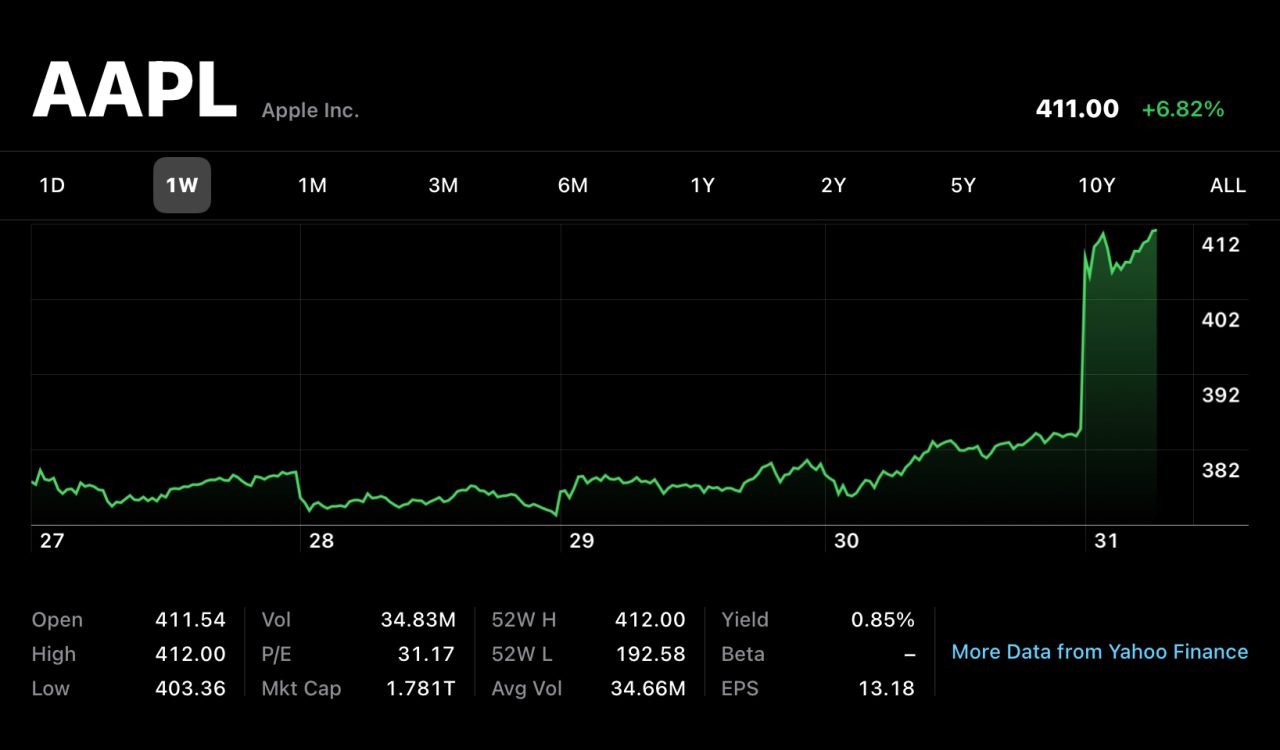 Apple posted impressive Q3 results yesterday as well as announcing a 4-1 stock split. This morning with the market open, AAPL shares hit a new all-time high and now the company’s market value has briefly exceeded Saudi Aramco’s to become the world’s most valuable public company on its way to a $2 trillion market value.

AAPL shares opened up over 6% this morning after the new record June quarter for the company, pushing them over $410 (at the time of writing), a new all-time high for the stock.

Just back in June, Apple hit the new milestone of a $1.5 trillion market cap and the company’s latest stock boost has pushed that it to $1.78 trillion, momentarily surpassing Saudi Aramco as the world’s most valuable publicly-traded company (via Reuters).

Saudi Aramco’s market value was most recently $1.76 trillion and Apple and the oil giant could trade positions back and forth as the world’s most valuable company during trading today.

During Apple’s Q3, the company saw big 11% growth with revenue at $59.7 billion and a profit of $11.25 billion. Contrary to many analysts’ expectations, the pandemic drove more sales than ever of its products, particularly iPad and Mac.