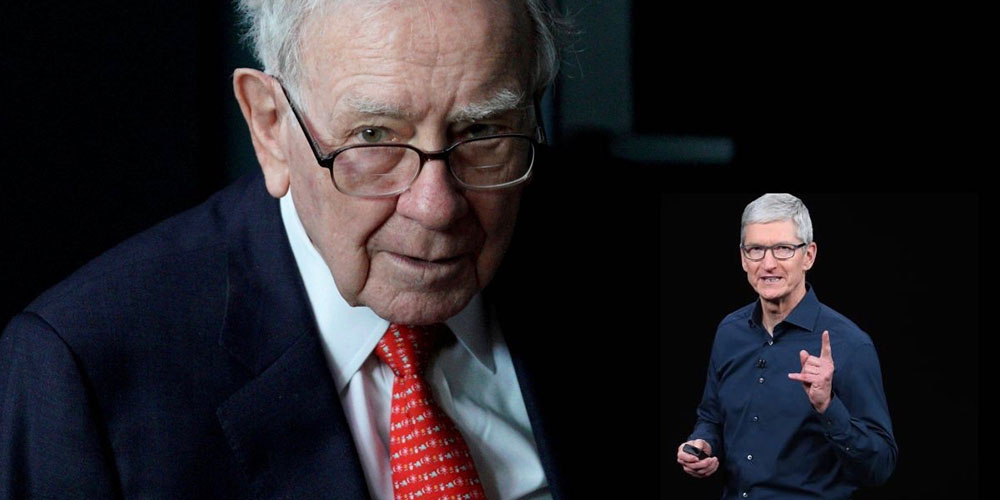 A stronger than expected Q3 earnings report of $59.7B took investors and analysts by surprise, prompting a steep rise in the price of the stock. This saw Apple briefly exceed Saudi Aramco’s market cap as the most valuable company in the world.

Business Insider notes that this latest gain means that Berkshire’s stake has tripled in value. The conglomerate purchased shares in blocks at different times at different prices, but the fund’s own report cites the total cost of buying AAPL stock at $35.287B.

The famed investor and Berkshire Hathaway CEO spent about $35 billion to acquire 250 million Apple shares between 2016 and 2018, according to his 2019 shareholder letter. Buffett has cashed out some of that holding since then, and owned 245 million shares at last count.

The position is currently worth more than $104 billion. Apple’s third-quarter earnings sent its stock price up 10% to an all-time high of $425 on Friday, lifting its market capitalization to north of $1.8 trillion, and making it the most valuable company on the planet.

Apple stock has climbed about 42% this year, boosting the value of Buffett’s stake by $30 billion in the past seven months alone.

That means that the conglomerate’s stake in AAPL now accounts for more than 20% of total investment holdings.

Buffett’s newsletter also explained the reasons for its stock selections.

Charlie and I do not view the $248 billion detailed above as a collection of stock market wagers – dalliances to be terminated because of downgrades by “the Street,” an earnings “miss,” expected Federal Reserve actions, possible political developments, forecasts by economists or whatever else might be the subject du jour.

What we see in our holdings, rather, is an assembly of companies that we partly own and that, on a weighted basis, are earning more than 20% on the net tangible equity capital required to run their businesses. These companies, also, earn their profits without employing excessive levels of debt.

Returns of that order by large, established and understandable businesses are remarkable under any circumstances. They are truly mind-blowing when compared to the returns that many investors have accepted on bonds over the last decade – 21⁄2% or even less on 30-year U.S. Treasury bonds, for example.

Buffett said earlier this year that Apple was ‘probably the best business I know in the world.’