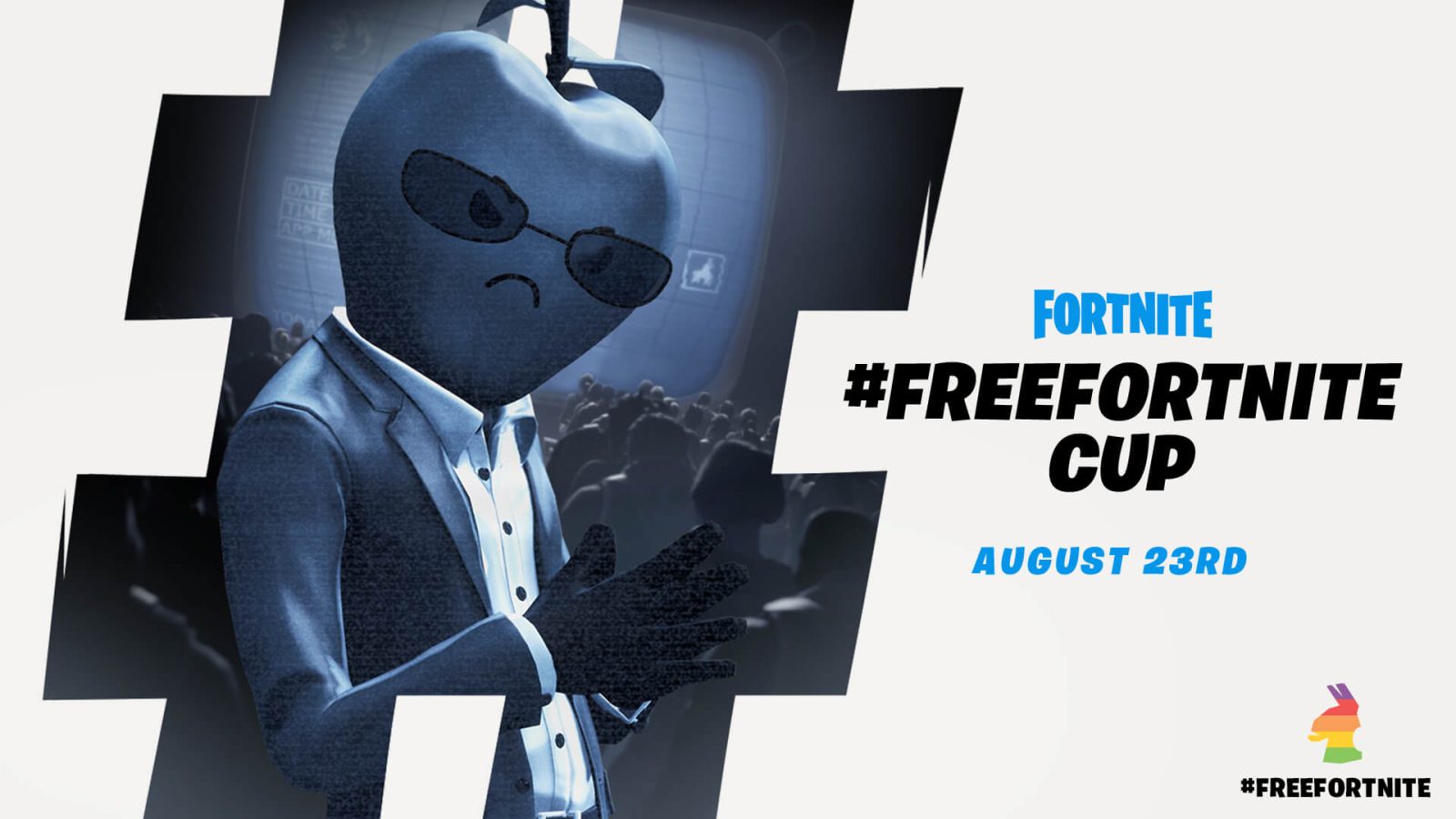 Following the removal of Fortnite from the App Store last week, Epic Games has just announced a tournament in favor of the #FreeFortnite campaign against Apple. Players will be able to compete for prizes such as Android devices and Windows PCs.

Epic is inviting Fortnite players to join in a worldwide tournament this Sunday, August 23, in protest of Apple’s decision to remove Fortnite from the iOS App Store. The gaming company will offer 1,200 non-Apple devices for “apple-eaters” in an attempt to promote other devices that can still run Fortnite.

Celebrate the quest for one more Victory Royale with friends across all platforms in the #FreeFortnite Cup this Sunday, August 23. Drop in for an opportunity to win more prizes than ever before including the new Tart Tycoon Outfit, gaming hardware, and exclusive apparel.

Hardware prizes include an Alienware laptop, a Galaxy Tab S7, a OnePlus 8 phone, a PlayStation 4 Pro, an Xbox One X, and a Nintendo Switch. In addition, players can also win an exclusive skin from the “Apple Man” Tart Tycoon that was introduced in Epic’s “Nineteen Eighty-Fortnite” campaign and a “Free Fortnite” hat.

As pointed out by The Verge, players of Fortnite on iOS who already had the game downloaded won’t be able to update it to play the upcoming seasons, so Epic is reinforcing that users must switch to other devices if they want to continue playing Fortnite.

In response to the recent Fortnite campaigns, Apple recently announced that it’s terminating Epic’s developer account, which will prevent the game company from having access to development tools for any Apple platform, including iOS, macOS, and tvOS. Epic responded with a lawsuit asking Apple to allow Fortnite in the App Store once again with its own payment system, since the dispute started when Fortnite was updated to evade Apple’s In-App-Purchase system.

You can read more about the dispute between Epic Games and Apple here on 9to5Mac.