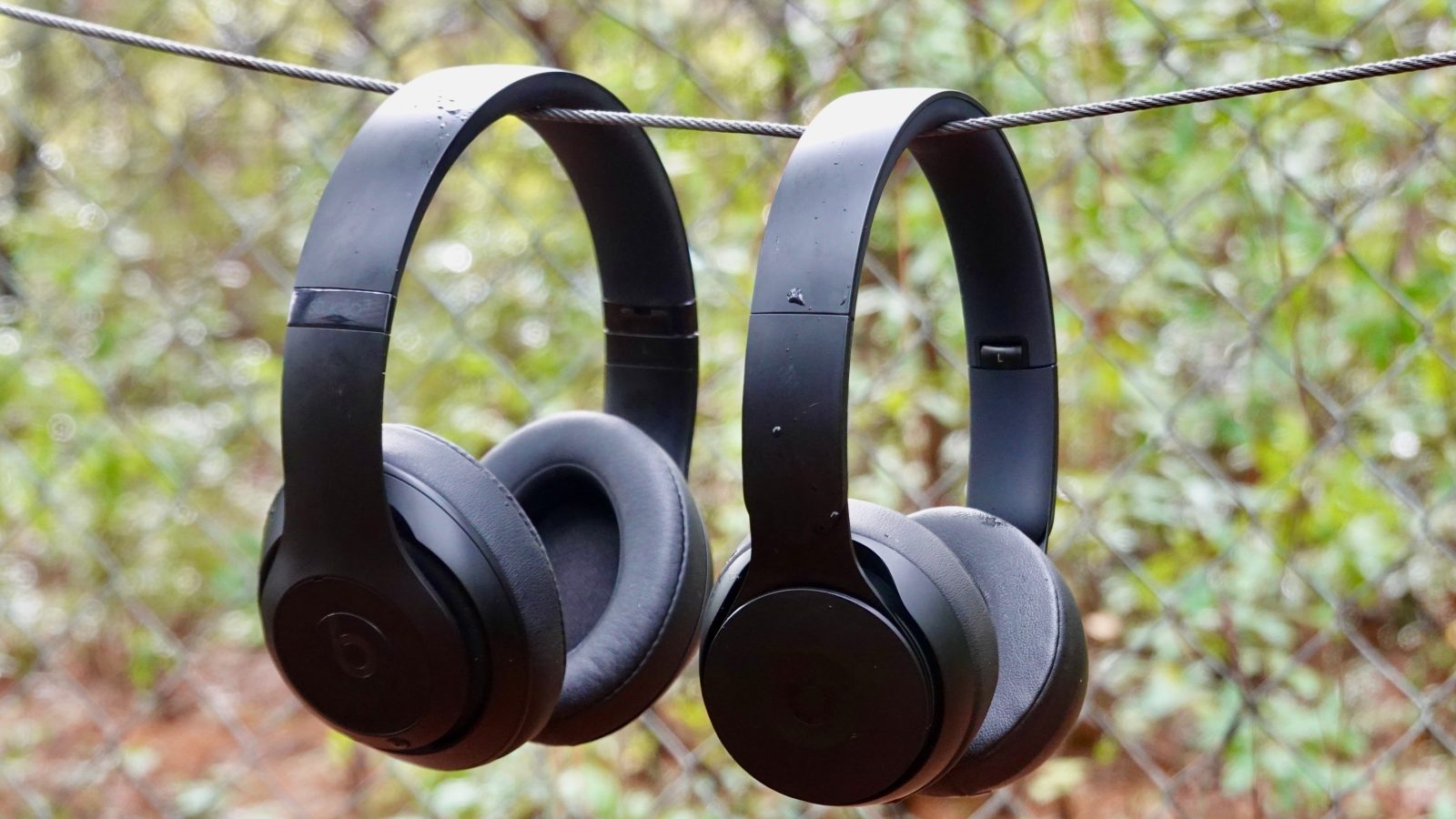 Rumors about Apple’s plans to make its own pair of over-ear headphones have been circulating for more than two years. More details about what to expect have emerged recently, including news that a release in 2020 is still likely. Read on as we round up everything we know so far about Apple’s next push into the headphone industry with AirPods Studio.

Right now, there are two key components to Apple’s lineup of audio accessories: AirPods and Beats. In 2020, Apple has continued to update its Beats brand, while also expanding the AirPods lineup with new models and new features.

Whereas the Beats collection already includes a few different pairs of headphones, Apple’s AirPods lineup thus far has been limited to earbuds. According to a variety of reports, however, this will change in 2020 as Apple prepares its own over-ear headphones.

These headphones will complement the existing Beats and AirPods accessories, but there are a few key ways Apple is reportedly planning to differentiate them.

Up until this year, the design of Apple’s over-ear headphones was a mystery, and while we still don’t know everything, a report from Bloomberg in April offered more detail on what to expect.

According to the report, Apple so far is working on at least two variations of its over-ear headphones: a premium version with “leather-like fabrics” and a “fitness-focused model that uses lighter, breathable materials with small perforations.” There’s also expected support for touch controls for playback on the side.

Furthermore, Apple’s headphones are said to have a “retro look,” the report explains:

Prototypes of the headphones have a retro look with oval-shaped ear cups that swivel and a headband connected by thin, metal arms. The arms stem from the top of the ear cups rather than the sides, the people added. They asked not to be identified discussing products that haven’t been announced.

But where things really get interesting is with how Apple will apparently let users customize their headphones with a modular design, as Bloomberg first reported. Many high-end headphone makers have used magnets for attaching ear pads to the frame. This allows users to swap ear pads when they become worn down.

Apple, however, will take things to the next level. In addition to the ability to swap magnetic ear pads, Apple is reportedly designing its headphones such that the headbands will also magnetically detachable.

What this means is that you’ll be able to swap the headband much like you swap Apple Watch bands. For example, you could attach the perforated, breathable headband for exercising, then switch to the leather material for added comfort and a nicer design while indoors.

Other details on design and connectivity are unclear right now. It’s clear, however, that the modularity will be one of the key differentiators and selling points for Apple’s over-ear headphones in comparison to Beats and other options.

We can expect Apple’s over-ear headphones to borrow many features of the AirPods lineup. This includes the latest H1 chip for fast pairing and switching between devices — if not an even newer version of the chip with additional improvements. This means support for “Hey Siri” as well.

Reports have also indicated that Apple’s over-ear headphones will feature noise cancellation technology, which also means there will likely be support for Transparency mode. Transparency mode is a feature designed to let in sound from your surroundings by relaying sound from an external microphone.

Features like Transparency mode and the H1 chip have come to the Beats headphones in recent years. For example, the Beats Solo Pro (full review) offer noise cancellation and Transparency mode in an on-ear design. Apple’s over-ear headphones, however, are expected to pack additional AirPods features, such as automatically pausing and resuming playback when you remove them or put them on.

Unlike the on-ear Beats Solo Pro, Apple’s headphones will also bring the AirPods features to the over-ear design. Over-ear headphones tend to offer more natural sound isolation and are often more comfortable with many users because of how they cup your ears completely.

While it’s impossible to know details about sound quality until the headphones are available, numerous reports have described them as “high-end,” and we’d expect excellent sound quality to go along with that. We’ll have more details on sound quality as time progresses.

Finally, there are new features coming in iOS 14 that would be excellent for AirPods Studio. Specifically, iOS 14 and iPadOS 14 both include a new Spatial Audio feature designed specifically for AirPods.

Apple says that spatial audio is an immersive experience using directional audio filters to “play sounds virtually anywhere in space, creating an immersive sound experience.” According to Apple, this will put surround channels exactly in the right spot, even as you turn your head or move your device.

Apple has a few main competitors in the high-end over-ear headphones market. Bose makes two incredibly popular and well-reviewed options, the Bose Noise Cancelling 700 and the Bose QuietComfort 35. Both of these offer high-end audio quality and premium designs, with noise cancellation as well.

Elsewhere, Sony’s WH1000XM3 over-ear headphones have also become a popular choice for users, packing noise cancellation, Alexa control, and more. They retail for $348 and are incredibly well-reviewed as well.

Where Apple will be able to differentiate itself, however, is with the deep iOS integration that the H1 chip will offer. Much like how AirPods have become the default wireless earbuds choice for many iPhone users, users might be more tempted by the seamless connectivity experience offered by Apple’s over-ear headphones.

Reliable Apple analyst Ming-Chi Kuo has indicated that Apple hopes to begin mass production of its over-ear headphones in mid-2020, which suggests a release in early fall. Bloomberg has said to expect the over-ear headphones to be released later this year.

Most recently, Bloomberg reported at the end of August that AirPods Studio were still on track to be released in 2020. According to the report, the over-ear headphones will be released in the fall as part of Apple’s “comprehensive product refresh.”

That being said, the project has already reportedly been delayed twice, and further delays are not out of the question especially during the COVID-19 pandemic. It’s comforting, however, that we’re nearing the fall release timetable, and Bloomberg has doubled down on its claims. This perhaps indicates that Apple has avoided any further delays to AirPods Studio.

Pricing information for unreleased Apple products is often impossible to know, but the Beats and AirPods lineups can at least provide some insight. AirPods Pro retail for $249, whereas Beats Solo Pro go for $299. Theoretically, Apple’s over-ear headphones will cost even more than that, perhaps at $349 or $399.

Finally, much like pricing, marketing names are also usually unknown until Apple’s official announcement. In a poll we ran back in 2018, 9to5Mac readers predicted “Apple Headphones” as the name, followed closely by “AirPods Pro” as the runner-up. Of course, that latter option is now taken. “AirPods Studio” has largely become the de facto name in rumors so far.

What do you think of Apple’s rumored over-ear headphones? How much would you be willing to pay for them? Let us know down in the comments!