Beats Solo Pro is the the biggest upgrade to the Solo line of on-ear headphones since Apple bought Beats five years ago. While the evolved $299 ‘Pro’ version carries a $100 premium over Solo3 Wireless, Solo Pro includes active noise cancellation found in Beats Studio3 Wireless for $50 less.

Other new features include Transparency for hearing ambient noise through the headphones, controlling power by folding each side, and Apple’s new H1 wireless chip that first debuted with second-gen AirPods.

The new Beats Solo Pro on-ear headphones look better on paper than Studio in terms of features and value, but one size may not fit all sonically and physically. If you’re in the market for either model, the feature differences are worth a closer look.

Here’s what you need to know about Beats Solo Pro: 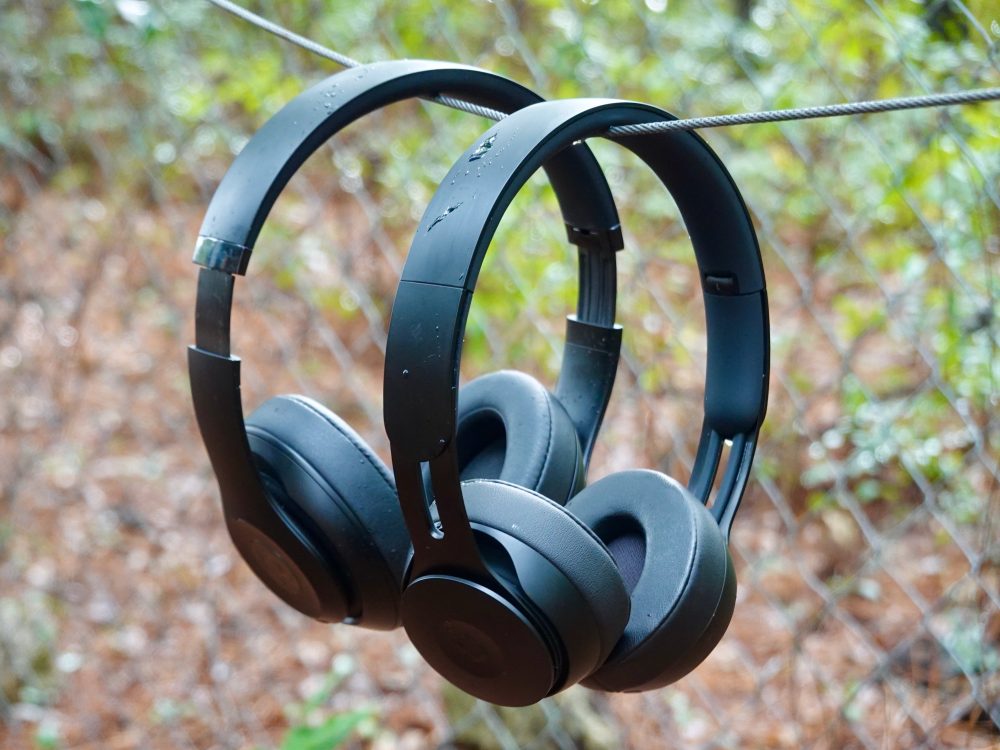 The headband and ear pads feel much more cushioned, and way the headphones extend is much more to my liking. Older Solo and the current Studio headphones visually treat extending each side as a design afterthought; the new approach looks “correct” at any size.

The overall build quality also comes off much sturdier. We’ll have to wait a while before we know how durable Solo Pro headphones are over time, but the changes feel like a strong step in the right direction. 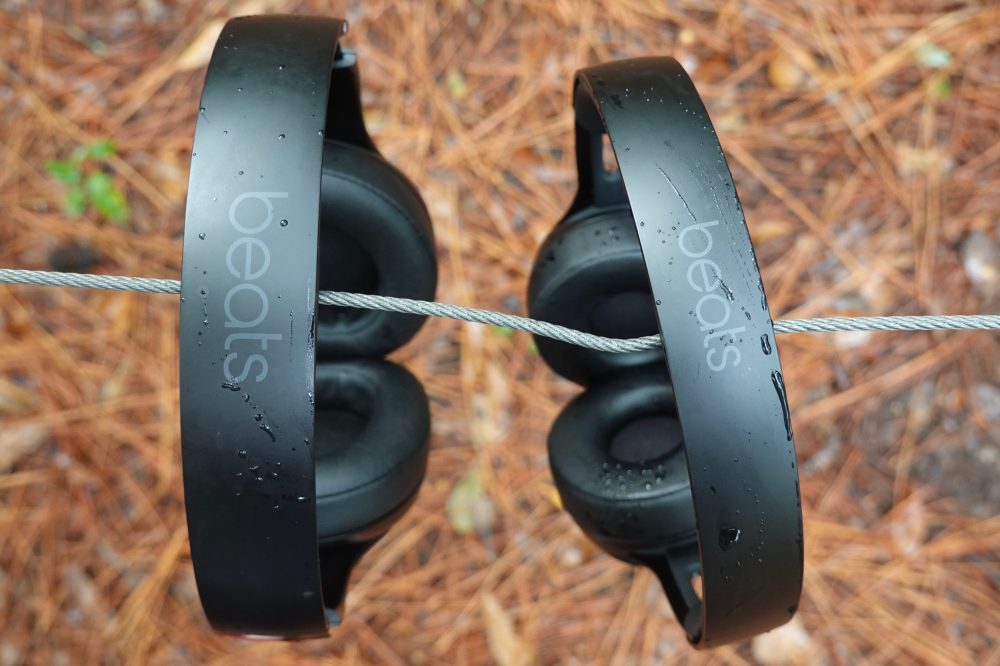 What makes the newest Solo headphones pro? For Powerbeats Pro, the moniker came from going totally wireless — something that would be more challenging for on-ear headphones. Instead, it’s the combination of new features that affect audio performance.

You can optionally turn off Pure ANC by holding down the button on the left earphone to extend 22 hour battery life to 40 hours, although I almost never do this with my Beats Studio headphones.

Pure ANC is no joke on Beats Solo Pro, but the difference in on-ear versus over-ear headphones can’t be ignored either. Beats Solo Pro do a fine job at focusing on your audio and eliminating background noise from your environment, but the vacuum sound chamber created by the larger Studio headphones is next level in comparison.

What you don’t get with Beats Studio headphones is a feature brand new to Beats called Transparency. While Solo Pro headphones aren’t the first to try something like this, the new Beats on-ear headphones pull it off quite well.

Transparency is essentially the opposite of noise cancellation. Instead of using microphones to detect and eliminate ambient sound, Transparency amplifies your environment. You can toggle between Pure ANC and Transparency with a single click of the button on the left earphone.

This type of feature is showing up on more and more styles of earphones and headphones. After trying Transparency on Beats Solo Pro, I’m convinced I want the feature everywhere — especially Powerbeats Pro and Studio! (Surprise! AirPods Pro landed today and include Transparency too!)

Transparency works like a dream. Without playing any audio, Pure ANC effectively blocks out most environmental noise (especially deeper noises). Turn off ANC and you can make out every sound around you albeit muffled. Toggling to Transparency is almost like taking off your headphones.

Because the feature relies on picking up sound around you through microphones, Transparency isn’t effective at amplifying audio at a distance. You can, however, hold a conversation with someone nearby, and Transparency mixes over audio playback including music and podcasts.

This works best with spoken audio or music at lower volumes, but Transparency is absolutely a feature I want everywhere now. 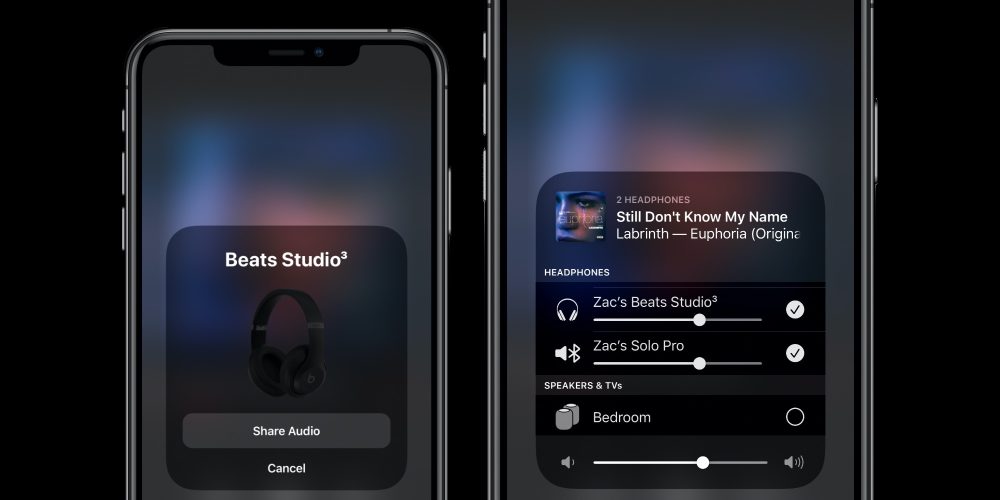 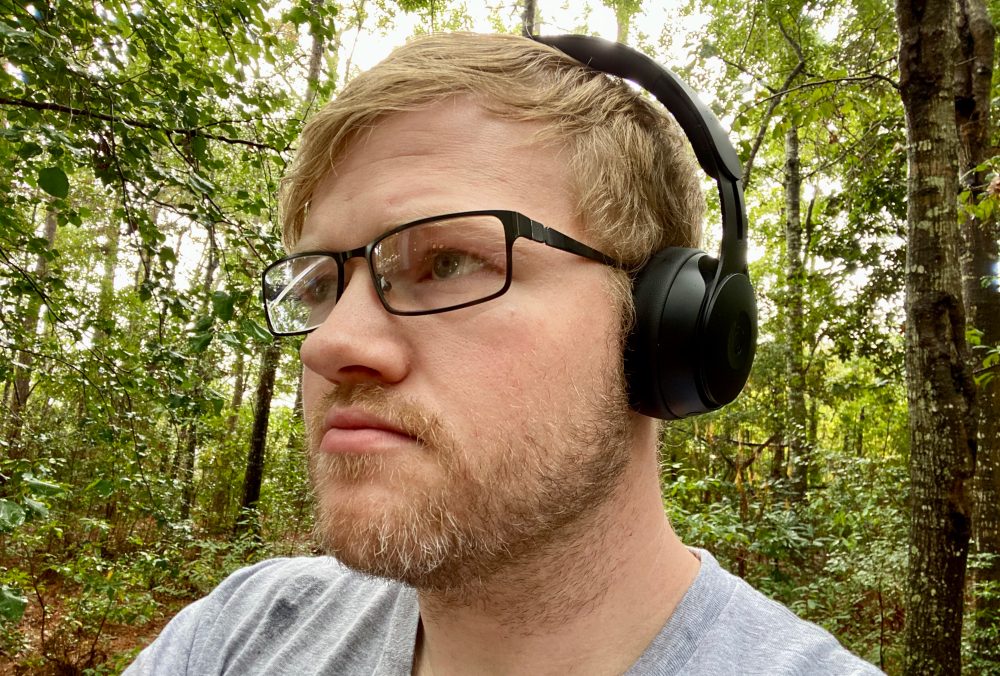 Sonically, I’m quite content with how Beats Solo Pro sound on their own. I didn’t have the $200 Beats Solo3 Wireless headphones around for testing so I can’t definitely say whether the sound performance is a $100 upgrade with Solo Pro, but I expect much of the audio differences are from Pure ANC and Transparency — two features I can see myself toggling between full-time without ever using the plain, non-enhanced mode.

When you compare Beats Solo Pro to Studio, however, the sonic differences make the buying decision more difficult.

Personally, I greatly prefer the more powerful sound of Studio headphones and vacuum chamber-like noise cancellation effect of over-ear headphones. For $50 more, I would have to choose Studio today — but no Transparency and “Hey Siri” is a compromise. I suspect this buying decision will eventually be made simpler for higher-end Studio Pro headphones with similar features and a more premium price (or maybe Apple-branded over-ear headphones).

Something I cannot ignore with Beats Solo Pro is how they feel on my head. Fit and comfort will vary for everyone, but these are definitely not headphones designed precisely for my head shape and size.

Solo Pro padding is substantially better than Solo3 Wireless — this is noticeable as soon as you put them on — but I absolutely wish each arm extended a few levels further.

The cushioning feels great for me as far as on-ear headphones go, but the width of my head seems to push Solo Pro beyond their limit for comfortable use. Despite extending from the default position, each arm is just short enough when stretched apart that tension is created and felt after just a few minutes of use. I can handle about 60 minutes of use before the tension becomes too noticeable, and it’s game over for me for any period of time if I’m wearing a hat.

This discomfort isn’t limited to just Beats headphones (and it’s much less severe with the longer Studio headphones), but it’s why I greatly prefer wireless earphones like Powerbeats Pro or AirPods for extended use instead.

One size won’t fit all (even with adjustable length) so it’s best to do a try-on before buying. 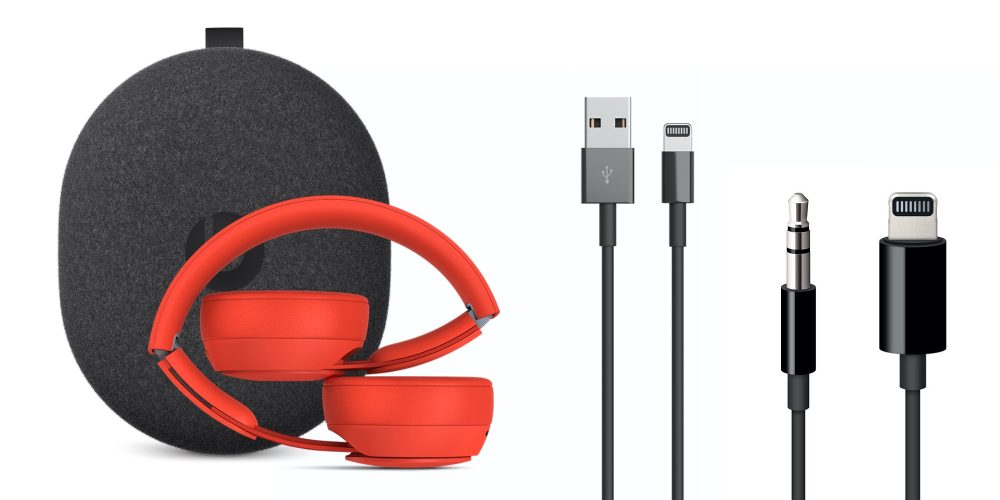 Now that that’s out of the way, let’s wrap up with a few more notable differences between Solo Pro and Solo3 Wireless.

First, there’s a new power toggle method. Gone is the battery status indicator and ability to turn the headphones on and off while unfolded. Instead, Solo Pro headphones power up when unfolded and power down when collapsed.

This makes powering up feel really fast while reducing the number of times I leave headphones powered on to die on my desk, although I never folded my headphones before now — instead I “docked” mine on the 12South Fermata charging stand.

Beats Solo Pro also switch from micro-USB charging to Lightning, the same cable that charges the iPhone. The micro-USB port has been a holdover from the pre-Apple design days, only being replaced with Lightning when a totally new design is introduced (BeatsX, Pill+, Powerbeats Pro, and now Solo Pro).

But the transition has taken long enough that I would greatly prefer USB-C now instead, matching my MacBook Pro and iPad Pro; I charge my iPhone wirelessly most of the time.

Finally, these are the first Beats headphones to drop the headphone jack (following the iPhone 7 and later). While Beats Solo3 headphones went wireless, they retained the optional line-in cable that connected to the 3.5mm port on the headphones. Apple sells a 3.5mm to Lightning cable that works with Beats Solo Pro for wired use instead.

Personally, I haven’t used the bundled cord in years so having a headphone jack was pointless — especially when it didn’t enable use without battery life. Charging more for the experience now is a bummer, but budget-friendly Solo3 Wireless headphones aren’t going away yet. 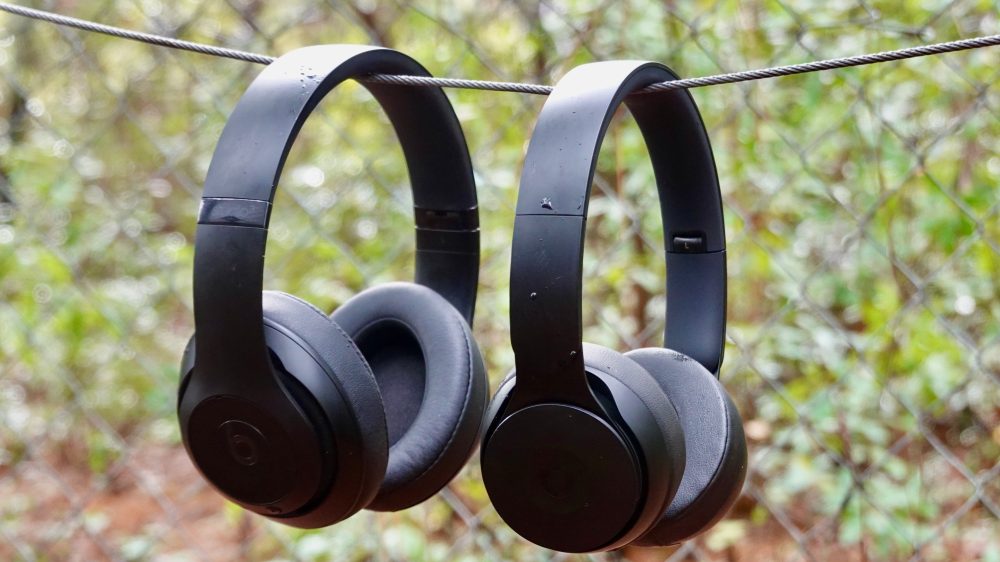 I’ve been testing Beats Solo Pro for two weeks now after using Studio Wireless for a few years. Comfort and head shape aside, the mix of features and sonic performance in Solo Pro is solid for its size. You can now enjoy Pure ANC (and Transparency) in a much tighter package than before — and for $50 less than Beats Studio Wireless.

Technically, Beats Studio headphones should sound better, however, and they do — at least for dedicated music headphones. Personally, I use wireless earphones most of the time when listening to music during an outdoor run or playing podcasts during a walk. Giant over-ear headphones are overkill in those situations, but Beats Solo Pro with environmental noise piped through for safety and awareness changes the equation. I just wished they came in an XL size.