AAPL wouldn’t have been your best tech investment in 2015, despite 340% gain 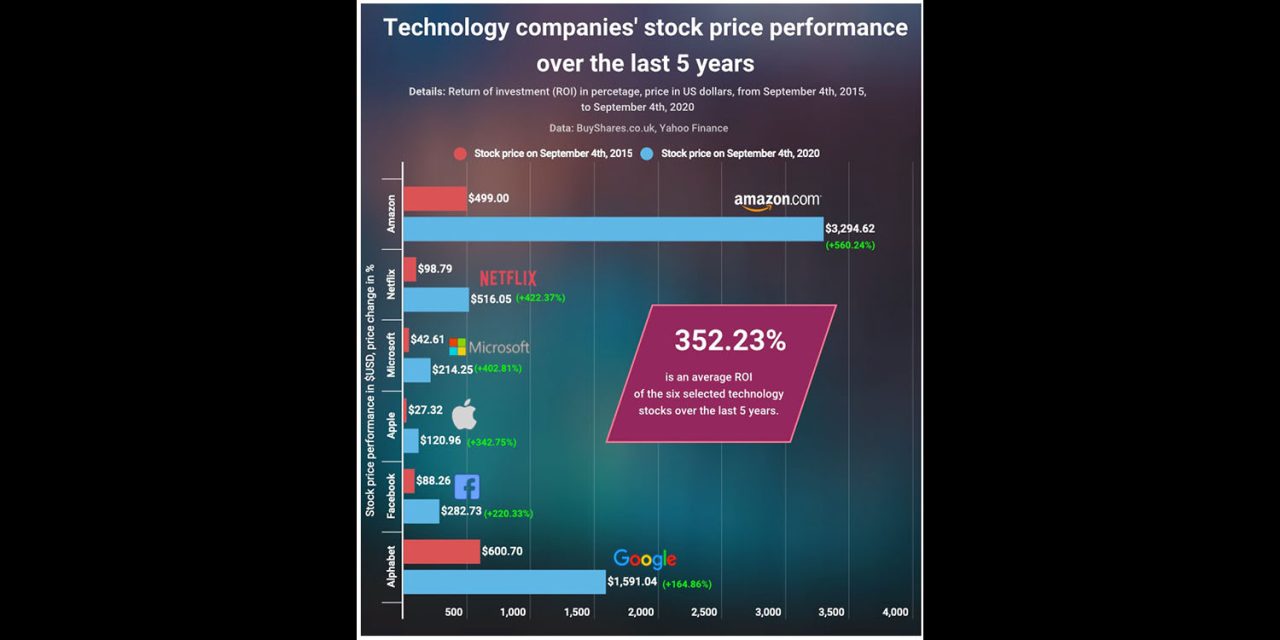 If you’d bought AAPL shares in September 2015, you’d have enjoyed a 340% return. Despite this, however, the stock wouldn’t have been your best tech investment over the 5-year period …

Your money would, however, have been better placed in one of three other tech stocks.

Investing in Microsoft stock would have generated a return of 402% over the same term. Netflix, one of 422%. But your best tech investment would have been Amazon.

Data presented by Buy Shares indicates that sampled top six technology stocks had an average return on investment of 352.23% between September 4th, 2015, and September 4th this year. The research overviewed the ROI of Amazon, Netflix, Microsoft, Apple, Facebook, and Alphabet.

The research shows that returns between the highlighted companies vary greatly. Amazon has been the biggest gainer with a massive ROI of 560.24%. On the other hand, Alphabet had the least ROI of 164.86%.

Of course, part of the reason for that has been the coronavirus crisis – something that would have been rather difficult to predict back in 2015, though some have been warning of something similar for a long time.

From the data, Amazon has been the most profitable technology stocks. The stock has soared over the recent years, with 2020 recording one of the highest spikes due to the coronavirus pandemic. The health crisis boosted Amazon’s first-quarter e-commerce revenue. More people around the world turned to online shopping to limit their exposure to the virus. Additionally, the total number of Prime members has been growing significantly. In January, Amazon announced there were more than 150 million Prime members worldwide while in 2018, the figure stood at 100 million members globally.