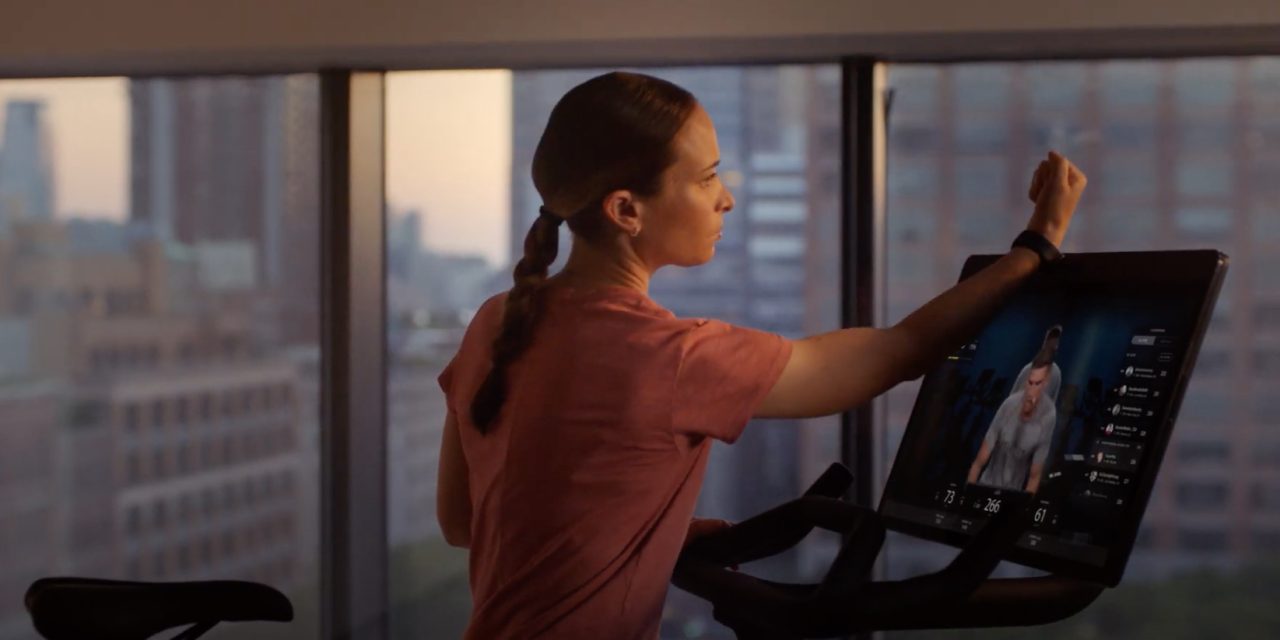 The connected gym equipment market has heated up in the last couple of years, with Peloton as a leading brand in the space. Today, the company announced a new home exercise bike, called Peloton Bike+, which features Apple GymKit support for seamless syncing of workouts to Apple Watch.

The Peloton Bike+ will be available starting September 9, priced at $2495. The original Peloton Bike is getting a price cut to $1895. The company also announced a new range of treadmills – find out everything new over at Connect The Watts.

GymKit was first announced at WWDC 2017, but uptake from manufacturers has been slow. The Peloton Bike+ is easily the most prominent new product to hit the market with GymKit integration. With just a contactless tap of the Apple Watch to the NFC reader, the bike and Watch synchronize to start a workout and share workout metrics.

When a workout is paused on the watch, it pauses on the bike and vice versa. The Watch can contribute health data from sensors like its own heart rate monitor, and the bike can tell the watch about things it knows, like how fast the user is pedalling and what resistance level is being used. The end result is a pretty seamless workout experience that provides more accurate readings and calorie estimates than if the Watch was used standalone.

The Peloton Bike+ features a 23.8-inch touch screen which provides the UI and enables users to connect to Peloton’s fitness classes and social features. The screen can be rotated by up to 180 degrees. It also includes a four speakers for listening to music and clearer sound of instructors.

The Peloton Bike+ will be sold in the United States, the United Kingdom, Canada and Germany at launch. Existing owners of the original Peloton Bike can trade in their model for a $700 credit towards a purchase of the Bike+.

For more information, check out our sister site Connect the Watts for all the details of today’s Peloton announcements and high resolution imagery.