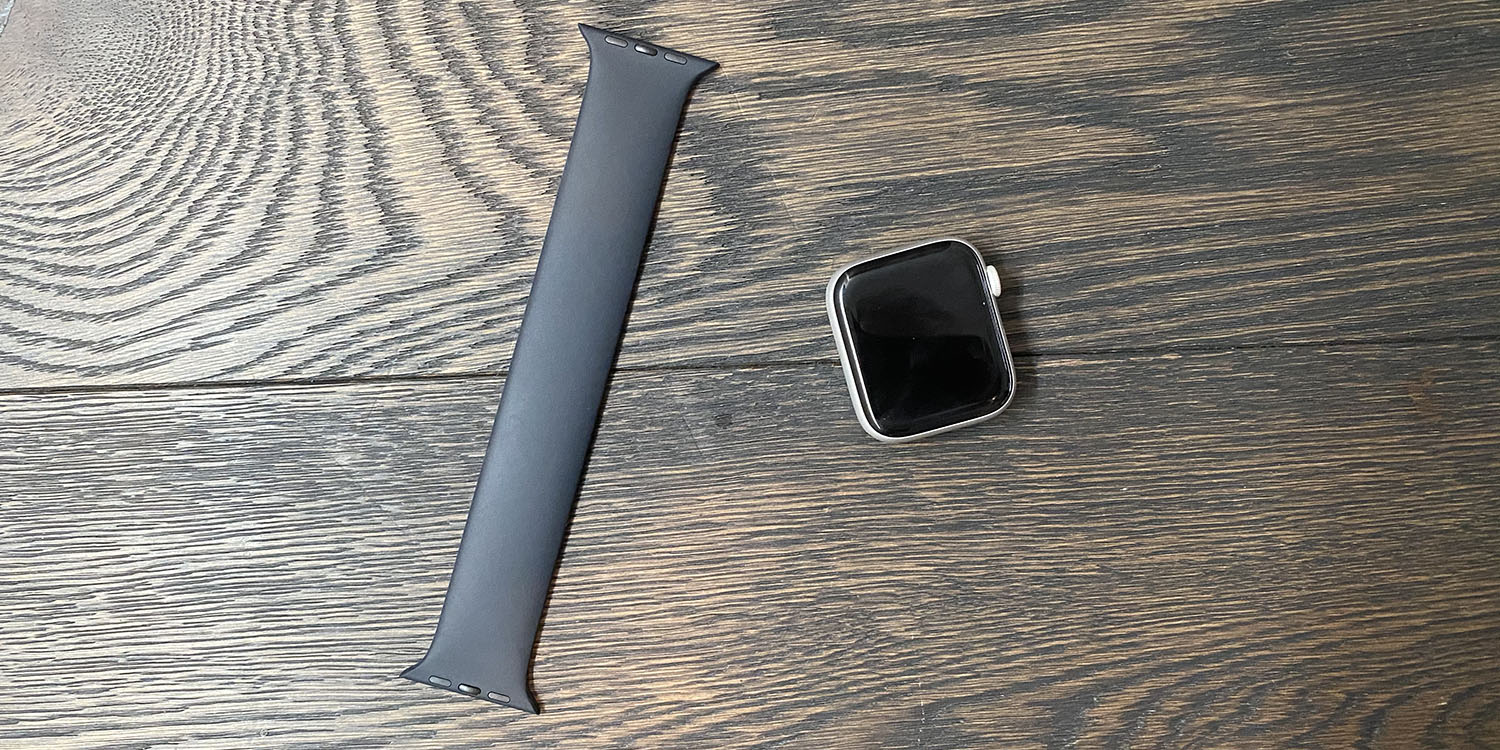 I took delivery of my Solo Loop Apple Watch band this morning, and first impressions are good.

I wasn’t tempted to swap my Series 4 for a shiny new Apple Watch Series 6 for reasons explained earlier, but I did like the look of the Solo band for a couple of reasons …

Mostly because I liked the seamless aesthetic. No holes, buckles, or other fastening paraphernalia; just one smooth, unbroken band. It also looked like it would be easier to put on and take off than a band that had to be fastened.

I liked the look of both the smooth and woven varieties, and since I didn’t have a strong preference and the smooth one was half the price, that wasn’t a difficult decision.

I’d accumulated quite a few third-party bands over the years, which I used to swap around fairly frequently – at one point even doing so daily to match the colors to my clothing. That phase didn’t last long, but I did still swap them from time to time for variety before reviewing the Bandly wooden band.

I absolutely loved that, and ended up wearing it every day, but daily fastening did mean that the end of the strap started to fray as of a few weeks ago, so it was time to switch to one or more new bands. I took the opportunity to have a cull of my bands, deciding to keep just four of them: two Apple, two third-party.

(Sadly, the one on the right – which looked and felt expensive but was in fact a ridiculously cheap Amazon purchase – is no longer available. People kept asking, and I had to pass on the bad news.)

I measured my wrist diameter at 18cm, which Apple said equated to a size 9 band. That size guide appears to have done the job perfectly.

When fitted to the watch, it seems absurd to imagine that it could stretch enough to fit over my hands, but it did, without any fuss. Once in place, it is snug but feels perfectly comfortable.

From the photos, it looks like it might be too tight, but it doesn’t feel that way at all – it’s really comfy.

If you’re looking for a really simple band which is also easy to slip on and off, the Solo Loop Apple Watch band is definitely worth a try.