PSA: If you have an Apple Watch Sport Band, here’s a better approach to Solo Loop sizing 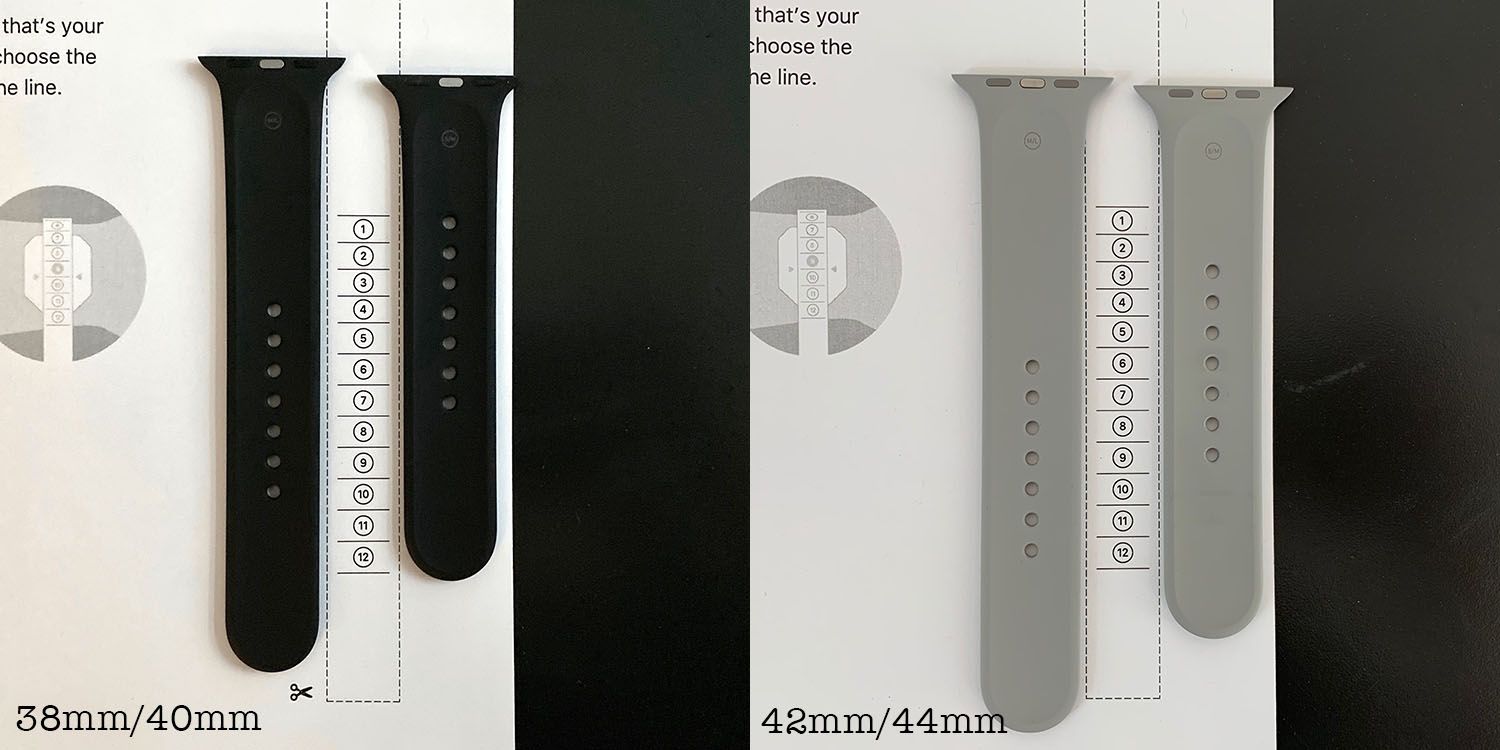 Apple’s two new fastener-free Apple Watch bands have proven popular, but Solo Loop sizing seems to be problematic for many. The new liquid silicone rubber and polyester-and-silicone bands require very precise sizing to ensure that they fit snugly but comfortably.

There’s no problem if you can visit an Apple Store, as the company offers disposable sizing guides, and you can then try one on to confirm the fit. But not everyone has a nearby store, and appointments are limited, so many have had to rely on Apple’s online sizing guide, with very mixed results …

For me personally, measuring my wrist with a tape measure was successful, Apple’s conversion table telling me I needed a size 9, and the band proving a good fit when it arrived. But there are numerous reports of customers finding that the band doesn’t fit well – with the most common complaint being that it’s too loose.

Apple revamped the sizing instructions to make it clearer that the guide should be snug around the wrist, but if you have an existing Sport Band, John Gruber has a conversion from those bands and holes to the Sport Loop sizes.

Gruber thinks Apple didn’t do this mapping itself because it would be a little complex to explain.

A few people have wondered why Apple doesn’t just map fluoroelastomer Sport Band sizes to Solo Loop sizes. I can see why Apple doesn’t do that — they can’t assume everyone already has access to an Apple Watch with a Sport Band, and even for people who do have access to one, Apple can’t assume it’s the right size watch (38/40mm vs. 42/44mm). And to further complicate matters, each Sport Band comes with two sizes for the side with the holes: “S/M” and “M/L”. So that’s four separate mappings from Sport Band holes to the new Solo Loop sizes. That’s complicated. But it’s no longer a safe assumption that everyone has access to a printer, either, so let’s figure out the mappings here.

The two photos, however, make it really clear.

To me, the photographs above make the mappings much more obvious than the table. It practically demands an illustration, lest you get lost between counting Sport Band holes and counting Solo Loop sizes.

Some are still reporting they need to go down one size, which may be due to differences in how snugly people fasten their Sport Band.

I can confirm that the conversion works for me: I was in the 4th-from-outer hole on the larger Sport Band, which is equivalent to size 9, the same as I got from measuring with a tape measure, and a perfect fit.

I can recommend the Solo Loop: I love the minimalist look of the unbroken band, and it’s really comfy.