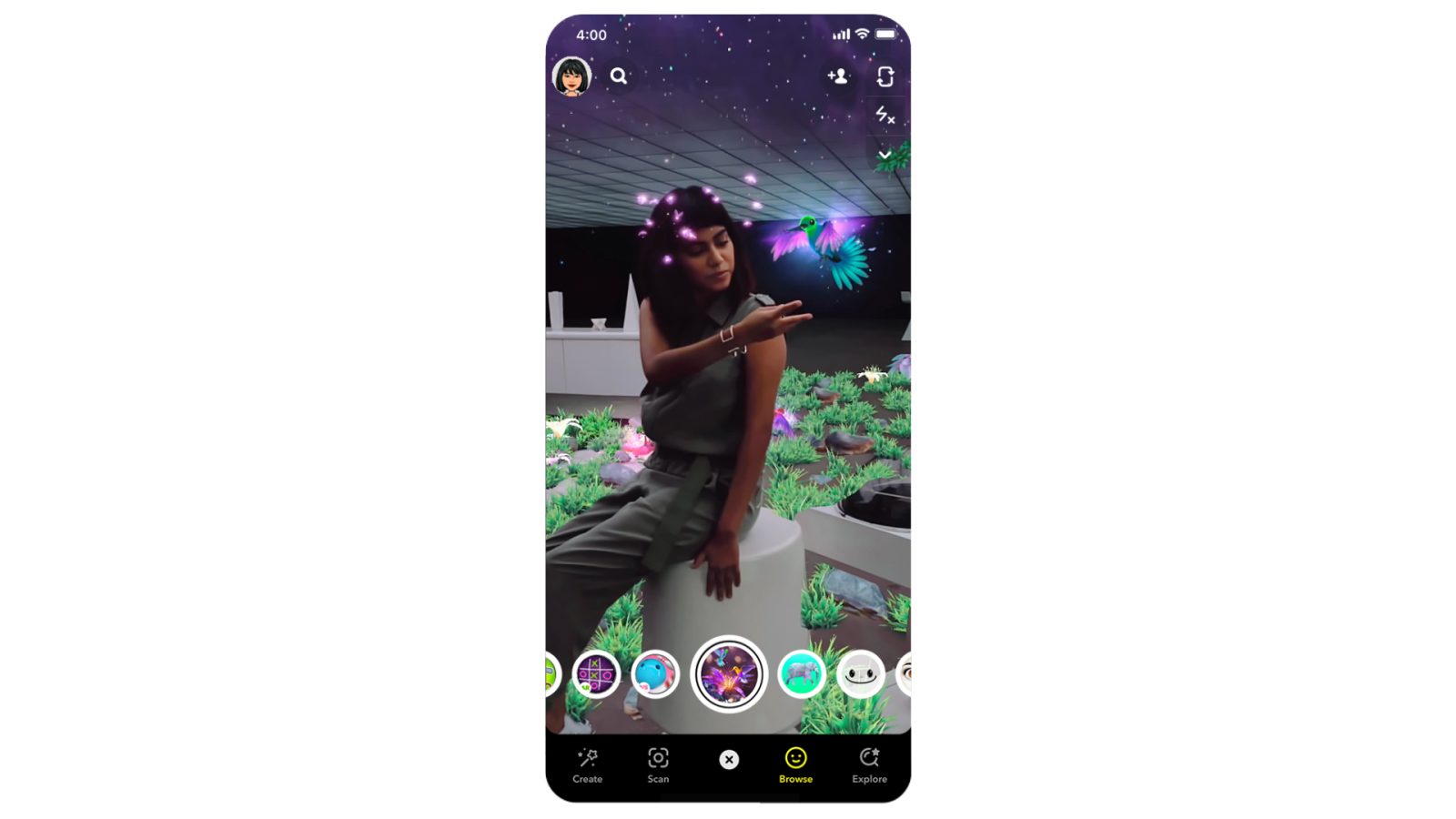 A new version of the Snapchat app was quickly shown during the October Apple keynote to demonstrate the LiDAR scanner in action, and now the company has detailed how the feature will work for its users who own an iPhone 12 Pro.

The LiDAR scanner measures the depth of a scene by emitting lights and calculating the time taken for them to hit an object and return to the sensor. Here’s how Apple describes the technology:

The LiDAR Scanner measures absolute depth by timing how long it takes invisible light beams to travel from the transmitter to objects, then back to the receiver. LiDAR works with the depth frameworks of iOS 14 to create a tremendous amount of high-resolution data spanning the camera’s entire field of view. And the beams pulse in nanoseconds, constantly measuring the scene and refining the depth map.

This enables AR apps to accurately display elements in a scene as the iPhone knows exactly where each object is located and what its real sizes are. Snapchat will use this technology to offer new unique Lenses that can render thousands of AR objects in real time using iPhone 12 Pro cameras.

“The addition of the LiDAR Scanner to iPhone 12 Pro models enables a new level of creativity for augmented reality,” said Eitan Pilipski, Snap’s SVP of Camera Platform. “We’re excited to collaborate with Apple to bring this sophisticated technology to our Lens Creator community.”

The company is today releasing Lens Studio 3.2, an update to its tool that allows designers to create new Snapchat Lenses compatible with the LiDAR scanner built into the iPhone 12 Pro and 2020 iPad Pro.

You can check out a video below demonstrating how the LiDAR Snapchat Lenses work: