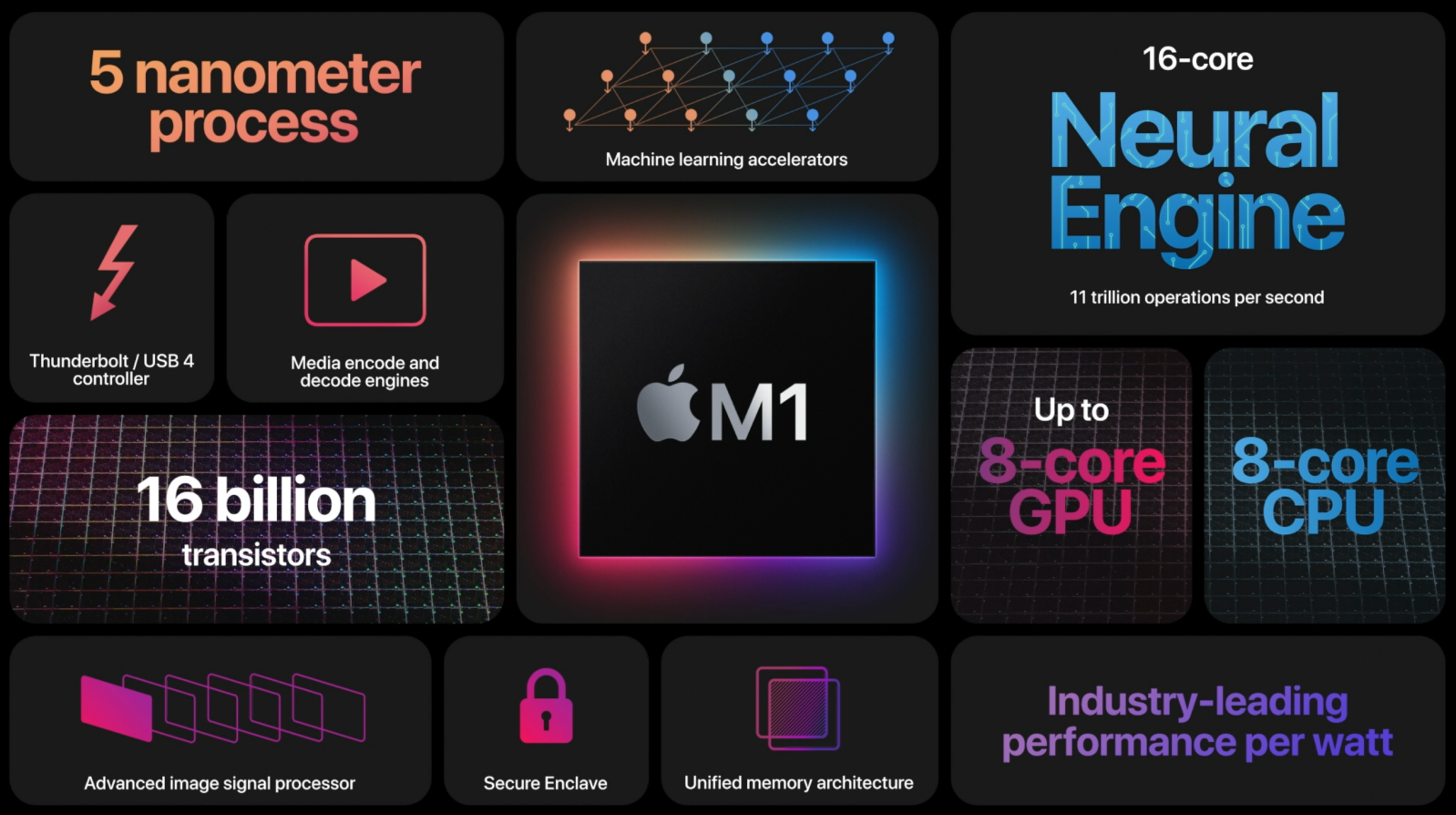 Apple today finally introduced its first Macs with Apple Silicon, as the company calls its own chips. The new MacBook Air, 13-inch MacBook Pro, and Mac mini come with the new M1 chip — and they all have USB-C with Thunderbolt 3. However, some accessories may not be compatible with these machines, and this includes eGPUs.

Unfortunately, one of the biggest advantages of having a computer with Thunderbolt 3 is gone with the new Apple Silicon Macs. Apple told TechCrunch that all the new models introduced today with the M1 chip do not support external graphics processors, or eGPUs.

With an eGPU, users can basically connect a more powerful graphics card to a Mac using just the Thunderbolt 3 connection, which is great for improving the machine’s performance when you need to edit videos or play some games. However, Macs with the M1 chip do not support this feature.

As Apple highlighted during its special event, the M1 chip is a self-developed SoC, which means it has CPU, GPU, RAM, and storage integrated into a single chip, as well as the iPhone and iPad — and these components are all developed by Apple. The company now told TechCrunch that the new Macs with Apple Silicon do not offer support for Thunderbolt eGPUs.

The reason behind this wasn’t specified, so we don’t know if it was Apple’s decision to prioritize its new hardware or if there are technical limitations. It’s worth mentioning that the Thunderbolt connection was created by Apple in partnership with Intel, and only recently, Intel made it possible for other devices without an Intel processor to support Thunderbolt 3, enabling high data transfer speeds.

Interestingly, the Blackmagic eGPU product page on Apple’s Online Store says that the product is compatible with the new M1 Macs, but this could be just a mistake.

Apple argues that its new integrated chip has an extremely powerful GPU with 7 and 8 cores, but the company didn’t reveal more detailed technical specifications yet. We’ll have to wait a bit longer to see how powerful Apple’s integrated GPUs really are.