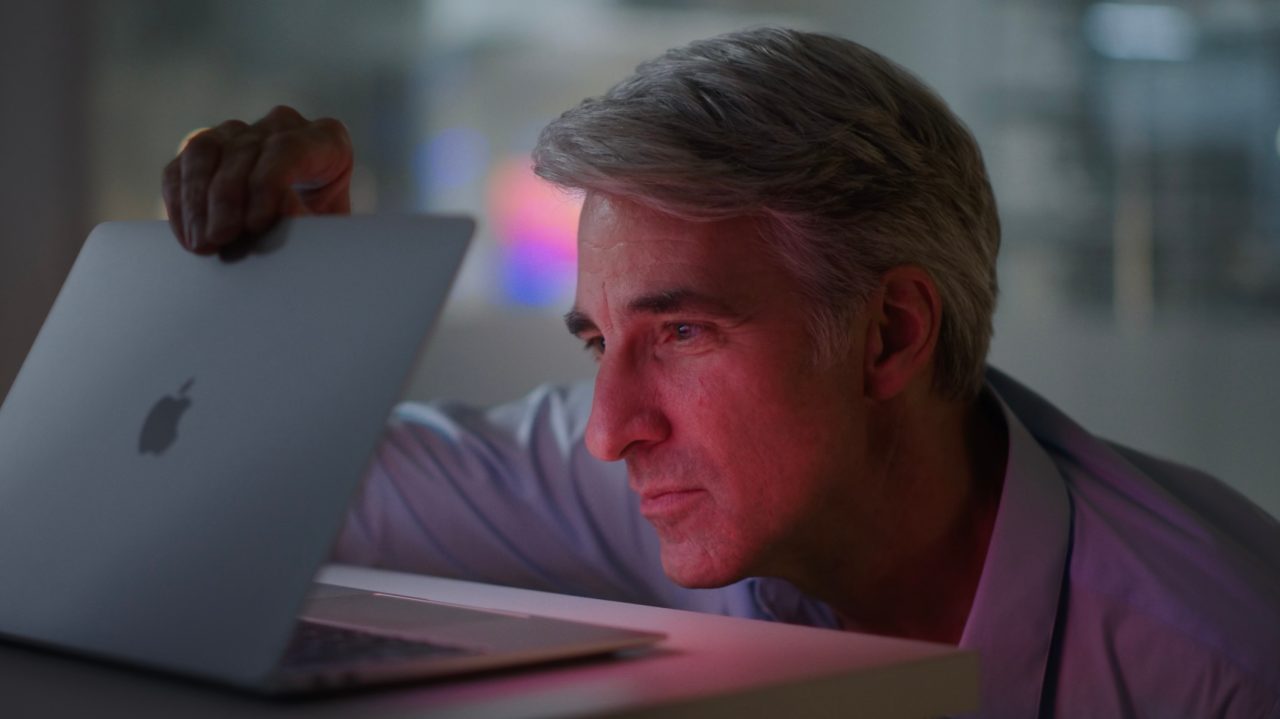 Following the announcement of the first M1-powered Macs earlier this week, a trio of Apple executives spoke with The Independent to talk about Apple Silicon. In the interview, marketing chief Greg Joswiak, software VP Craig Federighi, and hardware engineering VP John Ternus went in-depth on the new M1 chip, the future of the Mac, and more.

Regarding the new M1 processor in the MacBook Air, MacBook Pro, and Mac mini, Joswiak said that he “couldn’t believe it” when he saw its performance capabilities. Federighi added:

“We overshot,” says Federighi. “You have these projects where, sometimes you have a goal and you’re like, ‘well, we got close, that was fine’. This one, part of what has us all just bouncing off the walls here – just smiling – is that as we brought the pieces together, we’re like, ‘this is working better than we even thought it would.’

“We started getting back our battery life numbers, and we’re like, ‘You’re kidding. I thought we had people that knew how to estimate these things’.”

Ternus said that the team working on the M1 wanted to keep pushing to see just how much better they could make it:

“This was just building momentum within the teams who were so passionate and excited about this product that they just wanted to keep pushing, keep optimising: ‘How much better can we make it? How much better we can make it?’”

Joswiak weighed on the branding of the M1 chip:

“I think M1 makes a lot of sense for a Mac chip,” says Joz. “’A’ was started for the phone chips at Apple, and since then we’ve tried to use letters that make sense: the chips for our headphones use H, you start to feel the trend there. We’re brilliant marketers that way.”

When asked about the differentiation between the MacBook Air and the MacBook Pro, both of which are powered by the M1 processor, Federighi was quick to point out that the latter of the two has an active cooling system. According to The Independent, Federighi then started sketching a graph to illustrate how heat can play a role in performance.

Federighi also offered some details on Apple’s process in planning for this transition from Intel to Apple Silicon:

“We’ve done this before,” says Federighi. “We’ve watched others in the industry do it in the meantime, not so successfully. But we’ve, I believe, really perfected these sorts of transitions, we know exactly how to handle the tools to make it really easy for developers.”

“So when we stood back years ago and planned it out, we really had this this amazing set of talents within the organisation and experience to work out a plan that’s that’s intersected so well, in this moment,” says Federighi. “And that’s why it’s been so exciting for everyone because we’ve really been able to bring all the best of Apple forward into these products.”

Ternus on why Apple didn’t opt for a dramatic redesign with the first M1 Macs:

“I think these systems do make a statement of like: Look, look at what’s possible with M1 and with all our technologies,” says Ternus. “I think they’re a tremendous foundation for for this transition, just to start with M1.

“And, you know, we don’t usually want to just go and change the design just for the sake of changing a design – we have a great platform here, we have a great new [processor], we can marry them into something really spectacular. And that was that was the thinking behind it.”

Federighi was also asked about speculation that Apple could bring a touch screen to the Mac, specifically with some of the design changes in macOS Big Sur:

The Big Sur aesthetic borrows from the iPhone and iPad – buttons are bigger, with more space, which numerous commentators pointed out would make them perfect for manipulating with your fingers – but not because of some secret plan to change the way the Mac works, Federighi says.

“I gotta tell you when we released Big Sur, and these articles started coming out saying, ‘Oh my God, look, Apple is preparing for touch’. I was thinking like, ‘Whoa, why?’

“We had designed and evolved the look for macOS in a way that felt most comfortable and natural to us, not remotely considering something about touch.

“We’re living with iPads, we’re living with phones, our own sense of the aesthetic – the sort of openness and airiness of the interface – the fact that these devices have large retina displays now. All of these things led us to the design for the Mac, that felt to us most comfortable, actually in no way related to touch.

Of course, reading between the lines, Federighi doesn’t outright say that a Mac with a touchscreen isn’t happening, but rather emphasizes that Big Sur wasn’t designed necessarily with touch in mind. Nonetheless, Federighi is clearly trying to downplay those rumors, even if it could be something coming soon.

The full interview is well worth a read and can be found at The Independent.