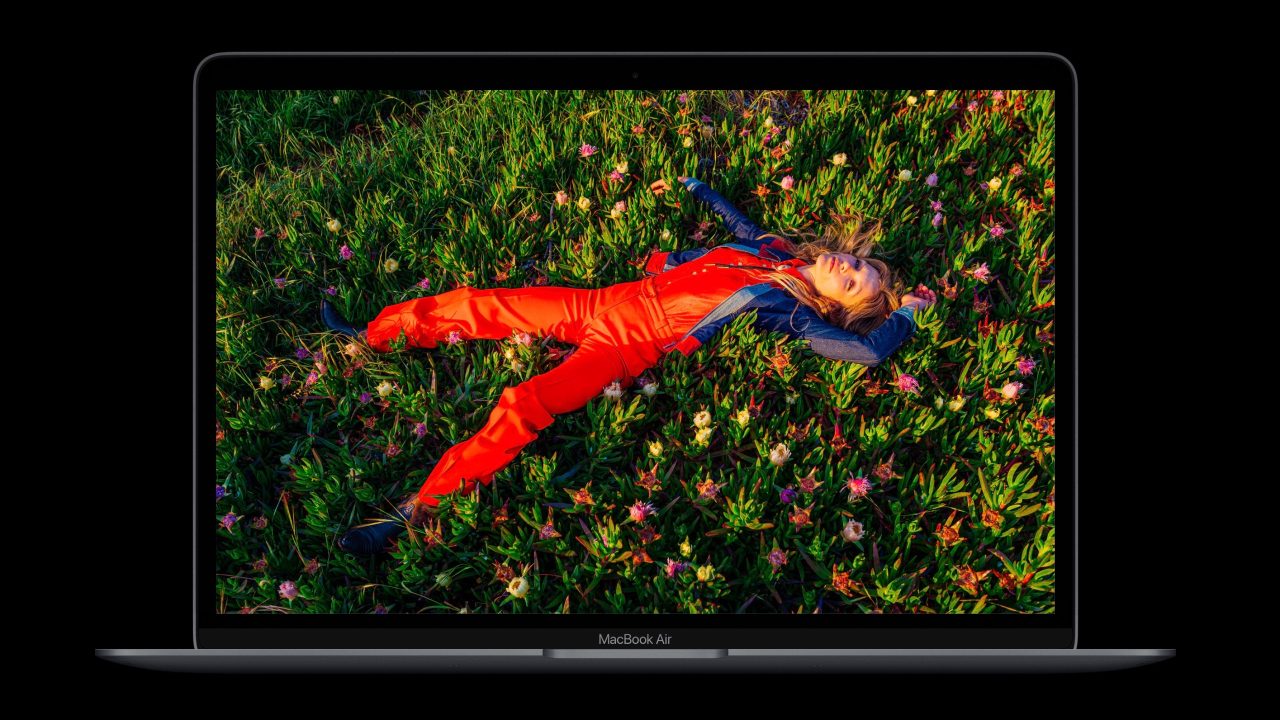 As the first orders arrive to customers, early reviews of the M1 Mac mini, MacBook Pro, and MacBook Air have officially been published. As expected, the reviews praise the M1 chip’s performance and battery life, and they note that Apple Silicon will only get better from here.

The Wall Street Journal leads things off with a detailed look at the M1 MacBook Air and MacBook Pro performance using Chrome:

Fifty browsing tabs? Not at a peep or a degree above 80 Fahrenheit on either M1-powered system. The Intel-powered Air? Thirty-five tabs got its fans revving, and it hit 93 degrees.

How about 65 tabs? The M1-powered Air was still cool and quiet, though it began showing signs of sluggish scrolling and tab switching. The Intel-powered 13-inch MacBook Pro powered up its fan at around 75 tabs. At a whopping 100 tabs—which no sane human could ever navigate—the M1-powered Pro was quiet as a mouse and scrolling pages smoothly. Even when I threw in a Zoom call, it kept silent. I finally got the new MacBook Pro’s fan to kick on, with a temperature of 98 degrees, when playing “Rise of Tomb Raider” while simultaneously exporting a 4K video in Adobe Premiere and running some Chrome tabs in the background.

The WSJ also got a quote from Intel on how its chips compare to the new M1 processors:

An Intel spokesman said the company believes the PCs powered by its processors, including its latest-generation mobile chips, “provide global customers the best experience in areas they value most, as well as the most open platform for developers.” He also said Intel is focused on delivering “a wide range of technology choices that redefine computing.”

Engadget on the MacBook Air’s performance, with a particular emphasis on Safari:

My first thought while using the M1-powered MacBook Air, surprisingly enough, was that it felt like an iPad Pro. It’s shockingly responsive, as if it’s awaiting your next command like an over-eager puppy. Running apps natively built for the M1, like Safari and GarageBand, felt just as fast as launching an iPad app. Safari, in particular, delivers the best web browsing experience I’ve ever had on a computer. Sites load up almost instantly, and scrolling through complex pages feels effortless. It’s like seeing the web for the first time — one unencumbered by the cruft of increasingly sluggish desktop browsers.

The Verge writes that battery life of the new MacBook Air is impressive, even if it doesn’t quite live up to Apple’s expectations. They also note, however, that as more apps are optimized for the M1, battery life will also improve:

I’m getting between eight and 10 hours of real, sustained work depending on how hard I am pushing it. That’s not quite 50 percent better than the last MacBook Air, but it’s very close.

To be very clear, I’m getting those numbers using the apps I actually use, which, of course, includes Chrome and various apps that are also based on the Chrome engine, like Slack. What’s remarkable about that is, for some applications, Rosetta 2 needs to do a bunch of real-time code translation, which further eats into battery life.

If and when these apps are rewritten to be “universal” apps that work natively on the M1, I expect to see even better battery life.

According to The Verge’s testing, the new M1 MacBook Pro does indeed last “a couple more hours on a charge” than the Air. This could be a deciding factor for many users contemplating the choice between the MacBook Air and MacBook Pro:

If you’re trying to choose between the new 13-inch MacBook Pro and this MacBook Air, I think that battery life is going to be the deciding factor for most people. In Nilay’s testing, the Pro is consistently getting a couple more hours on a charge. The Pro also has a Touch Bar and a slightly brighter screen, but the other major difference is that it has a fan. That allows it to run heavy workloads for extended periods of time. Same deal with the new Mac mini.

TechCrunch has some details on just how well iOS apps actually perform on M1 Macs, with a useful ranking of the various different types of apps:

Apple gets to say that the Mac now supports millions of iOS apps, but the fact is that the experience of using those apps on the M1 is sub-par. It will get better, I have no doubt. But the app experience on the M1 is pretty firmly in this order right now: Native M1 app>Rosetta 2 app>Catalyst app> iOS app. Provided that the Catalyst ports can be bothered to build in Mac-centric behaviors and interactions, of course. But it’s clear that iOS, though present, is clearly not where it needs to be on M1.

Jason Snell at Six Colors says it’s ultimately a “net plus” that iOS apps can run on the new Macs:

App developers can opt their iOS apps out of being visible on the Mac, and many have done just that. Want to watch videos in the Netflix app rather than a browser tab? Too bad—Netflix isn’t available, nor are most other video streaming services. Many productivity apps are missing, too. In fact, over the days that I was working on this review, I found more iOS apps disappearing from the store.

In the end, it’s a net plus that some iOS apps will run on these new Macs. But I suspect it will take a while—a few months, or maybe even longer—for this whole story to play out. My guess is that many developers will want to do a little work to make their apps run a little bit better on the Mac. And Apple offers a pathway for that approach, via Catalyst. Maybe it’s a little counterintuitive, but I wonder if the ability to run iOS apps unmodified on macOS might be what motivates developers to do the extra work with Catalyst to make them more Mac-like.

The new M1 chips are remarkably energy efficient, even when performing more resource-intensive tasks. In a video playback test, I got 16 hours of life. That’s less than the maximum 18 hours stated by Apple’s numbers, but it’s an impressive figure, nonetheless. I would certainly feel comfortable leaving the house without a charge.

Per Matthew’s numbers, the Pro fares even better. He was able to get right around the stated 20 hours. That higher figure likely comes due a higher capacity battery courtesy of the thicker laptop footprint. In both cases, however, the systems blew away last year’s 13 and 16-inch Pros, which got eight hours and eight minutes and six hours and 40 minutes, respectively. That’s a tremendous bump in an important metric.

Microsoft Outlook, a much less intense application, took about 8.5 seconds to fully open. Mileage varies a bit after the first few opens with applications, but as the Mac learned our use cases, we saw app load times improve. Essentially, it will have the conversion processor queued up and be ready to handle new processes in real time.

One disappointment was that Mac gaming remains, much as it ever was, an afterthought. After some big claims about cult favorite new RPG Baldur’s Gate 3 running on M1 Macs, I could not get the Mac version to run via Steam — I got an error message on each of the M1 Macs I tested. Larian, developer of BG3, tells me that it’s working on a Rosetta-ready patch for the Steam version of the game right now.

Emulating software, especially games, is always a roll of the dice, but at least that’s the only app I tried that wouldn’t even launch in Rosetta mode. That said, the Steam interface itself ran sluggishly. I hope there’s a native version of that in the not-too-distant future as well.

Testing several other MacOS-compatible games from my Steam and GOG.com libraries, I got two out of six to work, so at the moment, I’d consider this even less of a gaming-friendly machine than its predecessor, but hopefully that’s an issue that can be patched or updated away soon.

But I wouldn’t call that a dealbreaker (unless you’re specifically buying a new Mac to play Baldur’s Gate 3 right now…). The truth is, the x86 app compatibility on the M1 is night and day different from my experience on Arm-based Windows PCs, including similarly high-end ones like the Surface Pro X.

On the new Mac mini, The Verge says it’s an “over-performer.”

Outside of benchmark world, the Mac mini feels wonderfully fast day to day. That said, I’ve noticed the occasional odd hitch: sometimes Spotify takes a noticeable amount of bounces in the dock (up to 10) before it opens after a cold reboot of the system. That’s been pretty rare, and once Intel-optimized apps are open, performance feels indistinguishable from how they run on my fully loaded 16-inch MacBook Pro. I’ve also not run into any glaring app compatibility issues, though if there’s some piece of software that’s job-critical for you, it’s probably worth waiting on reports of how it runs on the M1.

For the MacBook Air and MacBook Pro, the consensus among early reviewers is that the new M1 chip truly lives up to Apple’s expectations. The machines are powerful and efficient, offering notable improvements in battery life and performance compared to their Intel predecessors. Furthermore, things will only get better as more Intel applications are optimized for the M1 Mac.

The design story is largely the same: the MacBook Pro includes the controversial Touch Bar, which might be reason enough for some users to choose the MacBook Air instead. As we’ve said before, Apple’s goal with these first M1 Macs was to showcase the capabilities of its Apple Silicon work in familiar designs. It’ll be interesting to see how this strategy evolves with the rest of the Mac lineup.