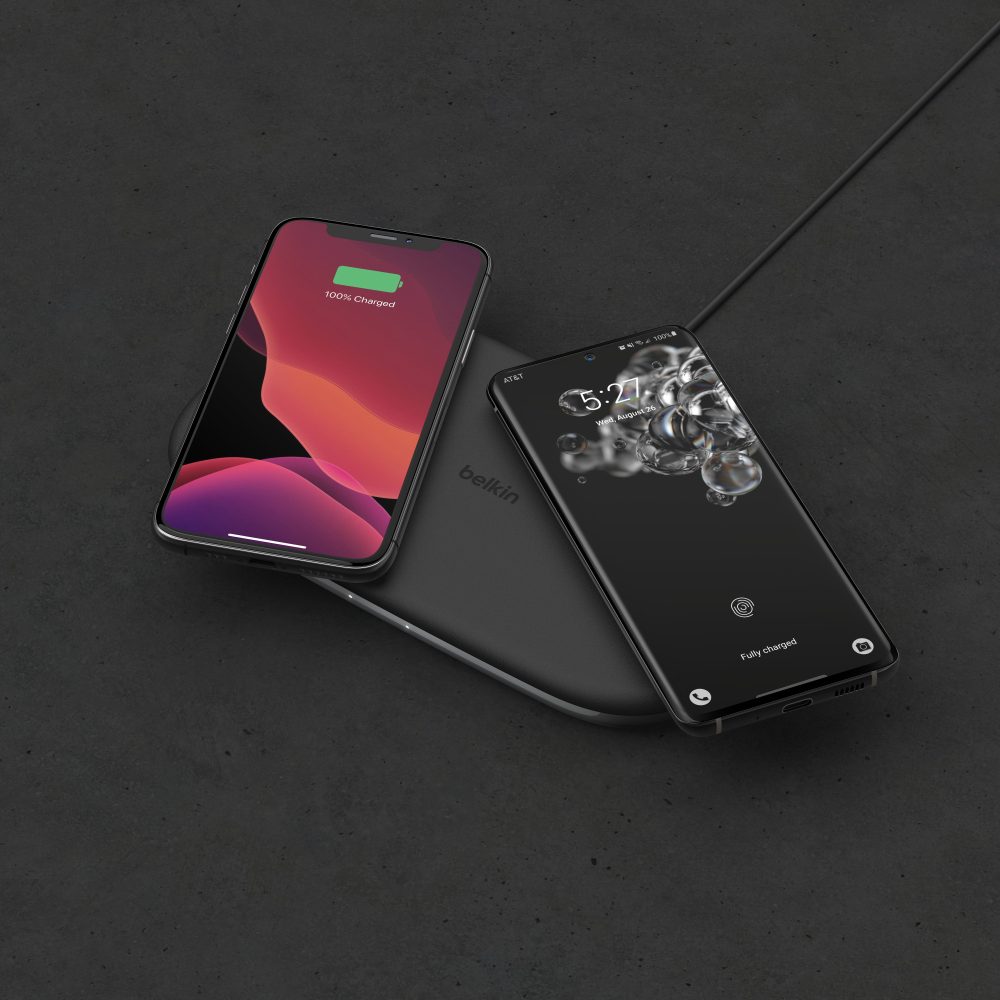 The Boost Up Charge TrueFreedom Pro Wireless Charger is an iteration of the Boost Up Wireless Charging Pad originally made for the iPhone 8 and iPhone X. The charging pad houses 16 different charging coils that “intelligently work together,” allowing users to place up to two Qi devices anywhere on the pad and receive a 10W charge. Two LEDs are also built into the pad to indicate charging status.

Next up is Belkin’s new Boost Up Charge UV Sanitizer with Wireless Charger. This is essentially, as the name implies, a UV sanitizer with a wireless charger built-in. It consists of an enclosure in which users can place either their smartphone or other personal items such as keys or credit cards to be sanitized by UV light. However, if users would like to charge their smartphone, they will need to place it on top of the enclosure, which acts as the wireless charger.

Belkin claims that the UV sanitizer kills up to 99.99 percent of bacteria on nonporous items placed within the enclosure. This is done with UV-C technology.