Opinion: Is the base MacBook Air M1/8GB powerful enough for you? 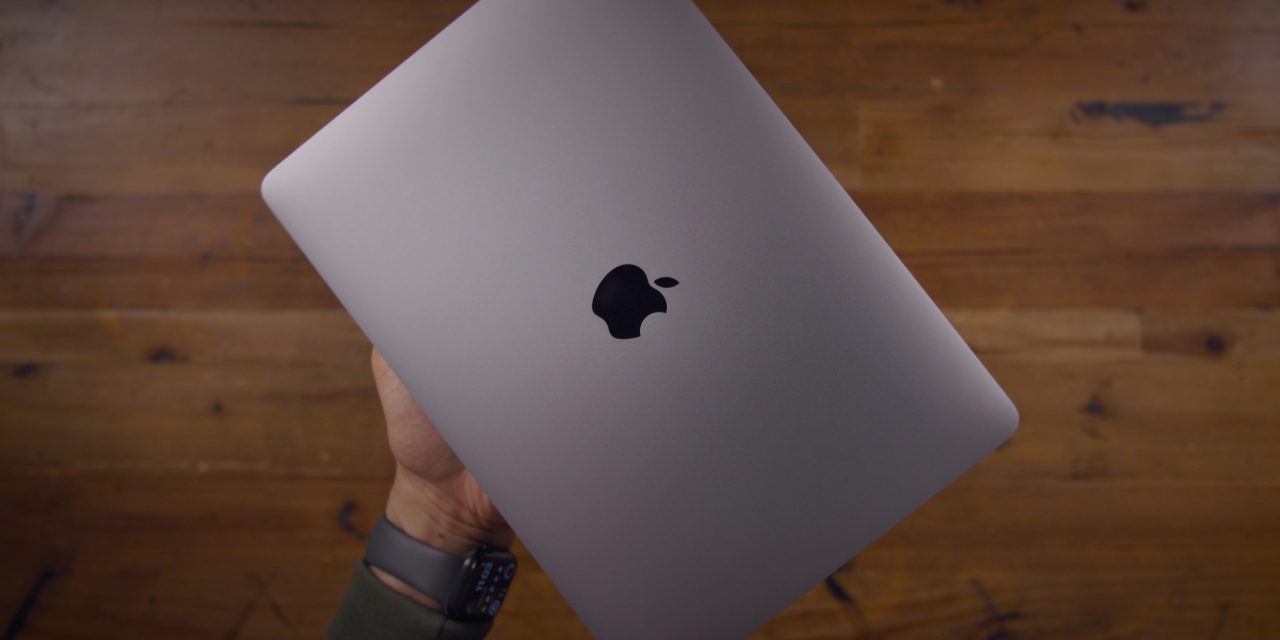 Last year I picked up a very expensive computer — a top of the line 2019 16-inch MacBook Pro upgraded to an i9, 1TB of storage, and 16GB of RAM. But I just couldn’t wait to see how these M1 chips actually perform, so I decided to pick up the base $999 MacBook Air to see how it would hold up side-by-side with my 16-inch behemoth. The results are incredible.

When these computers launched — and early reviews confirmed their performance blew everything else out of the water — I faced a bit of a predicament. Like many others, I’m coming from a 16-inch MacBook Pro, so there’s no obvious upgrade path. For now, Apple Silicon is only available in 13-inch models.

But I couldn’t help myself — I had to check these out at least, and if I’m not buying an outright replacement for my daily machine (yet), it just made the most sense to go with the cheapest notebook model. If nothing else, I’d get an idea of what Apple’s entry-level laptops are like and I could write this article.

I almost didn’t do it; if you’re anything like me you probably can’t help but cringe at the idea of spending over a thousand dollars on a computer with just 8GB of RAM. But I’m here to report that not only does this machine more stuff at once better than my 16-inch i9 MacBook Pro for normal everyday use, it’s significantly better. Everything makes it obvious that Apple spent serious time optimizing every corner of Big Sur for Apple Silicon — and perhaps equally so put its Intel machines on the back burner.

While everyone else out there has done a great job of trying to quantify the performance boost with benchmarks — which do indeed confirm that the M1 outperforms the top-end MacBook Pro Intel chips — I wanted to try and provide a more subjective experience to answer one burning question that many people have: Under what circumstances is the base-level $999 MacBook Air with the M1 and 8GB RAM powerful enough?

I was skeptical going in, because it’s been readily apparent for years that 8GB of RAM on an Intel MacBook is not enough for me. My typical workload tends to involve juggling maybe half a dozen different apps open at the same time (Slack, Messages, 1Password, Notes, Safari/Chrome, and some others here or there), a dozen or more browser tabs, and some light podcast editing or the like. That load demands at least 16GB of RAM on an Intel MacBook in my experience. Not so on Apple Silicon.

So far, I’ve been able to push the laptop to the absolute limits of my normal workload and not see a single sign of sluggishness. I’m being actively “reckless” with managing my apps and leaving several things open that don’t need to be open. I’m able to keep as many Safari tabs open as I like. Seriously, unless you are actively working with files that are over 8GB in size (for video editing or the like), I just can’t imagine that most people can push this laptop hard enough to even slow it down.

In one experiment I did yesterday, I tried to push it to the absolute limits to see at what point it would slow down. So I opened up 12 apps at once. No sign of slowing down. Added 2 x86 apps emulated with Rosetta 2. No sign of slowing. Added an app running full screen to see if it would drop frames switching between screens. Nope. Added a Safari window with 24 tabs. Nothing. So I added six Safari windows, each playing videos at 2160p, Spotify in the background, and tried to take a screenshot. Only then did the computer finally grind a halt. I was greeted with the familiar rainbow spinning wheel of death.

Incredibly, even pushing the machine to this extreme, I was still able to recover normal lag-free usage. All I had to do was (very slowly because the machine was barely operational), close each YouTube 4K video playing one at a time. With each one closed the base MacBook Air came slightly back to life, and with the last, it was back to performing as normal, even with the rest of the things still open.

Someone else asked how the computer would do with an external display attached. Again, I tried to push it to the limit and see what it could handle, but didn’t even bother going beyond having 13 apps open and running in the dock with 7 full screen YouTube videos playing at full resolution. As you can see, I was able still to flick between the full screen videos on my external monitor without the computer dropping hardly any frames.

As for the GPU, I didn’t really get into gaming — I don’t play games on my MacBook, and I doubt you do either — but I can say that this machine has 7 cores instead of 8 probably just… doesn’t matter? If playing 7 full screen YouTube videos at the same time and the machine not dropping frames is any indication, it’s going to be just fine for most people.

Of course, none of this is scientific. It’s still to be seen how things will hold up as I use the computer more and there are more background processes that creep their way in and I further diversify the apps I’m using. But it’s also notable that plenty of apps — like Slack, for example — are currently emulated Electron windows that will probably get better, not worse. Another critical point: Chrome is the most popular web browser, and I haven’t tested out how far the base MacBook Air can go there, yet. (When I was doing this testing, the ARM version wasn’t out yet — watch for more thoughts on that on 9to5Google when it’s available).

Why is the computer able to handle all this with such a low-energy-consumption processor and only 8GB of RAM? I’m still not crystal clear on the technical details, but it seems like some combination of low-level operations being massively improved in terms of efficiency, a new paradigm of “unified memory” and seemingly super-fast memory swap that makes it not even noticeable (actual memory used in Activity Monitor, even under the highest of loads described above, never even hit the full 8GB), and some other things. All of these things are made possible by the hardware and software being made to work together, pulling some of the same types of benefits that allow iPhones to outperform similar-pedigree Android phones with only a fraction of the RAM.

To put the cherry on top of this subjective analysis, I can also note that two other subjective things — heat and noise — when doing all of this stress testing is completely different from the experience of using an i9 16-inch MacBook Pro. Whereas that machine would be spinning a fan at full speed, loud enough to be heard across the room, this one didn’t even get noticeably warm. And obviously, the base MacBook Air with Apple’s M1 chip doesn’t even have a physical fan.

The cherry on top of the cherry is that, as all the reviews have noted, the battery life on this machine is stupid good. I’m sitting here typing this, more than halfway through my workday, with more than 60% battery remaining. As I mentioned, I’m not exactly going easy on it.

So is the base MacBook Air powerful enough?

I think the clear answer is that, for the vast majority of people, even for those who lean on the “professional” side of laptop multitasking with several apps and a dozen browser tabs and multiple types of media playing at the same time, the base models of these computers with 8GB of RAM are going to be enough. Not only are they enough — it’s seriously difficult to get them to slow down. Maybe if you’re heavy into Adobe suite multitasking you’ll find yourself in an in between that might have you leaning toward future-proofing your device, but even then the coming ARM versions of those apps should fly on these machines.

I have not tested doing intensive video editing in Final Cut Pro nor have I tried out making music in GarageBand or using this thing to run a live DJ setup — that’s not the point. The point is that for most people, a MacBook Air is about web browsing and light work and such. The base model MacBook Air is powerful enough that — as surprising as this may sound — the extra $200 to upgrade to 16GB of RAM is probably not worth it for most.