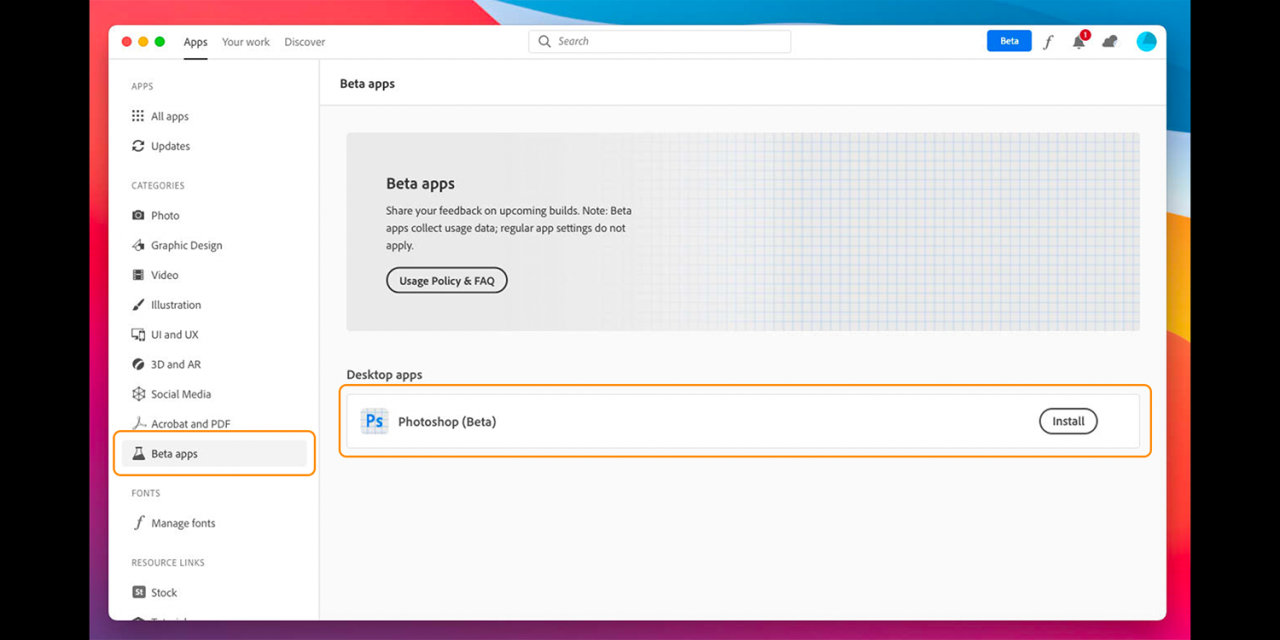 Adobe has announced the availability of Photoshop native M1 Mac support in a day-one beta. It lacks a lot of the features in the release version, but the company says there are more on the way.

We are excited to announce the first Beta release of Photoshop running natively on Apple Silicon hardware!

This early version of Photoshop for Apple Silicon offers many of the core Photoshop features that you’ve come to rely on for your day to day editing needs, and we’ll be adding more features in the weeks to come …

Adobe made the announcement this morning, with a number of cautionary notes.

Note that Beta software is not officially supported yet by Adobe, but we want to hear from you, and this is the place to let us know how it’s going.

Before posting questions, read the notes to familiarize yourself with the known limitations in the build. As we release new builds, we’ll update the notes.

his Adobe Photoshop for ARM BETA will only install and work on ARM hardware that meets the minimum system requirements. If you have qualifying ARM hardware and you do not see the installer, check manually for an update (Help > Check for Updates). If it still does not appear, try logging out/back into the Creative Cloud Desktop application.

Many features are still not available in this version of Photoshop, and some features may experience slow performance. Please refer to the known issues before submitting feedback.

All the same, many new M1 Mac owners will be keen to at least take the beta for a spin, and it’ll be interesting to hear how performance compares.

It’s not yet known how long it will be before we see Photoshop native M1 Mac support on the release version.