[Update: Resolved] Many iPad users unable to use Apple Fitness+ due to apparent App Store bug 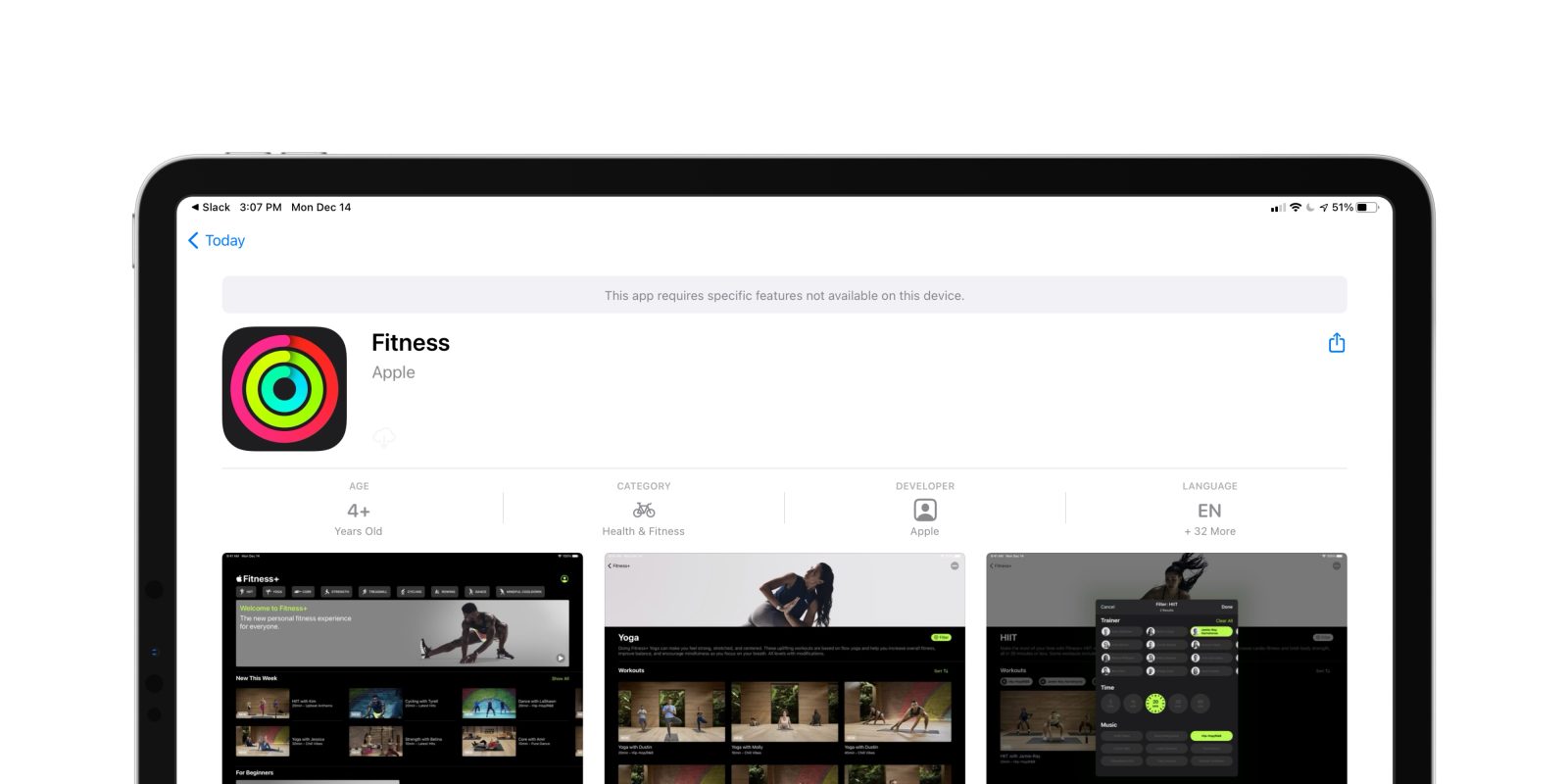 Apple Fitness+ is now available to iPhone, iPad, Apple TV, and Apple Watch users, but the rollout hasn’t gone smoothly for some users. Specifically, it appears that many iPad users are currently unable to install the Apple Fitness app on their device.

Update: Apple has resolved this issue for most years.

To use the service on the iPad, you need to update to iPadOS 14.3, which was released today. What’s important to keep in mind is that iPadOS 14.3 does not come with the Apple Fitness app preinstalled, you’ll need to download it separately from the App Store.

Direct link to Apple Fitness on the App Store

But many iPad users are actually unable to install the Apple Fitness app on their iPad. For instance, when I attempt to download Apple Fitness+ from the App Store on my iPad Pro, I get an error message that reads: “This app requires specific features not available on this device.”

This is despite the fact that, even if you scroll further down on the page, the App Store says that Apple Fitness “works on this iPad” and is compatible with iPad, iPhone, and Apple Watch.

Many users on Twitter are seeing similar error messages on their iPad, and there does not appear to be a fix available. It could be that Apple’s servers still need to propagate in order for the app to be installed on the iPad, or some other fix might be required.

Are you having any issues with Apple Fitness+ on your iPad or other devices? Let us know down in the comments below!