PSA: How to switch off AirPods Max without Apple ‘bra’ case 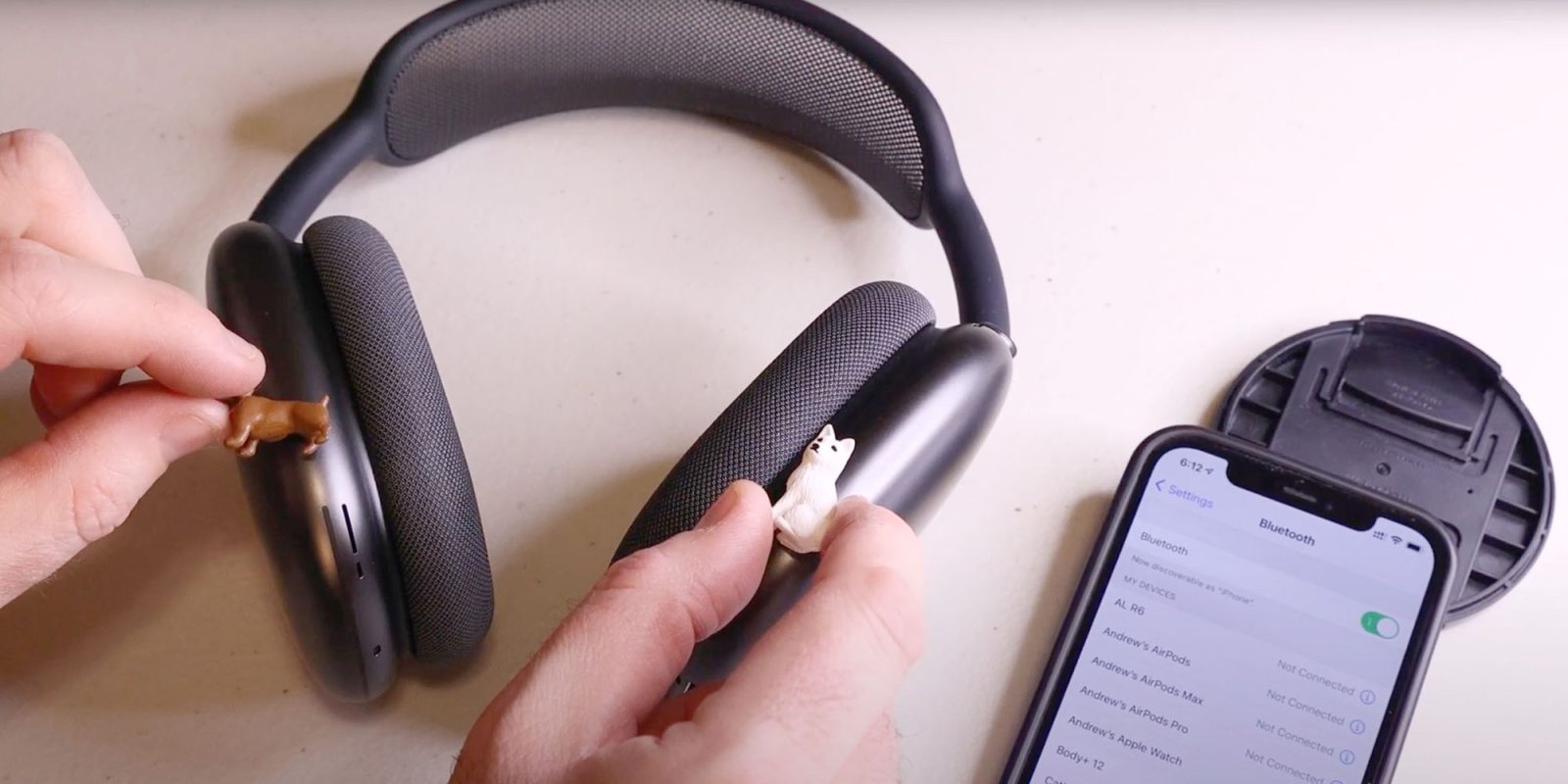 While reviewers have generally been impressed by Apple’s AirPods Max over-ear headphones, there have been two consistent complaints: the terrible design of the ‘bra’ case, and the fact that there appears to be no way to switch off AirPods Max headphones unless you put them into the case that nobody wants to carry.

One YouTuber did some experimentation, to reveal good and bad news …

The good news is that there is a way to switch off AirPods Max without Apple’s case – and one we can quickly expect to see adopted by third-party case makers.

The bad news is that there isn’t any practical way to do it without using some kind of case. In particular, you can’t switch them off while they are slung around your neck, which is how many people carry on-ear and over-ear headphones between uses.

It was pretty clear that the power had to be controlled by magnets in the case, so YouTube channel Emergent Technology set about figuring out where the magnetic sensors were in the headphones, and how easy it would be to power them down using your own magnets.

Tracking down magnets can be done without dismantling the headphones: all you need is some magnetic viewing film costing a few dollars. Wikipedia explains how this works.

Magnetic field viewing film is used to show stationary or (less often) slowly changing magnetic fields; it shows their location and direction. It is a translucent thin flexible sheet, coated with micro-capsules containing nickel flakes suspended in oil.[1] When magnetic lines of force are parallel to the surface of the carrier sheet, the surfaces of the flakes are reflective, and appear bright. When lines of force are perpendicular to the sheet, the flakes are edge-on, and appear significantly darker. When the film is placed on a magnet’s pole, the latter case applies.

However, the magnetic sensors weren’t powerful enough to show up this way, so the YouTuber had to instead resort to trial-and-error using some weak fridge magnets, watching for the headphones to disconnect from his iPhone.

This method revealed that the sensors are in the rear sides of the casing. Applying magnets to both points results in the headphones powering down, while removing them sees them power up. You can see this in the video below.

Clearly carrying a couple of magnets around and then hoping they remain in place while you carry the headphones around isn’t very practical, but knowing the locations of the sensors does make it practical for third-party companies to make more attractive and protective cases for AirPods Max. It also means you could make your own if you’re handy with a sewing machine.

One of my favorite leather bag companies, Waterfields, has already announced it is working on a case. To find out exactly what AirPods Max owners would like from a case, the San Francisco-based company has a three-question survey which you can complete here.