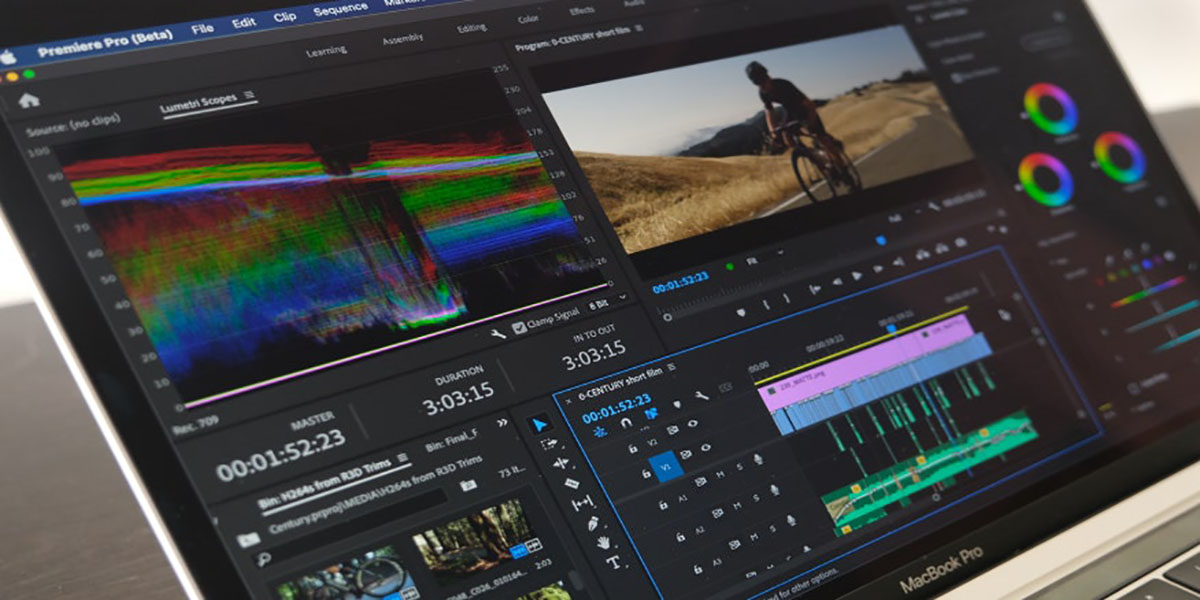 As with Photoshop (but in contrast with Lightroom), Adobe is taking a phased approach, with initial betas supporting only a limited number of features …

The company made the announcement in a blog post.

The M1-native Premiere Pro Beta includes the core editing functions and support for the most widely used codecs: H.264, HEVC, and ProRes. Since Premiere Pro is built on a large codebase with support for a wide range of media and functions, we are taking a phased approach as we build out native Apple M1 support. This allows us to validate performance for specific parts of the application before we add new components.

Users should note that the Premiere Pro Beta for Apple M1 incorporates the latest builds of our new captions workflow, which requires a project file format upgrade. We recommend creating a copy of current projects for Beta testing to avoid compatibility issues for any ongoing production work.

A couple of comparison tables show the kind of performance you can expect. YouTube export times for the M1 version of the 13-inch MacBook Pro were more than twice as fast as the latest Intel version, and similar to that of the 16-inch MacBook Pro.

Sensei features like scene edit detection are dramatically faster, thanks to the machine-learning built into the M1 chip. This was more than four times faster than the 16-inch MacBook Pro. Adobe notes that the existing version of the app still gets some of this speed improvement when running under Rosetta 2.

The company says you can expect release versions of the apps with native M1 support in the first half of the year. In the meantime, running them under Rosetta 2 supports almost all functionality (there’s an issue with Roto Brush 2), but the company cautions that it hasn’t tested third-party integrations.

Check out the blog post for more details, and if you want to know which other apps are compatible with M1 Macs, there’s a handy database that will tell you.