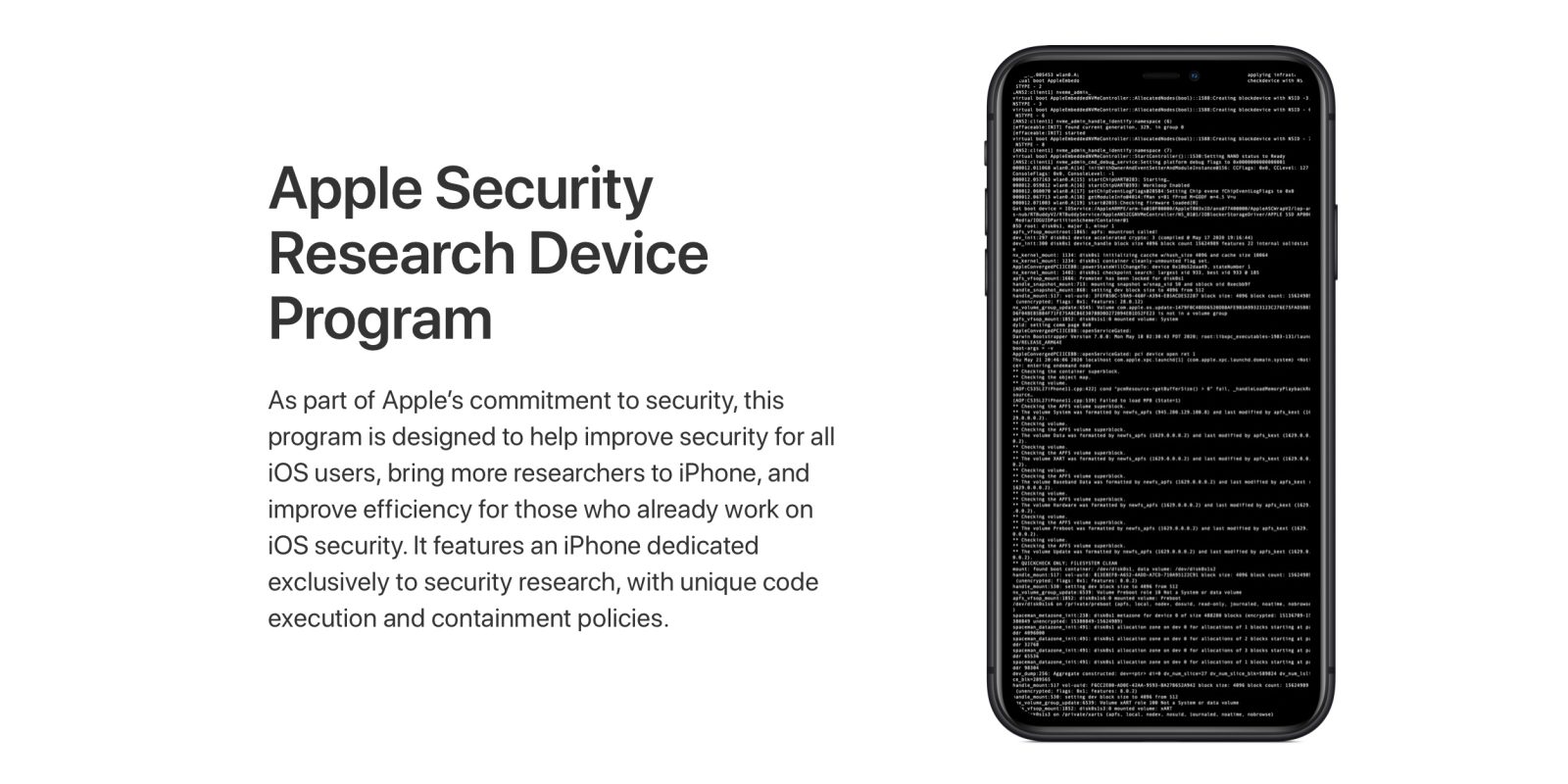 Earlier this year Apple launched a new program called the Security Research Device Program to help researchers find vulnerabilities in iOS and also in its devices. Researchers can apply to get the special hardware since June, and now the company is finally shipping these “rooted” iPhones to those who have been accepted.

Citing its own sources, MacRumors says that the first researchers who applied the program were notified today regarding the modified iPhone. According to Apple, these devices have already been shipped and should be delivered to the researchers in the next few days.

The modified iPhone comes with root access enabled by default, which is similar to what the jailbreak process does. This allows researchers to analyze the operating system core more easily without relying on unauthorized third-party modifications.

The Security Research Device (SRD) is intended for use in a controlled setting for security research only. Shell access is available, and you’ll be able to run any tools and choose your entitlements. Otherwise, the SRD behaves as closely to a standard iPhone as possible in order to be a representative research target.

Apple says modified iPhones are granted on loan and must be returned to the company after 12 months if the developer chooses not to renew its participation in the program. Any vulnerabilities found must be reported to Apple, which will offer rewards through Apple Security Bounties.

Researchers can check the Apple Developer website for more information about the requirements to apply to the program.