Today at Apple returns to Apple Stores in Australia, Japan, and Singapore in January 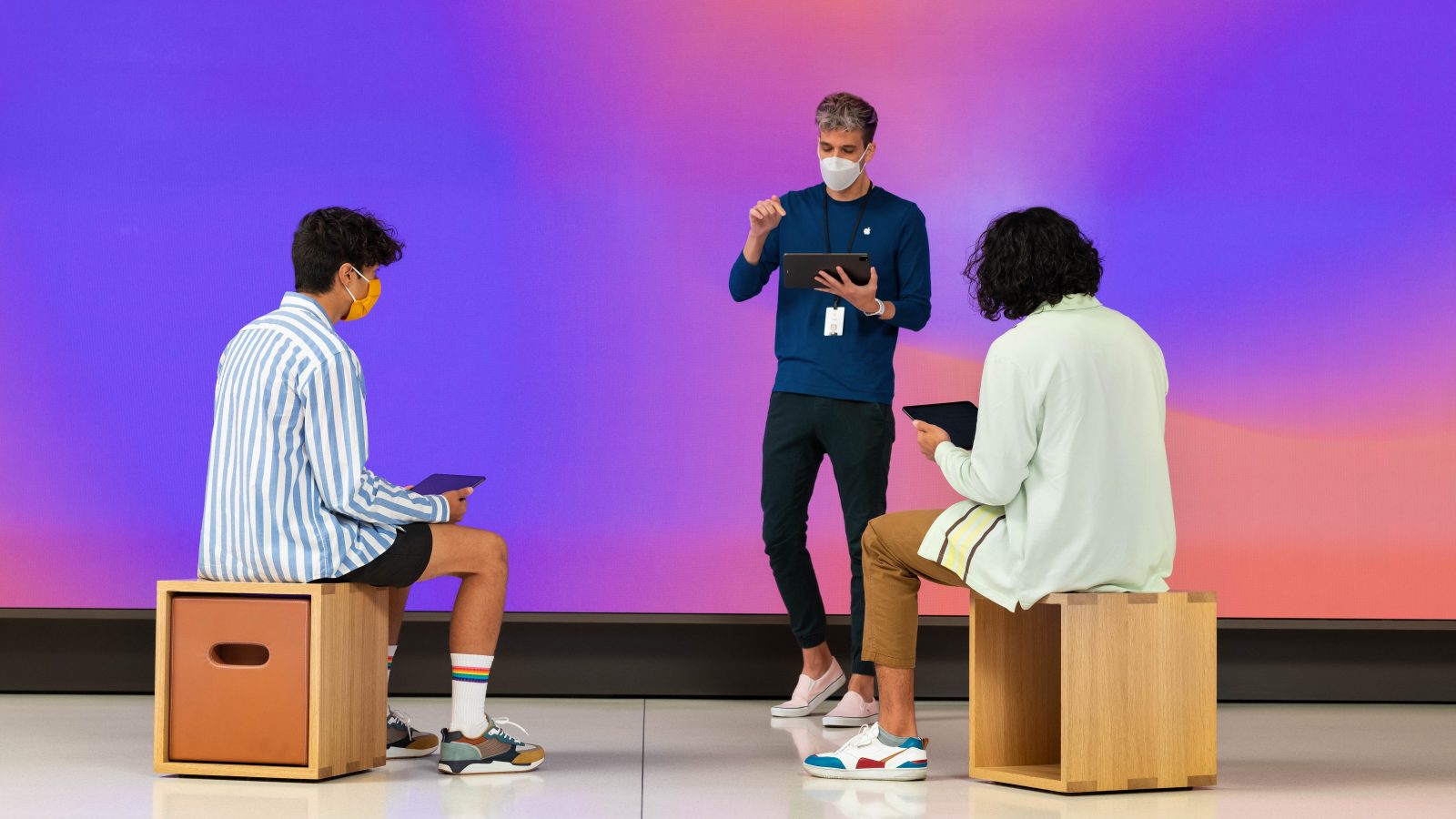 Apple is kicking off 2021 on a positive note by resuming Today at Apple sessions at Apple Stores across Australia, Japan, and Singapore. Select locations will begin in-store programming again starting January 11.

Today at Apple sessions were canceled worldwide in March 2020 due to COVID-19. In-person gatherings have remained on hold throughout most of the year as all stores operate with additional cleaning and reduced occupancy. Apple has built virtual experiences and Webex events hosted by Apple Store Creative Pros to keep customers inspired at home during the pandemic.

Starting the week of January 11, 2021, 9 Apple Stores in Australia, 6 in Japan, and all 3 in Singapore will begin a reduced calendar of in-store sessions. Apple is initially offering Skills sessions, which are 30-minute events focused on fundamental creative techniques. Customers are required to wear masks and practice physical distancing. Apple cleans all demo devices between sessions.

In-person Today at Apple sessions have only resumed in regions where COVID-19 is under tight control. Sessions returned to mainland China in August and Thailand in September. Taiwan has avoided shutdowns throughout the pandemic. Apple will host its first exclusive event with a local artist since March in Taipei on January 7. An in-person collaboration with the Macao Museum of Art is planned for January 23–24.

Apple Stores in the US won’t be returning to normal operations any time soon, but you can enjoy virtual events like the Make Your Holiday program and activity book, which is hosted on Webex and runs through December 31. Apple is also providing creative opportunities for New York City youth this coming spring. Virtual Today at Apple events will continue to be offered in the future.