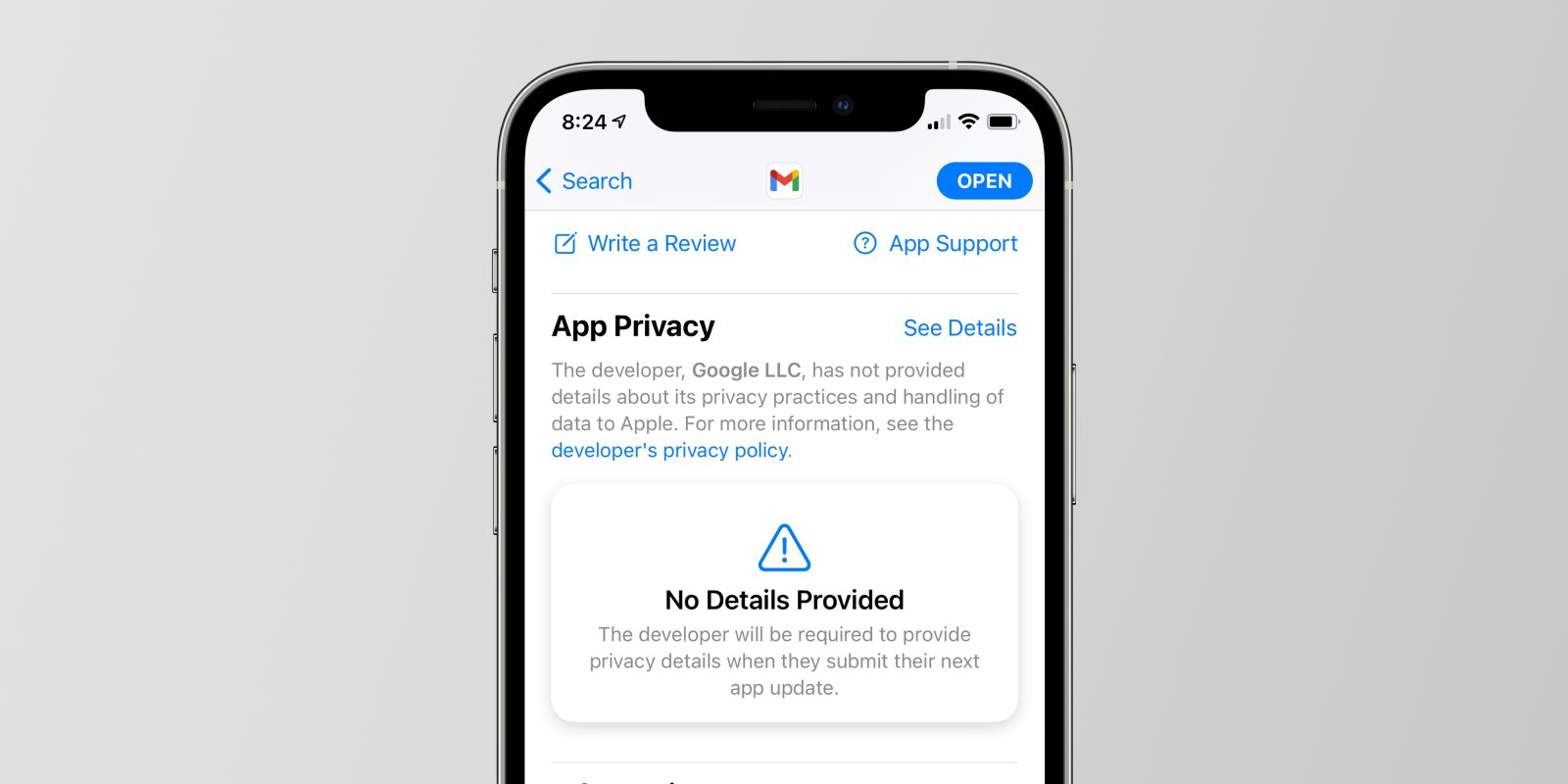 Earlier today, it was reported that Google hasn’t updated any of its iOS apps since December 7, a day before Apple required developers to provide a privacy report for every app available on the App Store. However, Google has now said it will update its iOS apps with privacy details beginning this week.

Since December 8, all developers are required to fill out a privacy report that contains all information about which personal data each iOS app has access to, such as location, browsing history, contacts, photos, and more.

By coincidence, as noted by Fast Company, Google stopped releasing updates to its iOS apps the day before Apple started applying its new App Store guidelines. As a result, none of Google’s iOS apps have the new privacy report.

While the original report suggested that the company was avoiding the App Store privacy labels, Google has now confirmed to TechCrunch that their iOS apps will be updated as of this week with such information. According to TechCrunch, most of the Google staff were off in late December due to the holidays, so this is the reason why Google’s iOS apps have not been updated since then.

While it may seem Google is skirting Apple’s new rules, we must also be careful about reading too much into the update timing. A slowdown in December app updates isn’t unusual by any stretch. Reached for comment, a Google spokesperson confirmed the company has a plan to add privacy labels across its app catalog.

The report also mentions that two Google apps for iOS, Google Slides and Socratic, were updated after Apple rolled out the App Store privacy labels — although the apps still don’t have the privacy report. It suggests that Apple gave Google a bit more time to adequate its apps according to the new privacy guidelines, but that Google wasn’t planning to break Apple’s rules.

Google didn’t provide an exact date to release updates to its apps on the iOS App Store, but the company has stated that it will start including the requested privacy report as of this week or next.