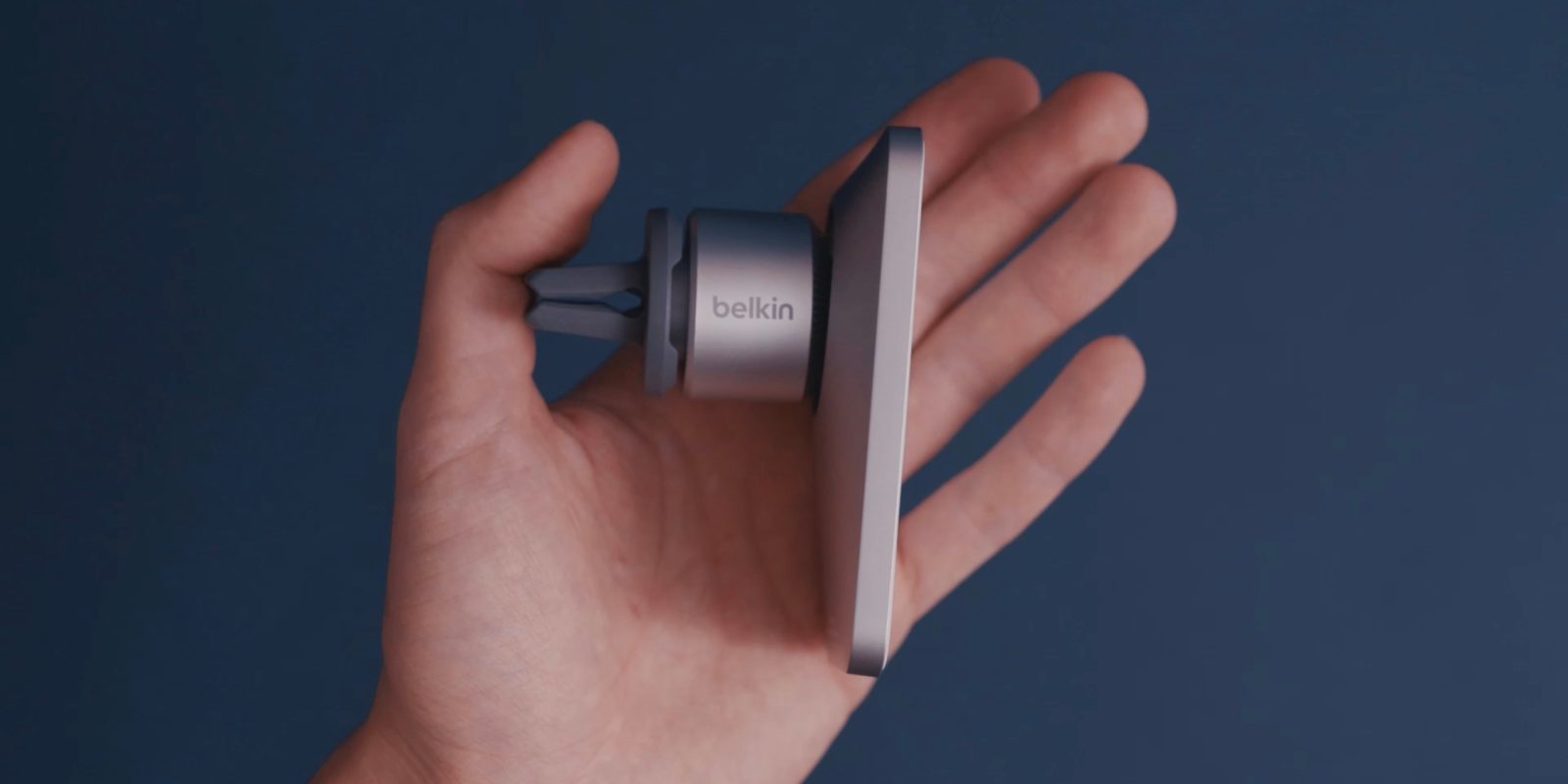 A little over two months after the release of the new iPhone 12, and we still only have a handful of third-party MagSafe accessories on the market. One such accessory, Belkin’s awkwardly-named MagSafe Car Vent Mount Pro, is now available. While a magnetic car mount seems like a natural fit for the MagSafe ecosystem, is Belkin’s new accessory worth it? Watch our hands-on video for the details.

Car mounts have become pretty much essential for car commuters. And while there are various options out there, they all have practically the same design. Previously, magnetic mounts have been a thing, but those have required adding bulk to your phone.

The streamlined design of MagSafe seems like a perfect fit for a magnetic car mount that doesn’t add needless bulk, but is the MagSafe connection strong enough to withstand the turbulence you encounter while driving?

As the name suggests, Belkin’s accessory mounts directly onto your car vent. I usually worry about the lack of grip on the mount, but the silicone tips do a very good job securing itself.

The build quality isn’t terrible, but it isn’t fantastic either. The design looks like it would be made out of aluminum, but it’s coated plastic. While lightweight, the mount is pretty large due to the MagSafe design. The mount allows for small adjustments, and can also maneuver into landscape mode.

Before owning this car mount, I had a thin plastic case from Amazon for my iPhone 12. Unfortunately, the MagSafe doesn’t have its full magnetic strength under a non-MagSafe case. While it does snap into place, the magnet is too weak to sustain any hold. I made a trip to the Apple Store to pick up a Leather MagSafe iPhone 12 case, and it worked beautifully. There are cheaper iPhone 12-compatible magnetic case alternatives that you can use, but Apple’s solution is best.

My main issue with Belkin’s accessory is in reference to its name. Belkin advertises this as a MagSafe Car Vent Mount Pro with ‘pro’ in all caps for emphasis. If MagSafe allows wireless charging in addition to the magnetic functionality, why isn’t it included? There is a built-in cable management provision for securing a Lighting cable for direct connection to your phone, but wireless charging directly from the mount would have been a whole lot better. Thus, Belkin’s magnetic mount doesn’t seem very pro to me.

If you’re someone like me who doesn’t have CarPlay for navigation, the Belkin Magsafe Car Vent Mount Pro does a good job holding your phone. It’s nice that my phone doesn’t need anything additional to have a magnetic car mount. It’s simple, sleek, and has a design that works as advertised.

Most of the credit can go to Apple for implementing MagSafe in the first place, but Belkin has done a decent job implementing the technology into their mount. I just wish the product had additional features like wireless charging or a premium build since Belkin was so keen on adding ‘pro’ to its name.

What do you think? Sound off down below in the comments with your thoughts.

Tim Toda is a filmmaker based in LA. He also reviews and produces video reviews for 9to5.

My favorite mug that keeps my coffee warm all morning.