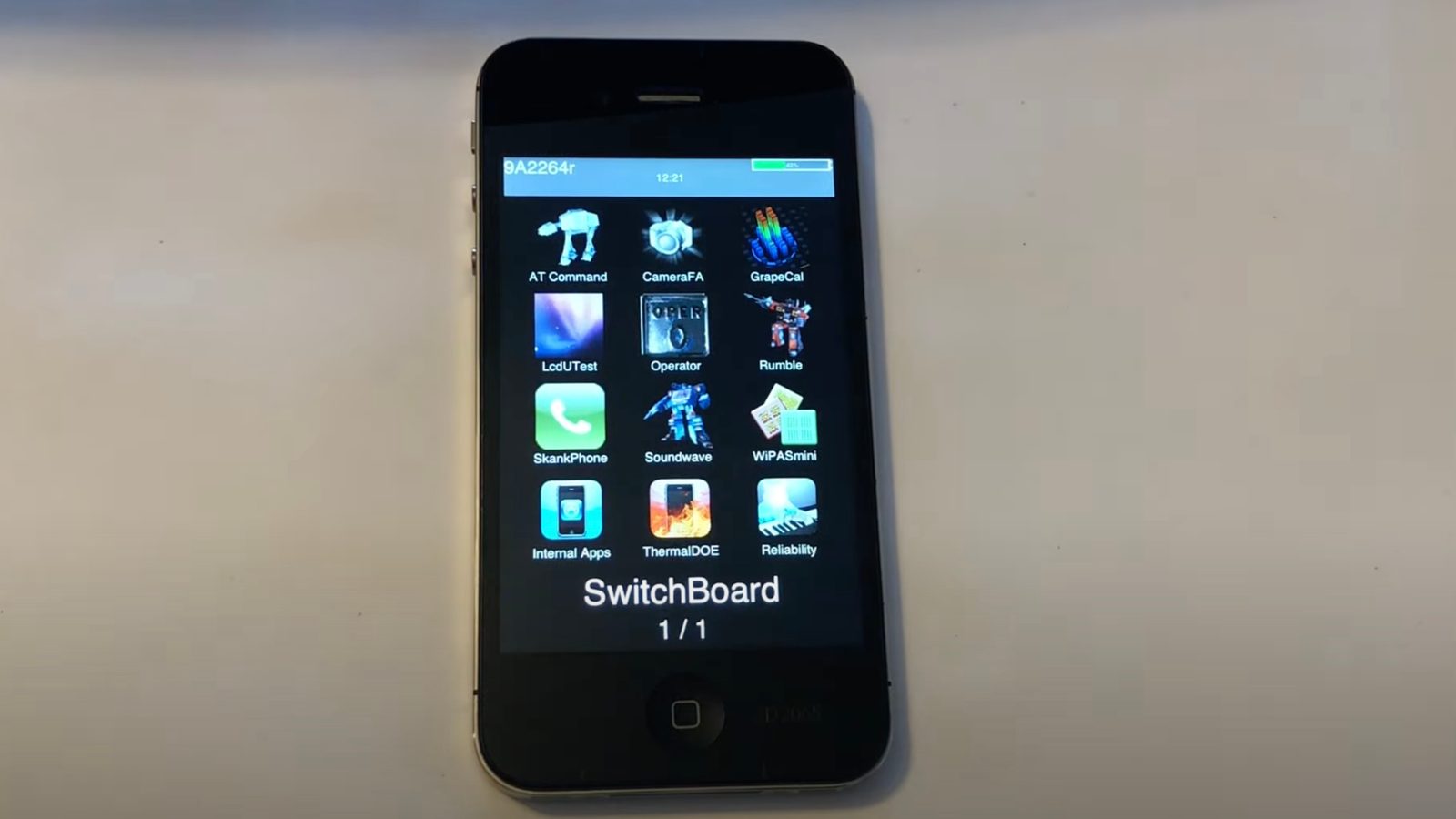 A new video published by the YouTube channel Apple Demo this week offers a really interesting look at a prototype version of the iPhone 4S. The video shows the iPhone 4S during the design validation testing phase of its development, with an interesting tie to Steve Jobs’ tenure at Apple.

This iPhone was used by engineers to analyze the software behavior of “crashing a specific hardware component, known as the baseband,” the video explains. After crashing the baseband, the phone would check to ensure that the baseband and associated data was still readable.

The iPhone 4S in the video is running a form of iOS not designed to be used by consumers. The applications on the iPhone are meant purely for testing.

Following this testing, the iPhone 4S would have been sent to a recycling facility to be demolished, but this specific model somehow got into the wild and still lives on today. The video calls this iPhone “one of the most historically significantly pieces” ever seen.

Every Apple device has a serial number, a series of identifiable information which is unique to every Apple device ever manufactured. This iPhone’s manufacture date falls just one week before Steve Jobs resigned as the CEO of Apple. While to some people, it might just seem like this is some old, obscure piece of development hardware, and they technically are right.

But really, this truly is much, much more than that. This prototype represents the end of Steve Jobs’ lasting legacy at Apple. With these prototypes being one of the very last units that was ever manufactured under his complete supervision.

The full video is incredibly interesting and offers one of the most unique looks we’ve seen at an iPhone 4S prototype before. Check it out below.