Students encouraged to use iPads to craft stories to find their inner MLK Jr. 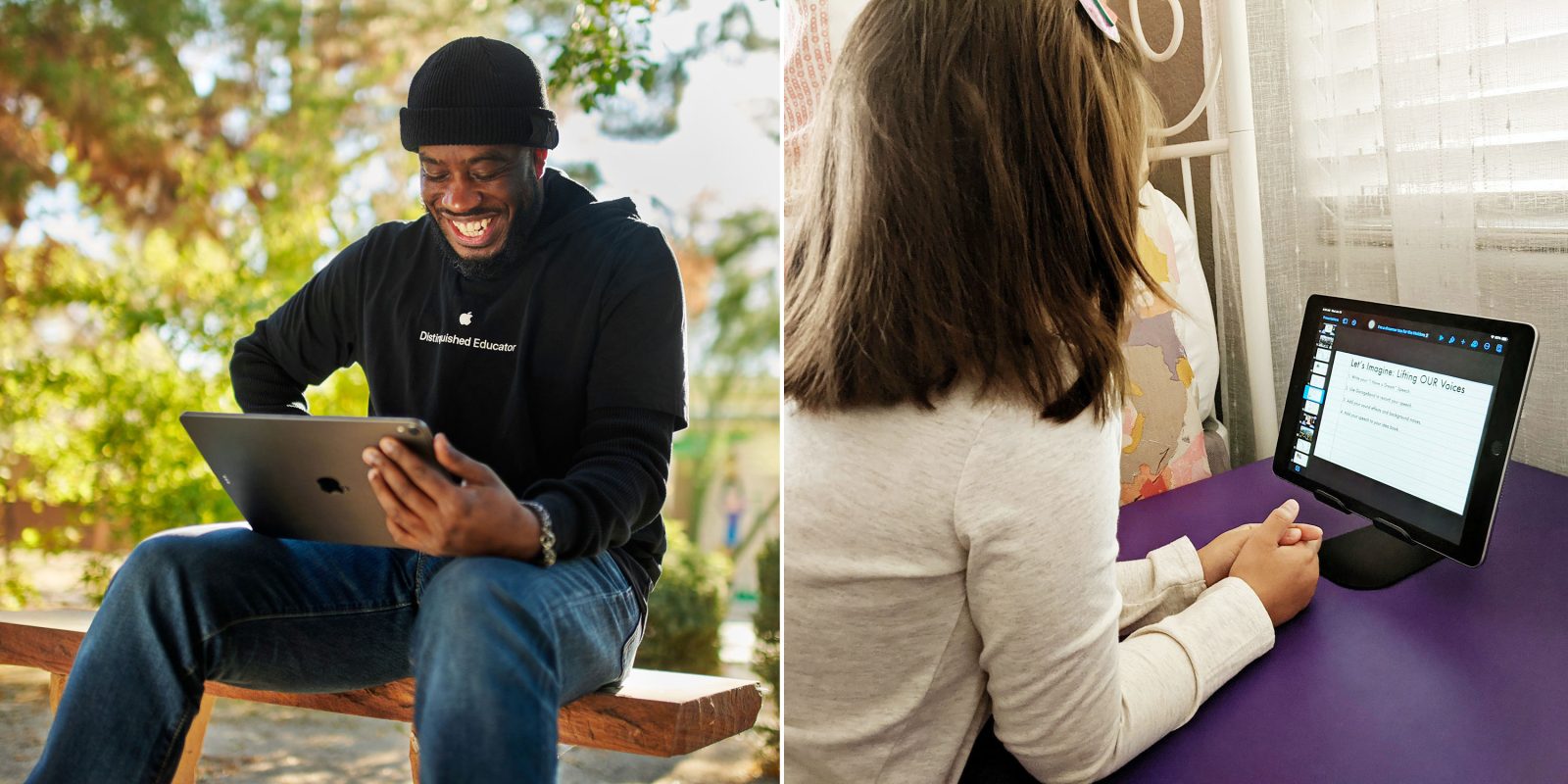 Students in Las Vegas are being encouraged to use iPads to craft stories in which they see their potential to be inspired by MLK Jr.

Apple reports on the initiative as it uses the company’s home page to honor Dr. Martin Luther King Jr.

Mike Lang, the elementary school technology teacher behind the project, said there are three elements to it, each with a different goal – beginning with persuading kids that they matter …

Lang initiated a three-part project with his kindergarten and first grade students to honor Dr. Martin Luther King Jr.’s legacy and instill a sense of civic duty in them. “That’s the ultimate goal: We want people who are going to be informed, passionate, patriotic in the true sense of that word, and who are going to be empathetic.”

The first part of Lang’s project is designed to show kids that they are valuable, using children’s book author Christian Robinson’s You Matter as a starting point for self-reflection. “Kids have to have a level of self-esteem to believe that their point of view matters, their story matters, their opinions matter, and their ideas matter,” he says. “It’s important for students to understand they have inherent power just because they are themselves.”

Students will use iPad to capture and edit images of themselves, their family, and their neighborhoods, and then craft their stories about why they matter using the PBS Kids Scratch Jr. coding app on iPad.

Parts two and three then build on this.

Next, the students will research Dr. King’s life and legacy using Brad Meltzer’s book I Am Martin Luther King Jr., and compare and contrast themselves to him by creating double exposure portraits of themselves with the civil rights leader. Finally, in the “I’m a Dreamer, Too” segment of the project, Lang will ask them how they can be of service to each other and their neighbors.

Lang, who has been recognized as an Apple Distinguished Educator, says that he has been using Apple kit to help his teaching since 2004, when he was teaching English as a Foreign Language in Taiwan.

After purchasing an iPod in Taiwan in 2004, Lang leaned on American music — from classic rock to hip hop — to immerse his students in the English language. And when he arrived in Las Vegas three years later, he set out to acquire as many iPod shuffles and nanos he could get his hands on, using the audio editing software Audacity on Mac to record his lessons and distribute them to his students.

“I saw how technology could transform and transfer information to students far more efficiently than me trying to explain it,” Lang says. “I became a digital learning coach after that and started to spread the gospel of having kids make things with devices. I’ve been blessed to grow with the evolution of digital in classrooms.”

Apple is also encouraging kids to take action on racial equity and justice through a discussion guide and workbook, which has been welcomed by the youngest daughter of MLK Jr., Rev. Dr. Bernice King.