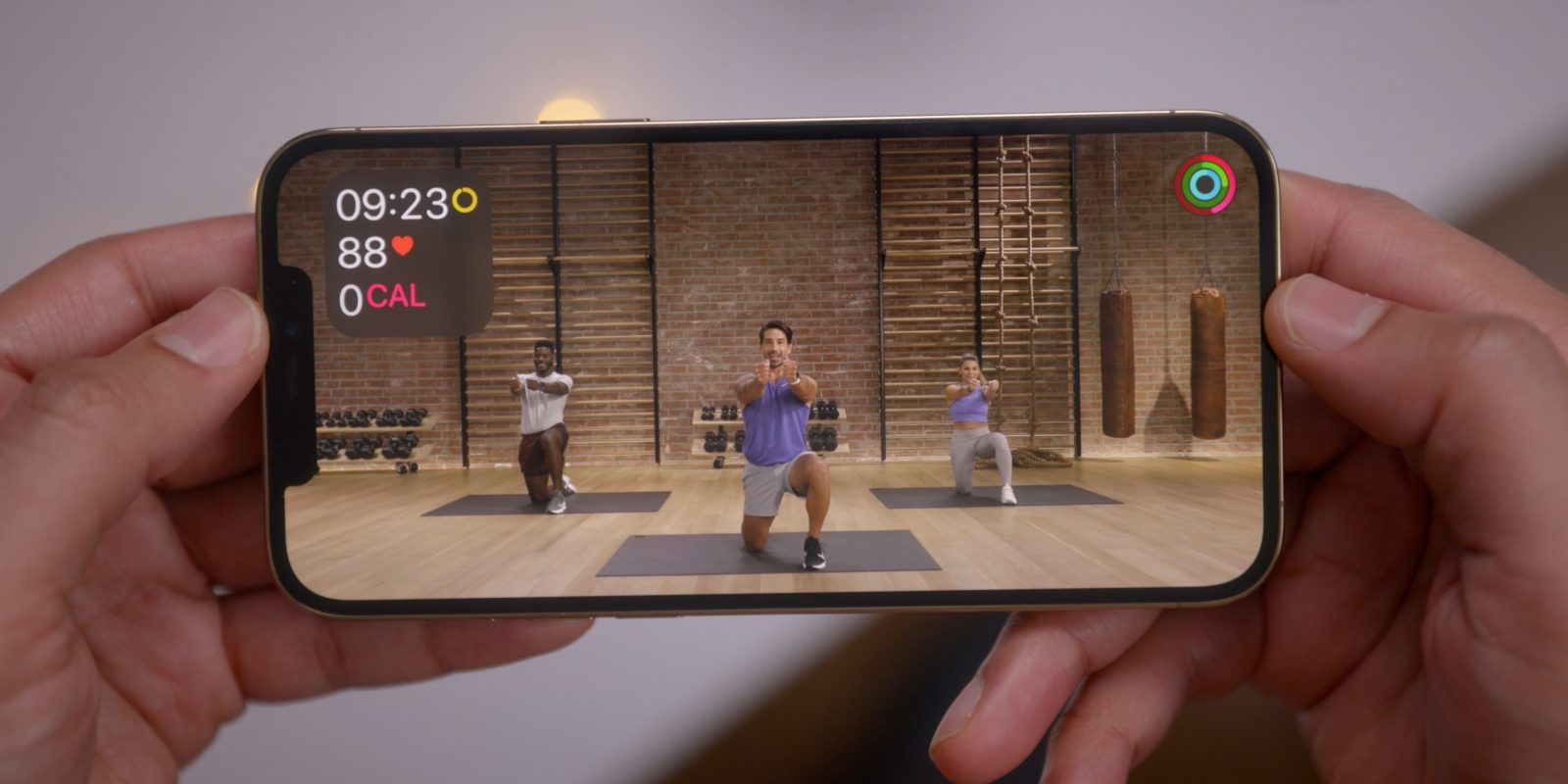 The first developer betas of iOS 14.5, iPadOS 14.5, tvOS 14.5, and watchOS 7.4 are now available. While we’re still digging through the releases to learn everything that’s new, there is one notable change for Apple Fitness+ users: support for AirPlay 2.

As first reported by TechCrunch, Apple Fitness+ is adding AirPlay 2 support for sending audio and video to a compatible set-top box or smart TV. This newest round of beta releases includes support for the functionality.

While the Apple TV includes its own Fitness application for accessing Fitness+ content, AirPlay support means that users can now cast Fitness+ workouts to devices with built-in AirPlay support, such as smart TVs and set-top boxes.

The limitation here is that metrics won’t be displayed on-screen:

The biggest difference here is that metrics won’t be displayed on screen. That means you lose things like your rings, calories burned, etc. They’ll have to rely on the connected Apple Watch and iPhone or iPad for that information. Not the end of the world, but they’re an important part of the Fitness+ experience. Apple no doubt wants to continue to incentivize its own hardware ecosystem, while working to grow the exercise app.

The lack of AirPlay 2 support was one of biggest complaints about Apple Fitness+ when it launched in December. At the time, it was unclear whether it was a technical limitation, a decision related to DRM, or simply a lapse in feature development by Apple.

As of right now, iOS 14.5, iPadOS 14.5, tvOS 14.5, and watchOS 7.4 are only available to developer beta testers. We expect a public beta to be released as soon as this week, followed by a general release to everyone sometime in the next couple of months.

If you spot any changes in iOS 14.5 beta 1, or the other new betas from Apple today, let us know in the comments below or on Twitter @9to5Mac. Stay tuned for our full hands-on coverage with the new releases right here at 9to5Mac today.